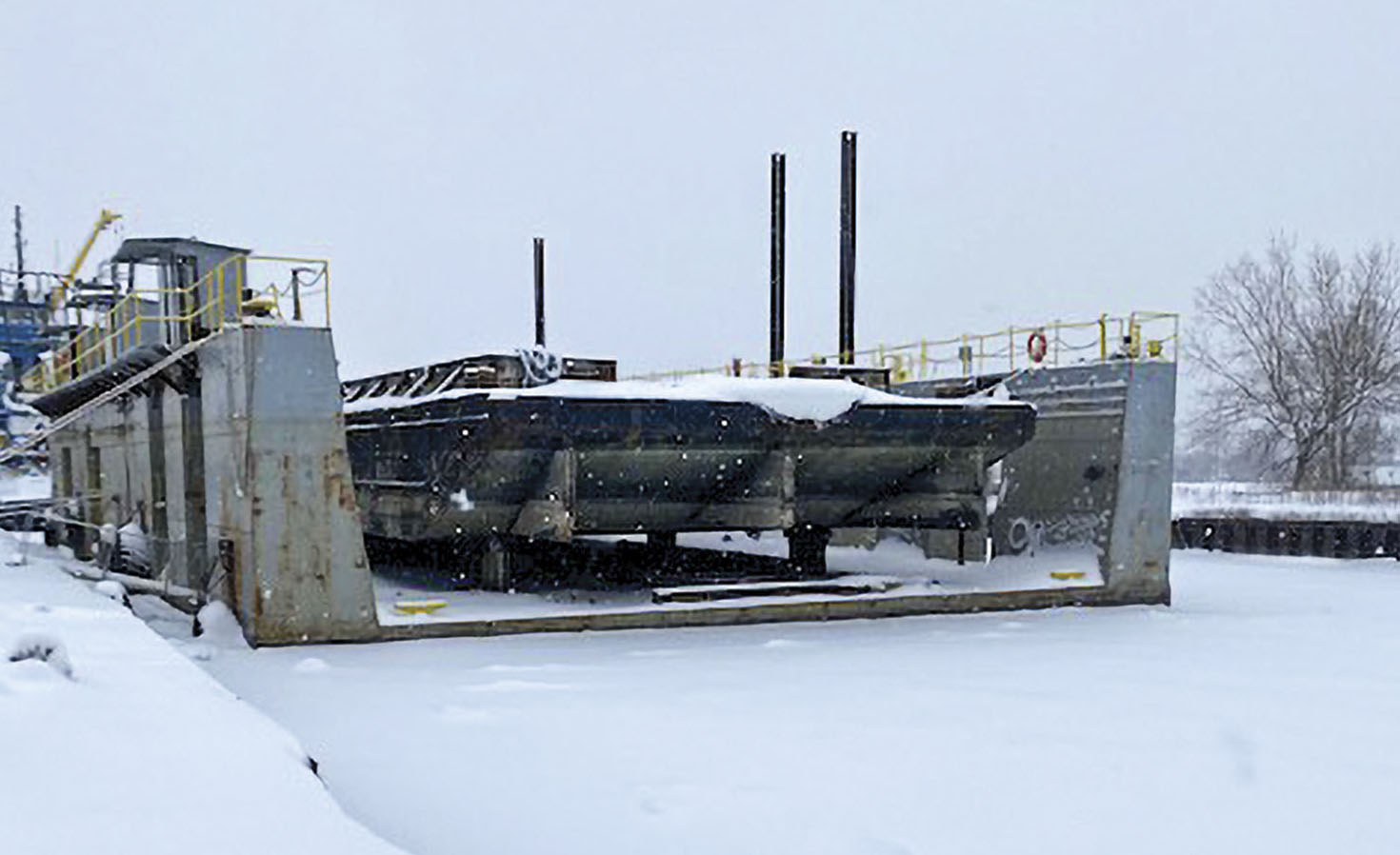 Calumet River Fleeting is leasing the TPG Chicago Dry Dock as part of an agreement in which Calumet expects to buy the facility early next year.

American River Transportation Company (ARTCO) had been leasing the facility from TPG since 2019, but Calumet River Fleeting took over that lease as of January 9.

Terry Hoeckendorff, Calumet’s vice president of operations, said the company already did work in-house on its own vessels, but this will allow it to expand to service other clients, both along the Great Lakes and the inland waterways.

“We’re going to be a full-service shipyard up here,” he said, noting the company will handle carpentry, electrical work on tugs, rudders, shafts and seals and fabrication. It will also perform hull inspections as part of compliance with subchapter M requirements.

The facility has three different drydocks. The largest is 54 feet between the wing walls by 125 feet. The next is 60 feet by 110 feet, and the last is 44 feet by 120 feet, operations manager Bob Farrell said.

Ferrell, who has worked at the drydock facility for 27 years, said Calumet was able to bring back several previous employees, growing the payroll from about a half dozen who remained to 15, many of whom had 20 years or more of experience working there.

Hockendorff said Calumet is also planning for an eventual facility expansion. He would like to bring in a 220-foot drydock capable of handling some of the larger tugs on the Great Lakes.

The lease-purchase agreement, which was for an undisclosed price, came at a good time for Calumet Fleeting.

“The pandemic has not really affected our marine operations at all,” Hockendorff said. “We’ve been full steam ahead throughout this whole pandemic. Last year was actually one of the best years we’ve had on the transportation side.”

He credited that to work both on the Great Lakes, where Calumet hauls tows as far as Montreal, Canada, as well as jobs on the adjacent rivers. Much of Calumet’s work involves running barges to and from steel mills, he said.

With the drydock, Calumet plans to service inland barges, tugboats and even tour boats that cruise Lake Michigan. Ferrell said that should allow the company to stay busy year-round.