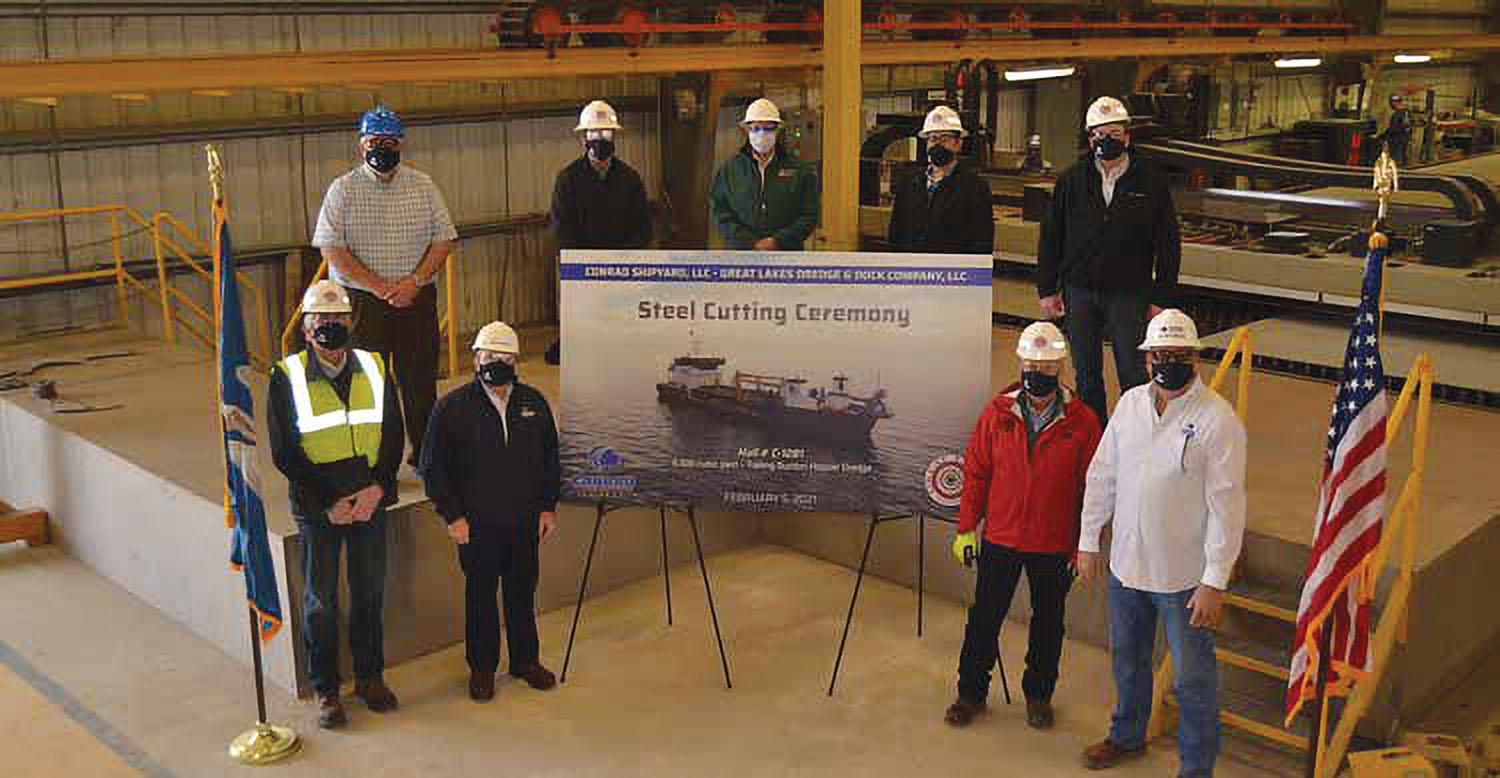 The dredge is scheduled for delivery before the end of the second quarter of 2023.

“The steel-cutting for this new hopper dredge is an important milestone for Great Lakes as we strategically invest in our fleet capacity to meet the nation’s maritime infrastructure needs,” GLDD Chief Operating Officer David Simonelli said during the steel-cutting ceremony. “We are proud to partner with Conrad in the construction of this state-of-the-art Jones Act-compliant vessel, which, when operational, will rebuild and protect our shorelines, deepen and maintain shipping channels and help restore Louisiana’s eroded barrier islands and marshes.”

The dredge, which will measure 346 feet by 69 feet, will be outfitted with two 800 mm. suction pipes capable of working in depths up to 100 feet. The vessel will be able to pump material ashore for renourishment work and will also be equipped with dynamic positioning and tracking, EPA Tier 4 engines totaling 16,500 hp., dredging system automation, and features to minimize the environmental impact of dredging. Crew accommodations will include single-occupancy staterooms, a workout room and a movie theater that will double as training space.

“You are a very competent and hard-working team,” Vidar Lindmoen, new build program director for GLDD, said to the Conrad team gathered to mark the occasion. “We are grateful for the very detailed engineering work that you provided, the open communication and your quick response to our every inquiry. We know from personal experience of Conrad’s outstanding reputation for delivering quality vessels on time and within contracted cost. Our companies are a good match.”

A longtime builder for GLDD, Conrad Shipyard, founded in 1948, operates five shipyards scattered between Louisiana and Texas. The company, headquartered in Morgan City, La., specializes in the design, construction and repair of tugboats, ferries, lifeboats, barges, offshore supply vessels, dredges and other steel and aluminum products for the commercial and government markets.

“Great Lakes has been a valued customer of Conrad, and we appreciate their continued confidence in Conrad to construct this highly automated vessel to complement Great Lakes’ existing fleet,” said Dan Conrad, senior vice president and director of Conrad Shipyard. “We look forward to working with the Great Lakes team to provide another quality vessel to serve the U.S. dredging market.”

With a fleet of more than 200 vessels, Great Lakes Dredge & Dock is the largest provider of dredging services in the United States.