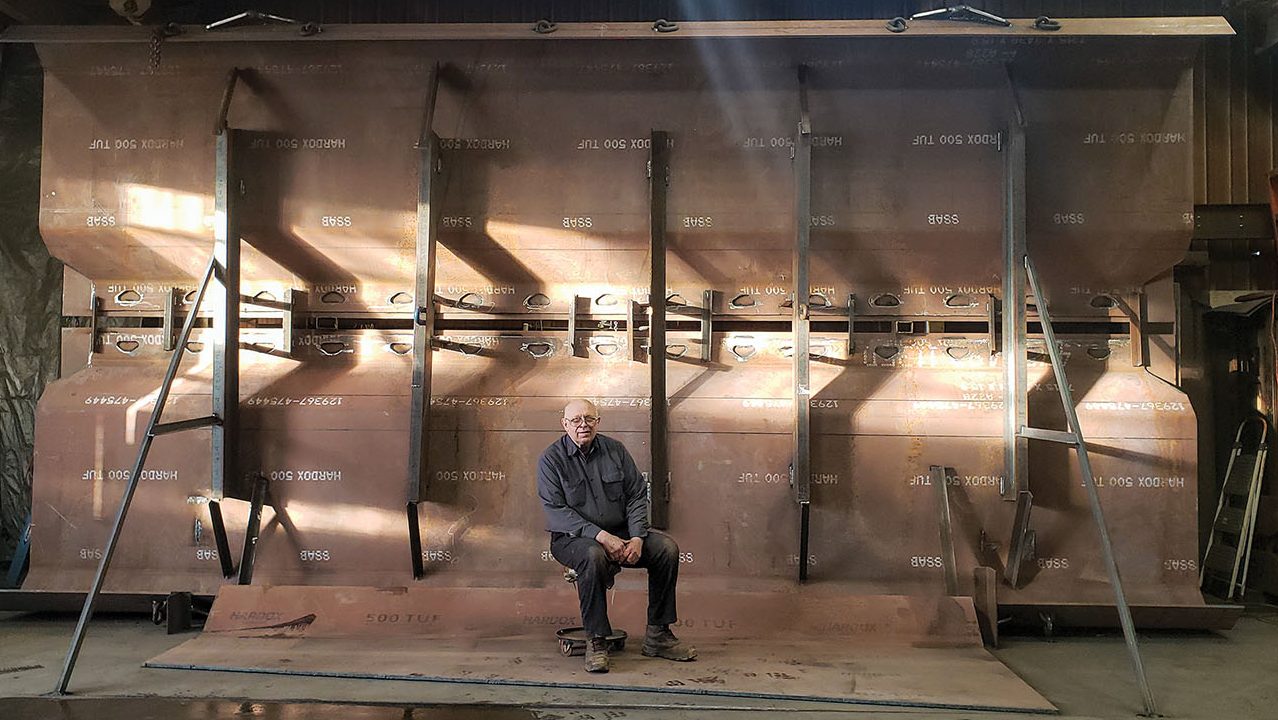 Thirty years ago, Ray Bergeron stopped by the office of The Waterways Journal to explain his new clamshell bucket design. Two years earlier, in 1989, Bergeron had noticed how inefficient existing clamshells were for removing sediment, only carrying a third of the crane lifting capacity per grab.

He set out to drastically improve that number, and by 1993, Bergeron and his company, Cable Arm Inc., began delivering patented, environmentally responsible mechanical clamshells. The design was such a breakthrough for both maintenance and environmental dredging applications that the Western Dredging Association named Bergeron its annual dredger of the year in 2010.

“That bucket is a very good maintenance tool,” Bergeron said, “because it has a large over square footprint, and it removes sediment without digging into the other native material.”

Bergeron said a controlled, shallow cut is beneficial for both the environment and the dredging company. The surgical cut made possible by Bergeron’s clamshell design, along with the company’s ClamVision software, means less material suspended into the water column. It also means more paid material placed in the scow—and with a higher density—for transport, where water discharge is not allowed from dredging transport barges.

“The less water you put in the scow, the higher density of your haul material,” he said. “The clamshell also does better in debris, and it has unlimited transport distance. You can go a short distance, long distance, and with a very limited amount of water, compared to hydraulic pump dredges.”

Bergeron said he builds about 10 to 12 buckets per year from his home state of Michigan, with buckets delivered throughout Canada, Denmark, Japan and the United States. His most recent bucket is a 30-yard clamshell that measures 24 feet by 23 feet when fully open. That bucket will be delivered to the Houston area sometime in March. The bucket will be paired to a Liebherr crane and used in channel and harbor maintenance work.