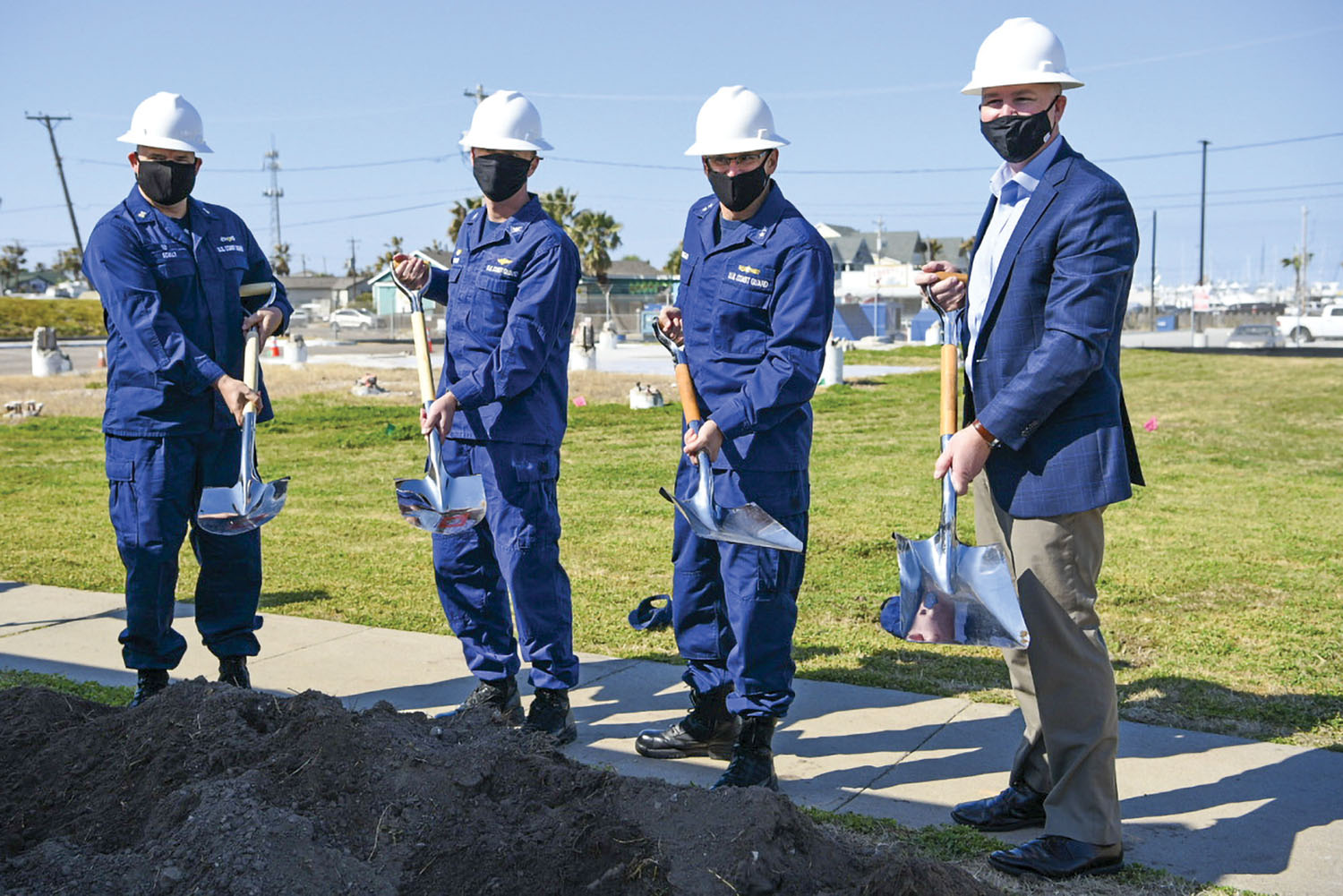 Members of U.S. Coast Guard Station Port Aransas gathered February 22 to break ground on a new 25,000-square-foot multipurpose building in Port Aransas, Texas. The station’s previous base of operations was severely damaged in 2017 as Hurricane Harvey made landfall as a Category 4 storm in Rockport, just miles away.

The new building is slated for completion in May 2022. In addition to the new building, new work on site will include a concrete pier, docks, covered mooring space and a boat ramp.

“We are excited to break ground on our new facilities in Port Aransas,” Master Chief Petty Officer Jeffery Scully, officer-in-charge of Coast Guard Station Port Aransas, said. “We are looking forward to having a new state-of-the-art station to better serve our community of Port Aransas and the Coastal Bend.”

“I was truly honored to be a part of the groundbreaking ceremony at Station Port Aransas and to help recognize the significance of this project, which will be completed next year,” Nadeau said. “The station crew has been diligently working out of temporary trailers and deserve new state of the art facilities to ensure the Coast Guard can continue operating efficiently and effectively across the region, ultimately saving lives and keeping the nearby pristine waterways safe and secure. It was a great day for the Coast Guard and Port Aransas, and I am very excited for the crew and the community.”