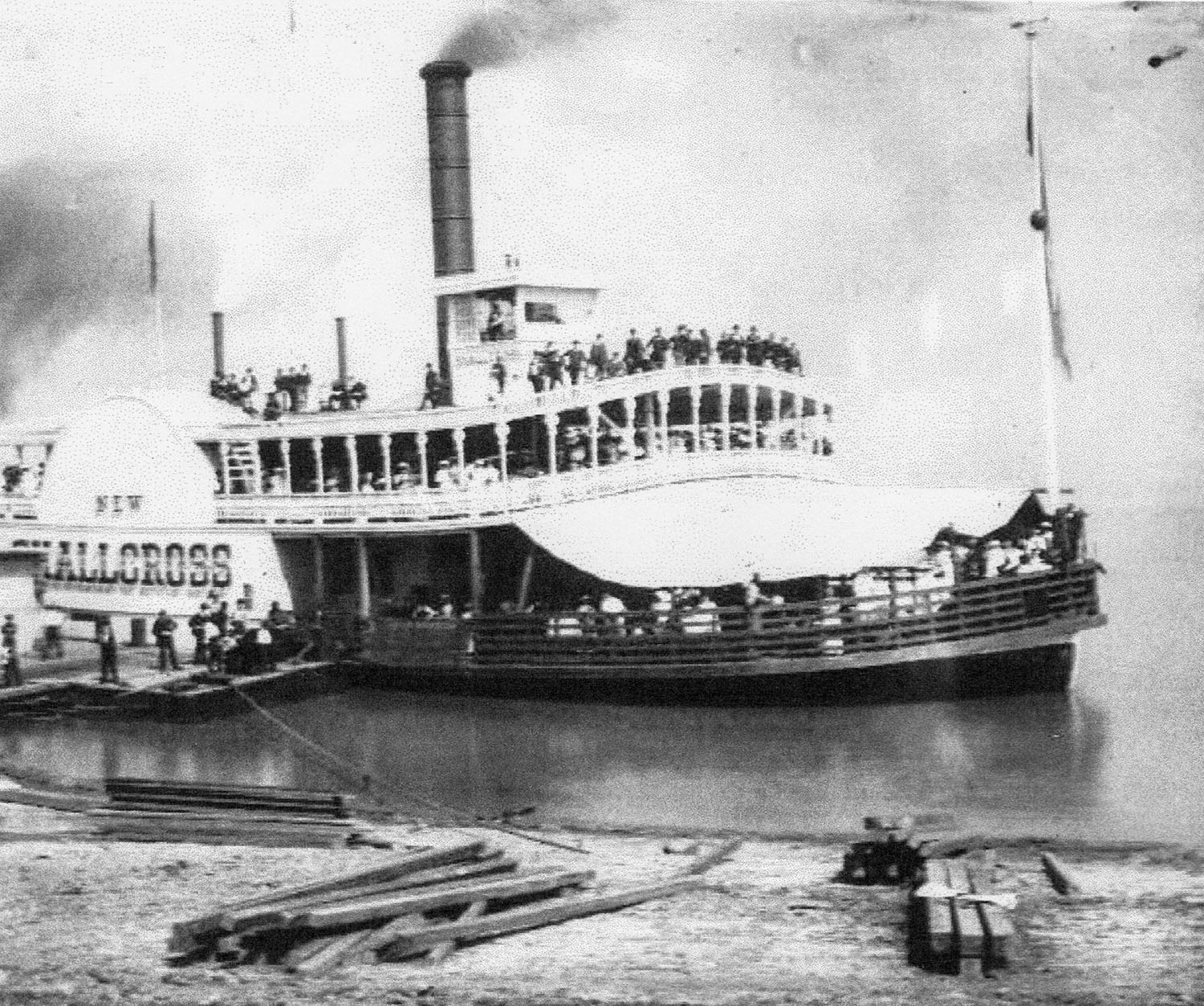 Death Of A Stellar Steamboat Builder

It isn’t widely known that James Howard, founder of the Howard Shipyard in Jeffersonville, Ind., emigrated from Lancashire, England, in 1819 at the age of 5. Accompanied by his parents, John and Martha, and 3-year-old brother Daniel,  he landed at Brooklyn, N.Y., after a grueling six-week ocean voyage. A wagon train brought the family west, and the story has it that James and his mother relinquished their seats and walked for much of the way so John, who was ill, could lie down in the wagon.

The journey took them from New York to Wheeling, Va., (now West Virginia) where the young family boarded a flatboat bound for Cincinnati. A weaver by trade, John Howard established a small woolen mill that employed the entire family.

James and Daniel, in their teenage years, apprenticed to Cincinnati boatbuilder William Hartshorn. By 1834, the brothers established their own business at Jeffersonville, building the Hyperion for a client in Apalachicola, Fla.

The other steamboat they built that year was the ferry Black Locust. With a catamaran-style hull constructed of locust wood, the riverboat was in service for 23 years, when most steamboats were considered lucky if they survived five years. The longevity of the Black Locust gave the Howard yard a golden reputation for building sturdy and fine vessels that would last until the shipyard was sold to the U.S. Navy in 1941.

On October 14, 1876, James Howard was aboard the Louisville-Jeffersonville ferry John Shallcross. Headed home after a day of tending to business on the Kentucky side of the Ohio, James remained seated in his carriage during the crossing. Allegedly, the whistle of the ferry startled the horse, which backed the carriage forcefully against a gate that had not been properly latched, sending the buggy, horse and passenger into the river. Witnesses said that they saw Howard surface one time as he attempted to release the harness of the horse before sinking from sight.

Howard’s body and that of the horse were soon recovered, as news of Howard’s untimely demise quickly spread. The river that had brought James Howard and his shipyard great prosperity had also claimed his life at 61 years of age.

On the day of his funeral, many businesses on both sides of the Ohio were closed and draped in mourning, and flags everywhere were flown at half-staff.

James Howard was interred in Louisville’s Cave Hill Cemetery. The Rev. James Craik, rector of Christ Episcopal Church, officiated at the graveside service, which was attended by some 1,500 people. On the  route to the cemetery, it was estimated that 50,000 people lined the streets and stood respectfully silent as the cortège passed.

Craik later wrote, “It was the grandest and most imposing funeral I ever witnessed. There were no societies, no music, no military display; the usual trappings of an imposing funeral, to mark the obsequies of this boatbuilder. We have buried Zachary Taylor from this church, and all that the great power and majesty of the great government could do to make the occasion grand and honorable was done, but it was nothing in comparison with the funeral solemnities of the simple, untitled citizen James Howard.”

The John Shallcross was built at Louisville and named for one of the owners of the Louisville & Jeffersonville Ferry Company. Shallcross (what an appropriate name for a ferry operator!) bought into the firm in 1838, and by 1863 had a new boat built and named in his honor.

In January 1865, the ferry lost power and was swept down over the Falls of the Ohio before lodging in an area called Big Eddy, where the river flows upstream for nearly a half mile. The passengers were taken ashore by skiff, and the ferry was later refloated by a rise in the river. The riverboat ran until dismantled in 1877.

A replacement ferry, named New Shallcross, was constructed by the Howard Shipyard in 1878. This vessel operated until 1891. The engines (20-inch cylinders with a 6-foot stroke) and doctor pump were recycled for use aboard the ferry Columbia, built by the Howard yard in 1892.

Caption for top photo: The ferry New Shallcross was built in 1877 from identical plans for the John Shallcross. (Keith Norrington collection)