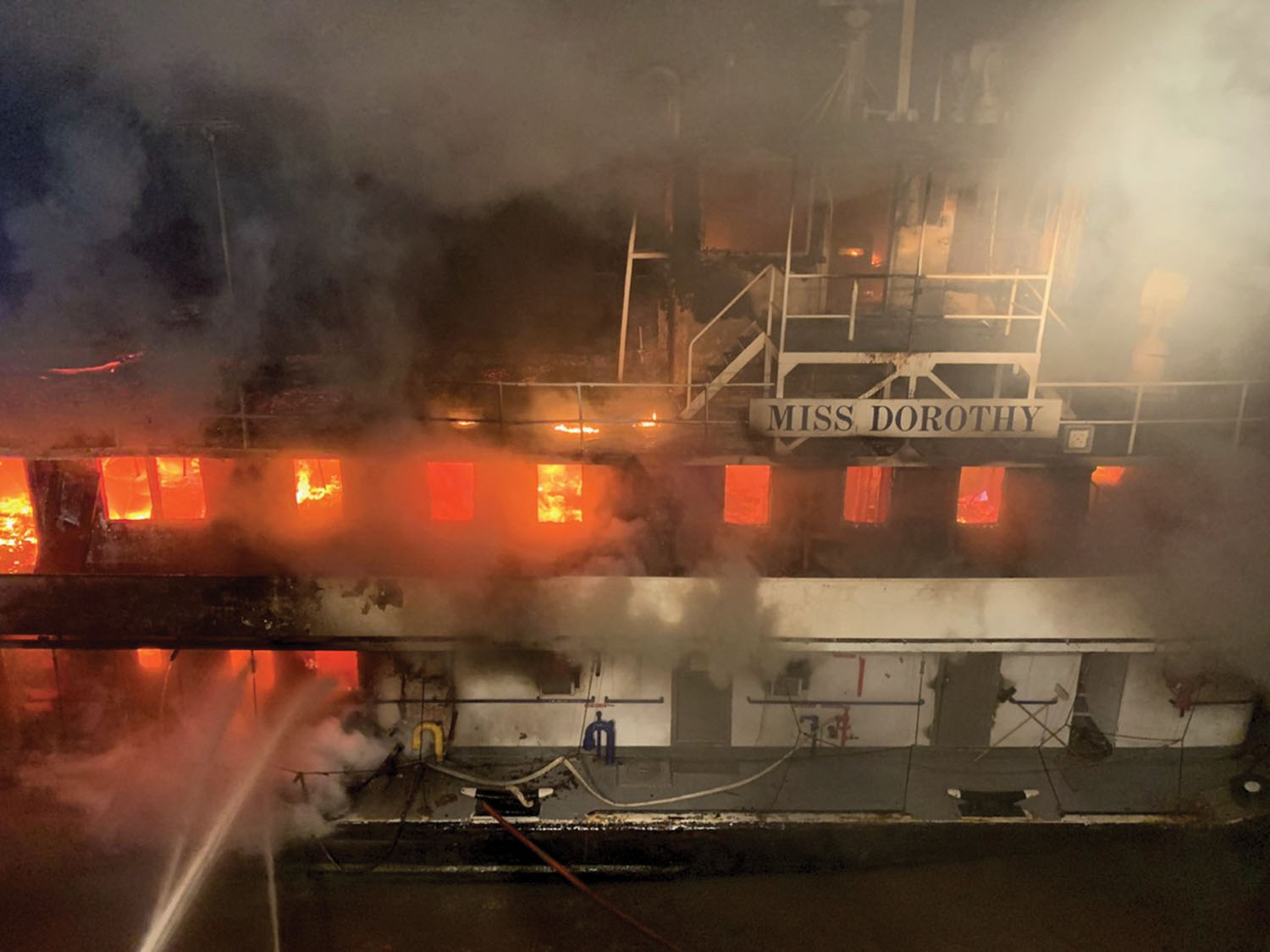 No one was hurt when a fire broke out on the mv. Miss Dorothy early March 17, causing major damage.

The fire departments declared the blaze under control at 8:49 a.m. No hazardous materials were released, Hill said. He added that although all the agencies train together regularly for incidents such as the fire, it was the first fire on the Mississippi River that all agencies have responded to together.

According to the Inland River Record, the mv. Miss Dorothy was built in 1956 by Dravo Corporation, in Neville Island, Pa. It was originally the Eastern and originally owned by Union Barge Line Corporation, Pittsburgh. It was last sold in December 2015 and named the Miss Dorothy in August 2016 by Western Rivers.