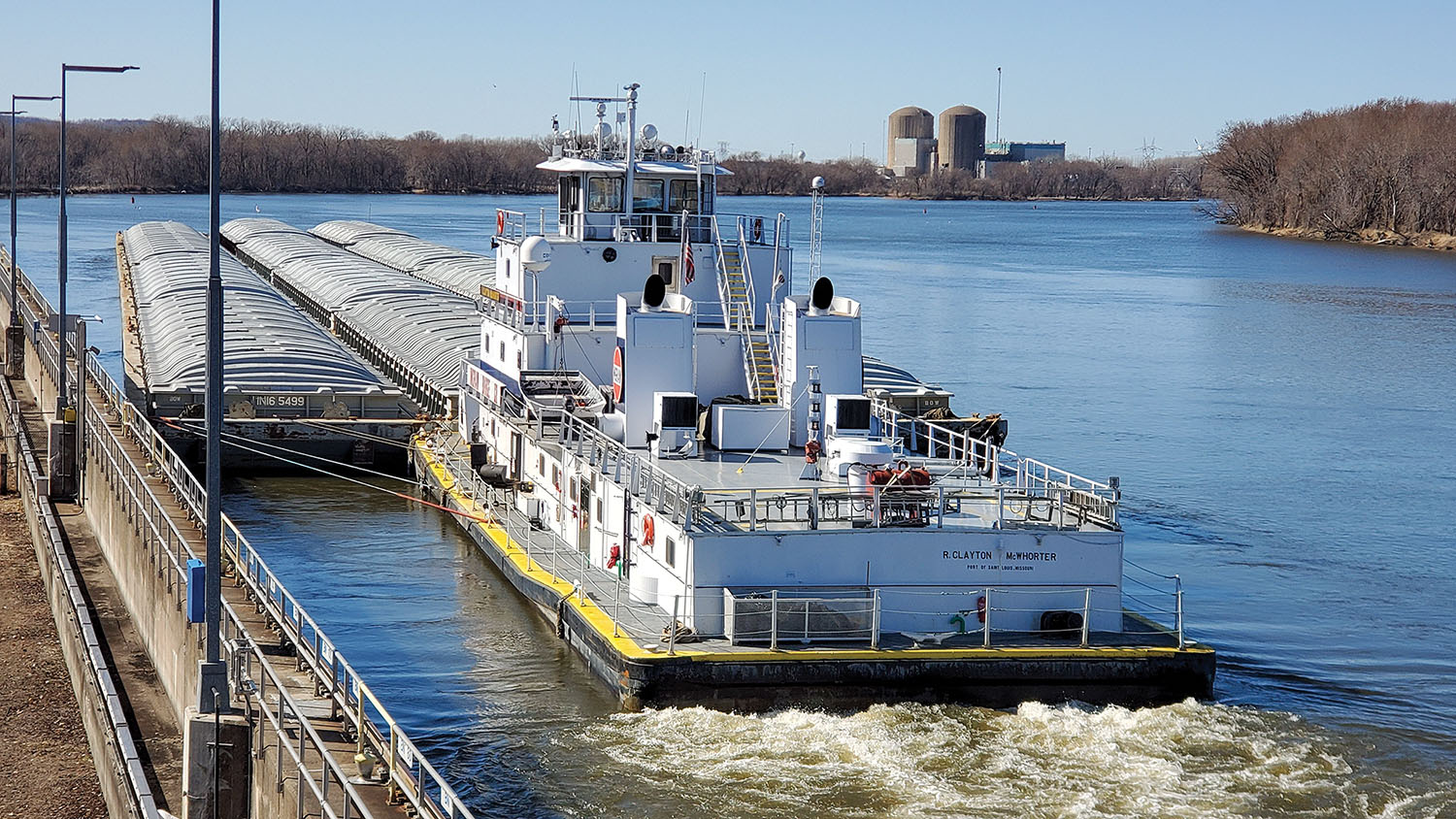 On March 19, the St. Paul Engineer District reported the opening of the 2021 navigation season when the mv. R. Clayton McWhorter pushed 12 barges through Lock and Dam 3, near Welch, Minn., at around 1:45. A number of news outlets picked up and repeated the announcement. But it won’t be a complete opening until work is completed at Lock and Dam 25 at Winfield, Mo.

Traditionally, the navigation season is considered to open with the first tow originating from St. Louis or below and passing through all of the Upper Mississippi locks and Lake Pepin to reach the Twin Cities.  However, the R. Clayton McWhorter originated from the Quad Cities. Nevertheless, the district reported that the tow “marks the unofficial start of the 2021 navigation season.”

Located between the Minnesota cities of Red Wing and Wabasha, Lake Pepin is the last major barrier for vessels reaching the head of the navigation channel in St. Paul, Minn. The lake (really a wide spot on the river) is the last part of the river where ice breaks up, because the river is wider and subsequently the current is slower there than it is at other reaches of the river. If a tow can make it through Lake Pepin, it can make it all the way to St. Paul.

The district added, “While the start of navigation is an exciting time for the region and a welcomed sign of spring, ongoing construction south at Lock and Dam 25 near Winfield, Mo., will limit navigation on the entire Upper Mississippi River until the end of the month.”

The R. Clayton McWhorter is a twin-screw, 6,120 hp. towboat built in 1975 by Dravo Corporation of Neville Island, Pa. It was formerly named the Steel Rover when it was operated by Ohio Barge Line Inc. It was renamed in 1991 by Ingram Barge Company, Nashville, Tenn.

The St. Paul District maintains a 9-foot navigation channel and operates 12 locks and dams to support navigation from Minneapolis to Guttenberg, Iowa. Keeping this system open is vital to the nation’s economy. On average, agricultural producers save around $1 per bushel on corn and soybeans by using the river to ship their commodities rather than other transportation methods.

The commercial navigation industry estimates an annual average savings of nearly $400 million by using the inland waterways instead of overland shipping methods.