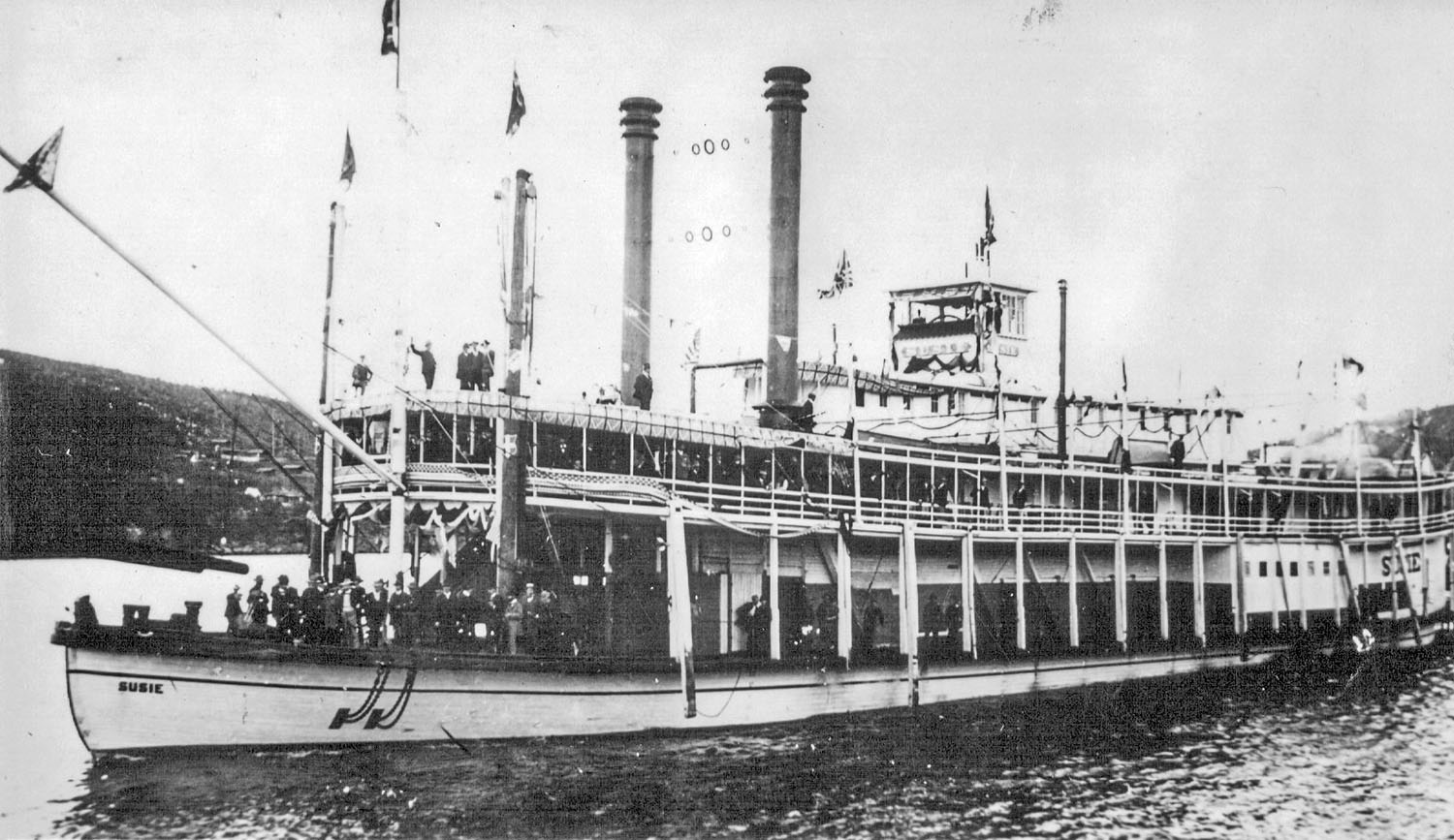 In late 1897, Edmonds J. Howard, esteemed proprietor of the Howard Shipyards & Dock Company at Jeffersonville, Ind., received what very likely was the most unique inquiry in the firm’s existence. The Alaska Commercial Company, based at San Francisco, requested a bid for the construction of four wooden-hulled sternwheel steamboats (three packets and a towboat) to run on the Yukon River during the Gold Rush.

Howard had copious boat-building contracts on his desk and replied with an outrageously high bid in the hope the Alaska folks would take their business elsewhere. To his surprise, an almost immediate reply accepted the proposal.

The shipyard contract specified that the three passenger riverboats would be fabricated at the Howard yard, based on a design similar to the famed Ohio River packet Tell City (built by Howard in 1889) and would be 225 feet in length with a 40-foot width. Each vessel was priced at $25,000 (except the towboat, which was $12,000) with the cost of machinery not included and the cost of assembling the boats to be assumed by the owners. The Zier and Hegewald companies, both headquartered at nearby New Albany, Ind., provided the specifications for the engines and boilers.

According to local newspaper reports in early 1898, Capt. A.M. Hunt, an official of the Alaska Commercial Company, arrived in Jeffersonville (and probably was a houseguest) to discuss the plans with E.J. Howard.

It was agreed that the prefabricated materials for the boats would be shipped to New Orleans and on to San Francisco for construction. This plan was later modified, for records show that most of the actual building took place in Alaska. That a company so distant was adamant in contracting with the Howards is an extraordinary tribute to the stellar reputation of the firm.

A crew of 112 men (42 of them from Jeffersonville) was sent by rail to San Francisco and then by ship to Portland, Ore., where they paused for lumber and provisions. Other workers, including 14 river engineers, boiler makers, pipe fitters, mechanics and machinists, came from New Albany, Madison, Louisville and Cincinnati. After nine days at sea, the crew arrived at Dutch Harbor, in the Aleutian Islands, where a temporary shipyard and housing for the workmen were erected.

By late March 1898, construction was nearing completion, and the boats were towed some 500 miles across the Bering Sea to reach the mouth of the Yukon River.

Dubbed “Queens of the Yukon,” the three packets were registered at 1,130 tons and named Hannah, Susie and Sarah, in tribute to the wives of the principal owners. The towboat, listed at 717 tons, was christened Louise. Among some of the largest boats to ply the Yukon, these vessels could haul large amounts of freight and had a cabin capacity of 150 passengers.

The Susie became the flagship of the company fleet and was the first boat to reach Dawson on August 28, 1898, carrying 400 tons of freight. All four steamboats burned wood until 1901, when the boilers were converted to burn oil. The four steamboats operated regularly between St. Michael and Dawson until the end of the Gold Rush, when all of them were abandoned.

Caption for photo: The sternwheeler Susie on the Yukon River. (Keith Norrington collection)