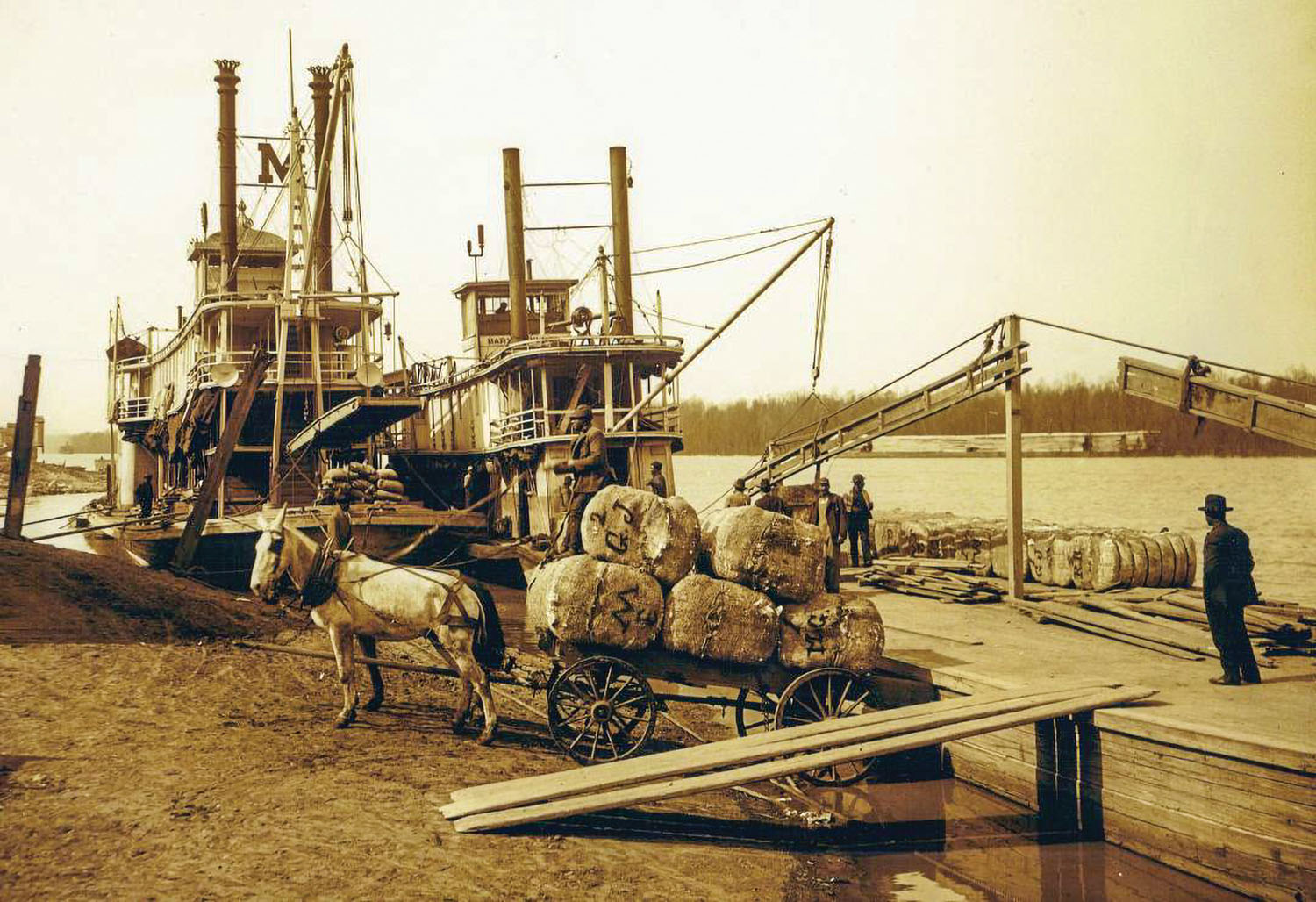 Down Yonder On The Yazoo

In previous Old Boat Columns throughout the past 10 years, we have presented various large and notably palatial cotton packets, such as the Belle of the Bends that ran on the Lower Mississippi mainly in the Vicksburg region. Today we focus upon several of the smaller steamboats that faithfully served the Yazoo River trade.

On the left in the main image is the Alice Miller, built at the Howard Shipyard in Jeffersonville, Ind., in 1904 for a cost of $9,000. Constructed on a wood hull measuring 130 feet in length by 27 feet in width, the sternwheeler, originally named Frank B. Hayne, was built for John P. Parker, of Monroe, La., to run on the Ouachita as well as the Boeuf River, a tributary of the Ouachita that flows for 216 miles through Louisiana and Arkansas.

The machinery had been salvaged from the Parlor City, built by Howard in 1892 and for a time owned by Capt. L.V. Cooley, who used it as the off-season or “summer” boat. That vessel was lost in 1902 when struck by the steamer Natchez while making a landing at New Orleans.

The Hayne was sold in 1908 to C.J. Miller, of Vicksburg, who changed the name to Alice Miller and ran the boat on the Yazoo and Sunflower rivers. On March 26, 1915, while the Alice Miller was laid up at Vicksburg, fire broke out in the kitchen, and the boat was destroyed. It was reported that the steamer was insured for $8,000.

Alongside the Alice in the photograph is its sister steamer, the Mary H. Miller, originally the Addie T. Built on the Ohio River at Higginsport, Ohio, in 1904, the boat was owned by Capt. Robert Taylor. Constructed on a wooden hull that was 112 feet by 24 feet, the wooden-hulled sternwheeler first ran in the Cincinnati-Vanceburg trade. After it was sold to the Miller Line at Vicksburg, the name was changed to Mary H. Miller, and it ran in Yazoo River trades. In early December 1910, the boat sank four miles north of Yazoo City at Whites Bar and was a total loss.

Another rather petite sternwheeler familiar to the Yazoo was the Choctaw. Built at Dardanelle, Ark., in 1899, the wooden-hulled vessel measured 124 feet in length by 24 feet in width, with a depth of 2.3 feet. Two boilers, each 38 inches by 16 feet, supplied steam to engines having cylinders 18 inches with a stroke of 4 feet. The riverboat originally ran on the Arkansas River until 1905, when it was purchased by Capt. Gid Montjoy to run in the Vicksburg trade. The Choctaw was still on the lists as operational as late as 1915.

Although little official statistical information could be located, apparently Capt. Montjoy replaced the Choctaw in 1917 with another steamboat of the same name that was originally the Ohio River packet J.C. Kerr (built in 1884 at Chambersburg, Ohio) and renamed the Chaperon in 1904. The boat ran on the Yazoo and its tributaries until it was destroyed by fire on March 8, 1922, at Melrose Landing on the Tallahatchie River.