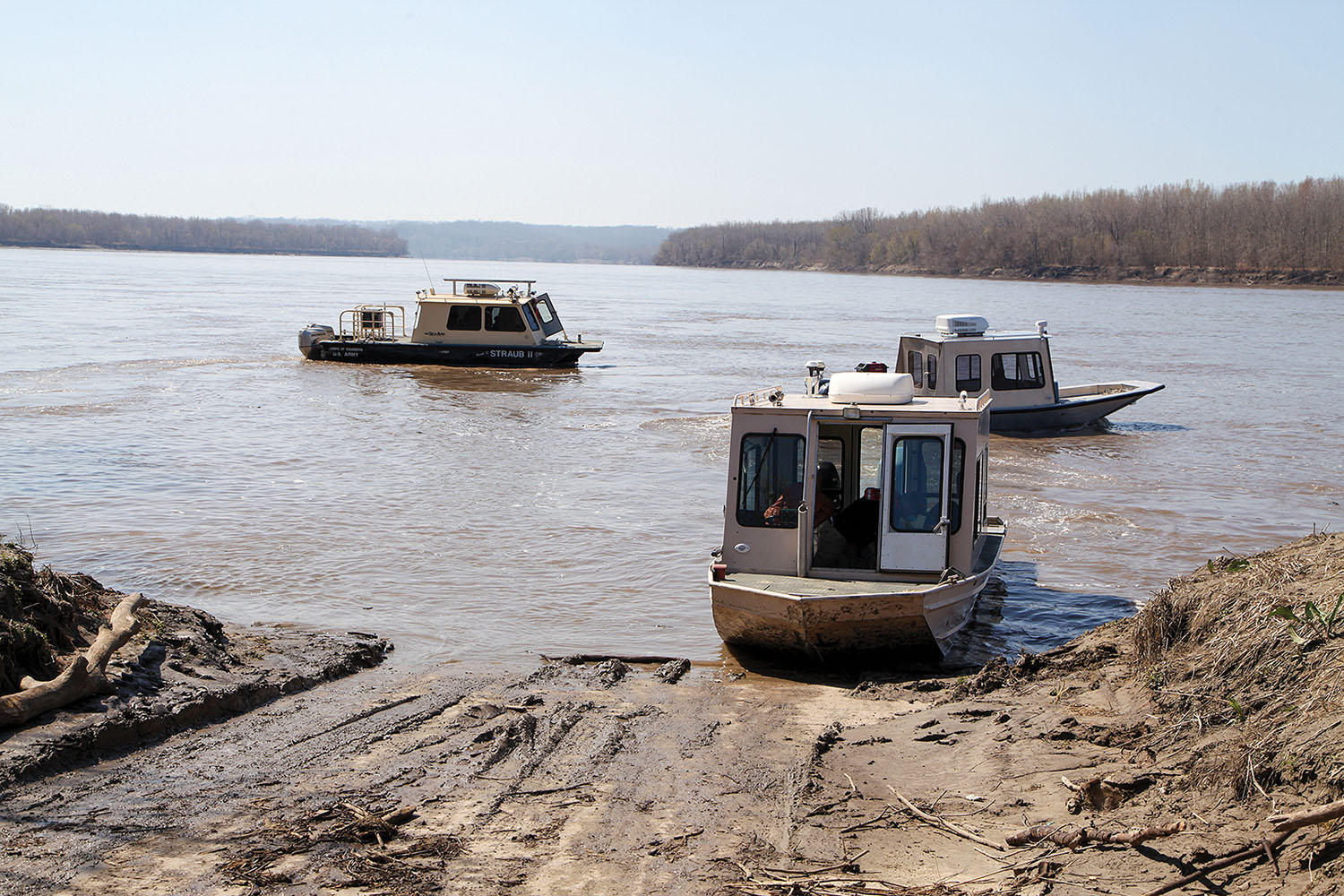 Members of the Mississippi River Commission (MRC) toured the Missouri River along with leaders of the Corps of Engineers from March 29–April 1. The purpose of the tour was to provide an opportunity for the MRC to inspect, listen and partner with neighboring Corps offices and local stakeholders with a focus on Missouri River levees and navigation.

Lt. Gen. Scott A. Spellmon, chief of engineers and commanding general of the Corps of Engineers; Brig. Gen. D. Peter Hemlinger, commander of the Northwestern Engineer Division; Col. William Hannan Jr., commander of the Kansas City District; and Col. Mark Himes, commander of the Omaha District, toured the river with the commission.

In addition to presentations and discussions between  the Corps and the MRC, the group met with stakeholders along the tour route, including the Holt County commissioners, the Missouri Levee & Drainage District Association, the Port of Kansas City and a group of navigation stakeholders.

“After meeting with the stakeholders and partners, I was pleased to hear about the relationships our district and division offices have built with them,” Spellmon said. “This collaboration enables the Corps to build a stronger and more resilient nation.”

The meetings with the Holt County commissioners and the Missouri Levee & Drainage District Association focused on Corps efforts to restore levees after severe flooding in 2019.

“The challenges restoring federal and non-federal levees are different,” Hannan said. “This tour was a unique opportunity to discuss those differences and share ideas between the Army Corps of Engineers, our levee district partners and Mississippi River Commission leaders.”

Also, the group visited the Overton Bottoms project site and the Corps’ Missouri River fish and wildlife mitigation site, along with the restoration of the breached Cooper County levees. The Corps of Engineers partners with the U.S. Fish & Wildlife Service to manage the Overton Bottoms site as a part of the Big Muddy National Fish and Wildlife Refuge.