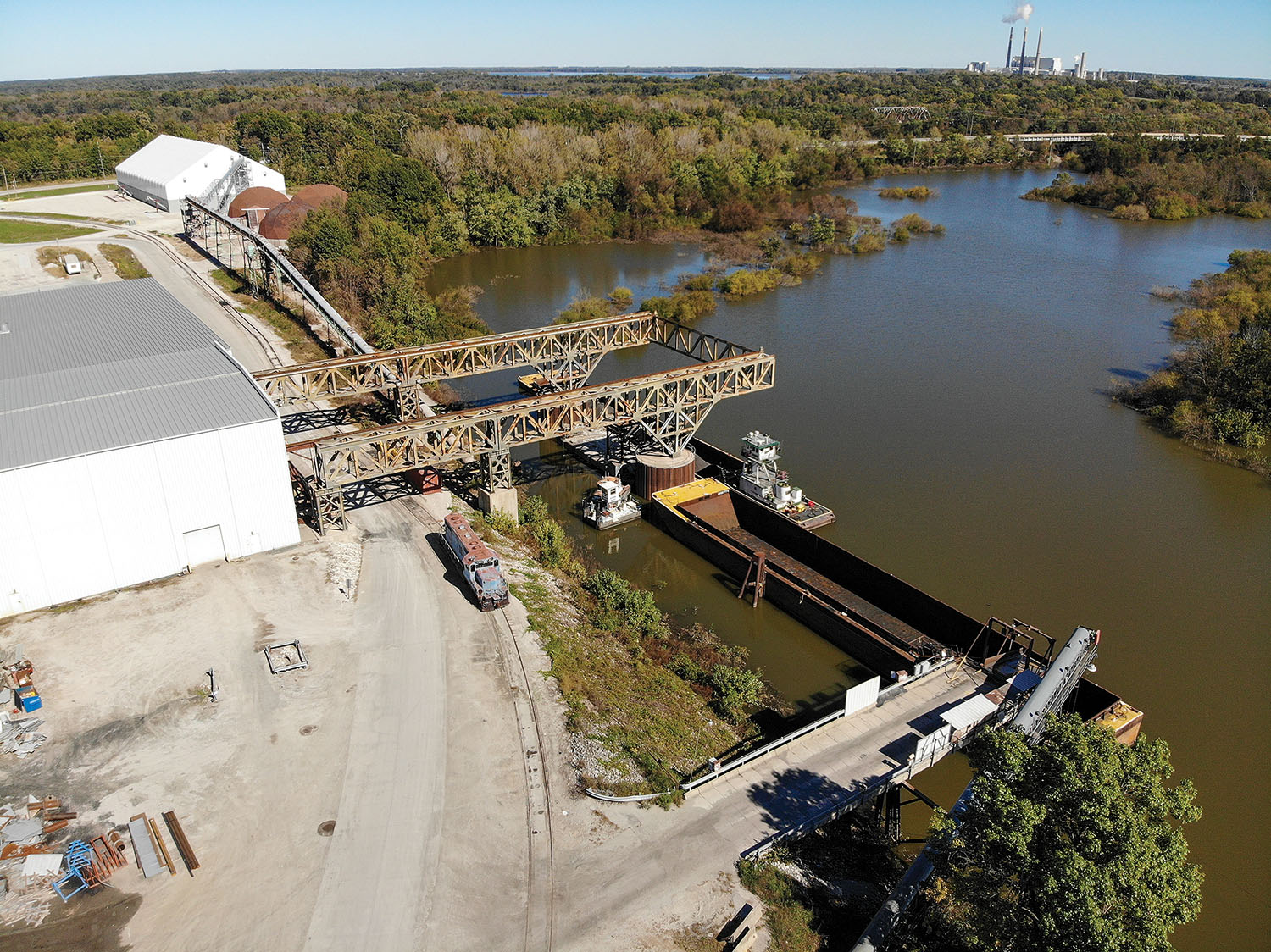 The Corps of Engineers has completed its federal interest determination for Kaskaskia Regional Port District (KRPD) No. 2 Harbor, which can now move on to the next step: a full-fledged study to evaluate options for dredging the silted-up oxbow.  The Corps’ findings indicate that the project meets or exceeds the parameters to proceed to the next level of study.

When the KRPD first developed the site, it was able to fleet more than 20 barges.  The area now is so shallow that no barges are able to be fleeted in this area.  The Corps study will evaluate five alternatives to determine the best combination of uses and associated costs.

Dredging the oxbow to create a turning area and to allow for fleeting would greatly enhance the harbor and reduce shipping costs, according to Ed Weilbacher, general manager of the KRPD. The preliminary study produced multiple options with a positive benefit-to-cost ratio. “It is very unusual to get multiple options to pursue with a positive benefit-to-cost ratio,” Weilbacher said.

Last year the port completed a new master plan with support from the Illinois Department of Transportation.  This plan also called for the harbor to be studied and improved. Several years earlier, the port district purchased additional land for a third dock. The master plan documented the need for the dock and associated infrastructure improvements. A grant has been approved by the Delta Regional Authority to construct a second entrance road. The matching funds needed are yet to be approved.  Once the matching funds are secured, construction will begin.

Mike Conrad, who served on the board for 16 years, decided to step off due to family matters.  He had served on the business  and finance committees.  In addition to his service to the port, he previously served on the Columbia, Ill., City Council and the Fire Protection District.

George Obernagel, the board chairman, welcomed two new members to the board, Ron Kaempfe and Mark Chatham.  Kaempfe resides in Monroe County and is retired from the Operating Engineers Local 520.  During his service with the local he served as president for 5-1/2 years and for the last six years he was the business manager.

Chatham is retired from Steamfitters Local 439 after 20 years.  He is currently president of the Southwestern Illinois Building Trades Council Delegates. He represents St. Clair County on the port board.

Chatham and Kaempfe join the 15-member board that oversees the direction of port activities in a three- county area consisting of St. Clair, Monroe and Randolph counties in southern Illinois.  All Kaskaskia Regional Port District directors are appointed by the governor.