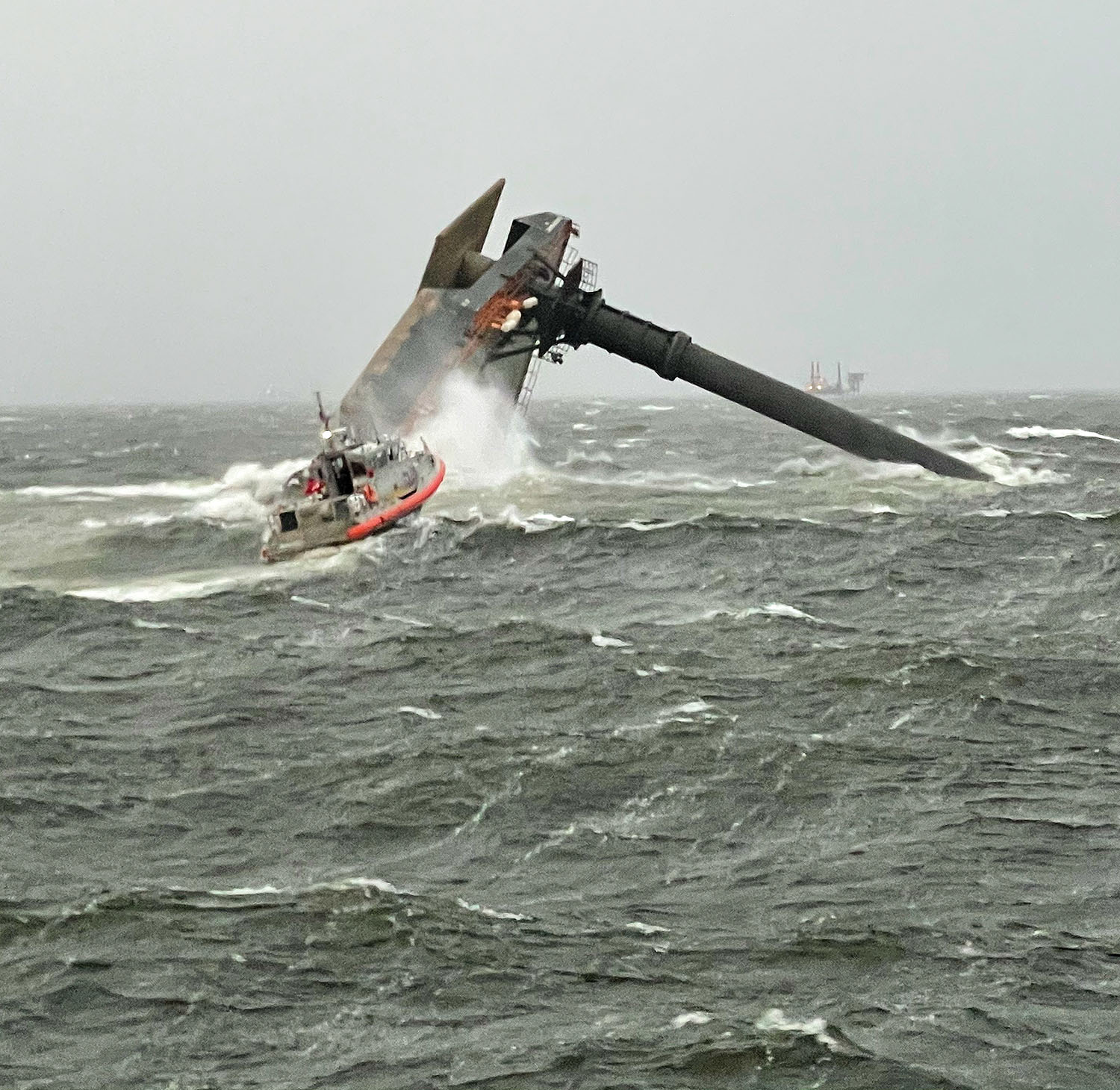 The liftboat Seacor Power, part of Seacor Marine’s fleet of more than a dozen self-propelled and self-raising vessels that serve the offshore oil, gas and wind industries, capsized April 13 amid rough seas and high winds in the Gulf of Mexico, just south of Port Fourchon, Louisiana’s offshore energy production hub.

According to U.S. Coast Guard Sector New Orleans, there were 19 crew members aboard the Seacor Power at the time of the incident. A day after the incident, six crew members had been safely recovered, with 12 still missing. As of that time, one crew member’s body had been recovered.

The Seacor Power measures 129 feet, has a maximum working depth of 195 feet and a top speed of 4.3 knots. The vessel set out from Port Fourchon around 1:30 p.m. April 13, bound for Main Pass on the Mississippi River, Coast Guard Sector New Orleans Commander Will Watson said in an April 14 press conference.

“At the time of the incident, the on-scene weather conditions were challenging,” Watson said.

Those conditions included 80- to 90-mph winds and 7- to 9-foot seas, along with visibility down to around four miles.

“We don’t know the degree to which that contributed to what happened, but we do know those are challenging conditions to be out in a maritime environment,” Watson said.

Coast Guard watchstanders received notification of the capsizing at about 4:30 p.m. Despite the weather conditions at the time, which exceeded what was forecast, Coast Guard responders were on the scene of the wreck within 30 minutes of the incident, joining Good Samaritan vessels already on site. Participating in the rescue were the Coast Guard cutters Glenn Harris and Amberjack, an MH-65 Dolphin helicopter from Coast Guard Air Station New Orleans, two 45-foot Coast Guard response boats from Grand Isle, La., an HC-144 Ocean Sentry airplane from Coast Guard Air Station Corpus Christi and four Good Samaritan vessels.

Watson, while not speculating on the cause of the vessel capsizing, said repeatedly that weather conditions at the time of the incident were more extreme than what was forecast and made for a “challenging” situation for navigation.

Persistent rain made search and rescue operations difficult the day of the incident and into the following day, although search crews were continuing to comb the area. Watson said the Seacor Power appeared stable and stationary, resting on its starboard side in about 55 feet of water.

While Coast Guard representatives would not speculate as to the location of the missing crew members, they did say it was possible they could be holed up in air pockets within the vessel.

“The search effort continues for the remaining 12,” Watson said. “My heart and the collective heart of our team goes out to the families and to Seacor. We’re giving it all we have.”

Liftboats like the Seacor Power have three “legs”: one on the front and two astern. The vessel maneuvers with the legs raised in the air and the “hull” of the vessel plying the water. Once a liftboat reaches its place of work, crews will lower the legs until they rest on the seafloor, causing the hull of the vessel to lift out of the water.