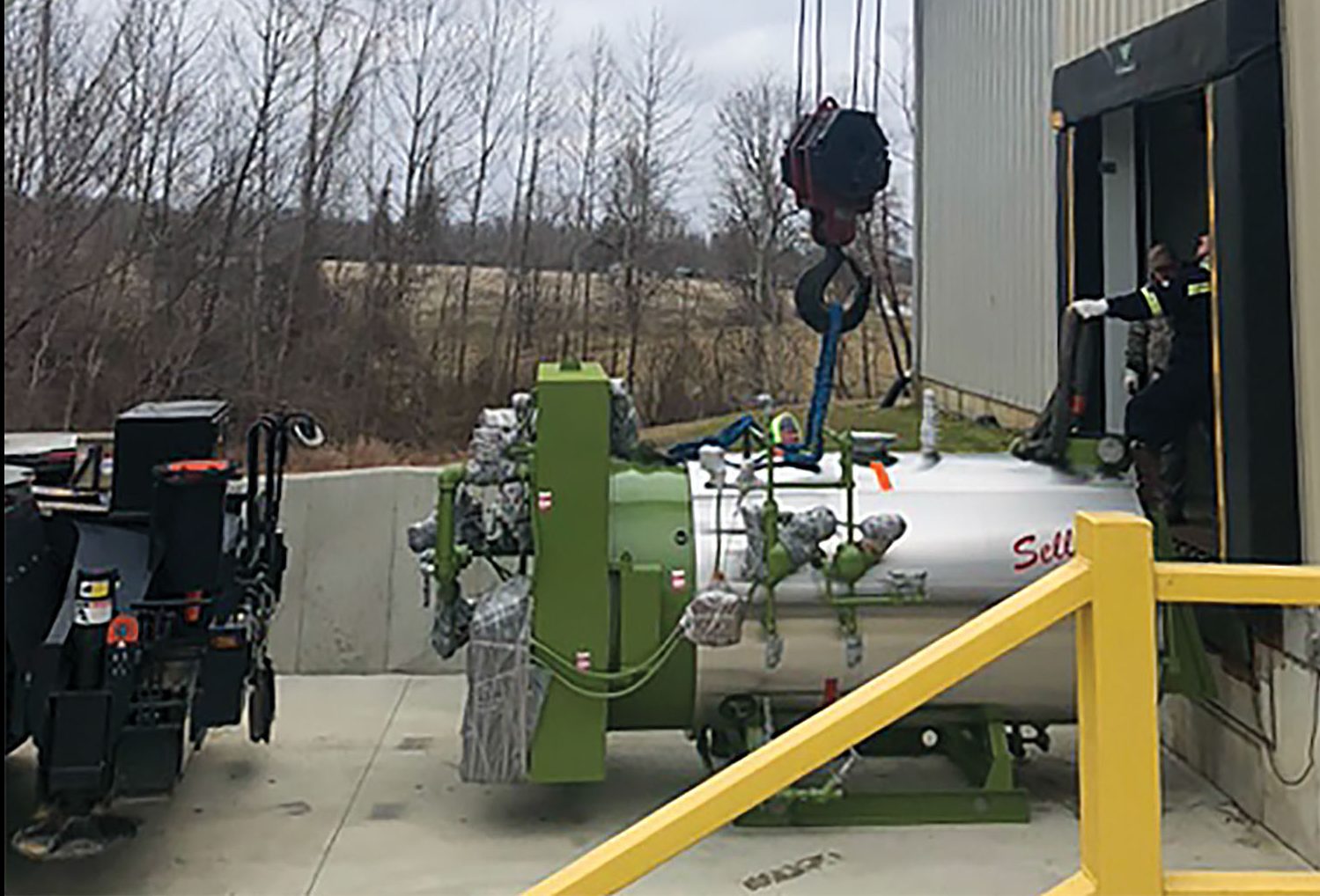 With roads and electricity now in place, Ballard County (Ky.) Judge-Executive Todd Cooper hopes seven businesses related to Asian carp will soon begin going up in the county’s new International Fisheries Industrial Park and that planned nearby riverports could provide even more opportunities.

The county announced the establishment of the 72-acre park, the first of its kind in the country, in late 2019. It is being built adjacent to the existing Two Rivers Fisheries in Wickliffe, Ky. The businesses process the carp for human consumption as fish meatballs or dumplings, for fish meal used in pet food and for fertilizer products. One business also produces commercial fishing equipment.

Some of the companies have signed purchase agreements on lots within the park. Others have already paid out funds for development. But the developers, most of whom are from China, have been unable to travel to the site for more than a year because of travel restrictions put in place because of the COVID-19 pandemic, Cooper said.

In some ways, that has been a blessing in disguise, he said, as delays also prevented the county from putting infrastructure in place as quickly as intended. Ballard County received $300,000 as part of legislation the Kentucky General Assembly passed to return in-lieu-of tax funding from the Tennessee Valley Authority to 39 Kentucky counties with TVA-owned facilities, earmarked for economic development. That funding allowed completion of a gravel road base in the fisheries in August as well as bringing in three-phase electric power. A bid let October 31 awarded a contract to RKA Construction of West Paducah for water and sewer service.

“As soon as we get our water and sewer in, there’s one company that’s going to start building,” Cooper said, referring to Two Rivers Fishing Technology, a supplier for the commercial fishing industry.

Novaland Group LLC isn’t waiting for its building to be complete to get to work. The fish meal manufacturer has instead brokered a deal with Two Rivers Fisheries to use part of its unused building space for its equipment.

“We decided to put the whole [manufacturing] line inside my building,” said Angie Yu, president of Two Rivers Fisheries.

Two Rivers had plenty of unused space inside its 40,000-square-foot building, and Novaland has already signed a partnership agreement to use fish in Two Rivers processes that are too small for human consumption, along with discarded portions of processed fish, she said. Because she speaks Chinese, Yu has also served as a point of contact with many of the other businesses, sending their representatives photos and emails about the park’s development.

Doing business has not been without its challenges, however. For example, Novaland sent five shipping containers of manufacturing equipment to the United States in November, but three of those had to be returned to China because wood used to brace the metal equipment had not been fumigated before leaving China and could not be cleared by U.S. Customs officials. Those shipping containers have now made their way back to the United States, cleared Customs and should be in place in the building by the end of the month, Yu said.

Novaland can process up to 200,000 pounds of fish per day, Yu said, adding that Two Rivers Fisheries will need to ramp up to process more fish.

“We will try to work with the wildlife department to get more fish from the rivers and the lakes,” she said.

Plans to do so are not concrete, but discussions have included trying to establish collection points on the Ohio River in Louisville, Ky., as well as along the Mississippi River in Missouri, Illinois and possibly Arkansas, she said.

“We can definitely reduce the population of Asian carp in our water,” Yu said. “Our mission is to reduce, reuse and redefine the use of Asian carp.”

Although the fish is not widely eaten in the United States, she said, Asian carp remains popular overseas. She notes it has a nutritional profile very close to salmon.

Yu said she would also like to see continued development of two nearby riverports, which could eventually offer shipping opportunities for the businesses locating in the fisheries park.

Illinois Gov. J.B. Pritzker announced in August that the state is providing $40 million in funding through the Rebuild Illinois capital plan to construct the Alexander-Cairo Port west of Cairo, Ill., at Upper Mississippi River Mile 5.7 on the left descending bank. The state also approved an initial $4 million in funding to pay for remaining engineering, design and site clearing fees.

In his State of the State address last month, Pritzker highlighted the port as an important project.

“Right now it’s more important than ever to invest in, create, and support good-paying jobs, which is why we amped up the rebuilding and renewal of our transportation infrastructure,” Pritzker said in the address. “Modernizing our infrastructure has continued into FY2021 with the completion of the Chicago Veterans’ Home and the launch of one of the largest job creating projects in Southern Illinois in a generation, the Alexander-Cairo Port district.”

Plans for the Western Kentucky Riverport Authority are not as far along, although an economic feasibility study has been completed, Cooper said. Archaeological and environmental studies are now underway. The preferred site is on property belonging to Phoenix Paper, located at Lower Mississippi Mile 950.2, where Mayfield Creek flows into the Mississippi River. It is just south of the confluence of the Mississippi and Ohio rivers, which is at Mile 953 of the Lower Mississippi and Mile 0 of the Ohio River.

Both planned riverports provide potential cost savings in shipping Asian carp products overseas, Yu said, but she added a significant caveat. Because neither port currently has plans for refrigerated storage, none of the products meant for human consumption could travel by barge. Also, she said, better routes would have to develop to move products from the Gulf of Mexico to their final destinations in eastern Europe, the Middle East and Asia. Currently, she said, it is more economical for Two Rivers to pay to export its processed fish through the ports of Savannah, Ga., and Long Beach, Calif.