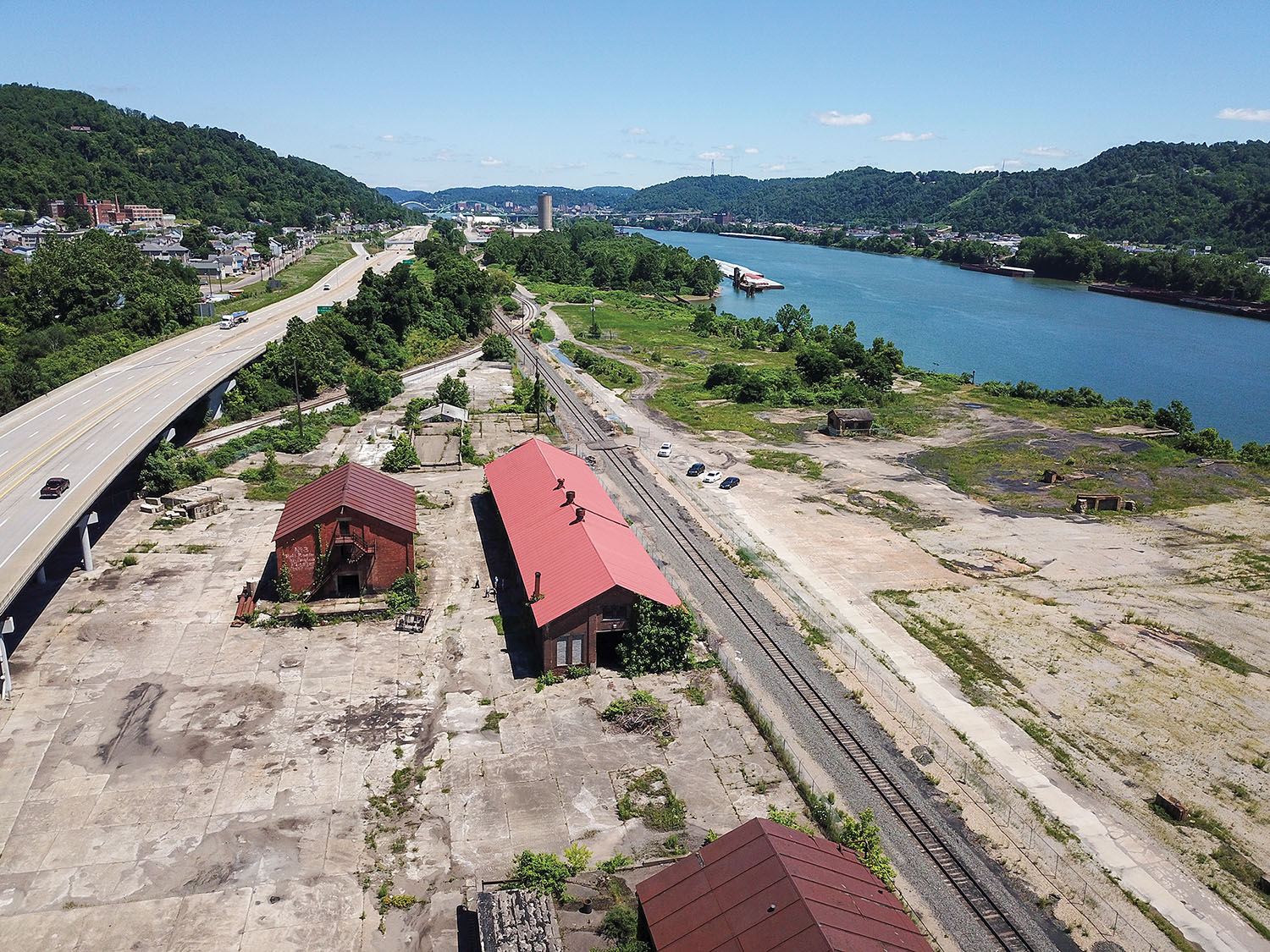 An Ohio transloading business has purchased 50 acres along the Ohio River with frontage on two rail lines as part of the first, $9.5 million phase of a multimodal project.

The Ohio Rail Development Commission (ODC) approved a $500,000 loan to Mountaineer Products Inc., doing business as MPR Supply Chain Solutions, on March 10 as part of MPR’s plans for the site.

MPR currently has a 17-acre facility in Bellaire, Ohio, at Ohio River Mile 92.5. The property is in an industrial park along I-470, I-70 and State Route 7. The company purchased river frontage in 2010 to install a harbor and expanded it in 2019.

The new site, purchased in sections during January and February, is one-half mile south. In addition to outside storage, the property will have warehouses and an office complex, said Natalie Brown, president of MPR Transloading & Energy Services. MPR also plans to install enough private rail for a unit train for the transloading of fertilizer, polyethylene, steel, salt, friction reducer, pipe, sand and other commodities from barge to rail and rail to barge. The property has rail frontage on the Wheeling & Lake Erie and Norfolk Southern railways.

The project is in the design phase, with plans to complete construction within about a year, Brown said. Some buildings on the property date back to the 1800s with the establishment of the Bellaire Nail plant, which became a division of Carnegie Steel. Most recently the property was home to Rayle Coal Company, although it had been vacant for about 10 years.

“It’s exciting to be able to bring that back to Bellaire and expand our operations and employment there,” she said of revitalizing the property.

MPR currently has about 35 employees. Brown said how many additional employees are added will depend in part on site utilization and continued development of customer relationships.

Plans call for renovations to a 10,300-square-foot warehouse and other small storage buildings as well as development of an office complex inside a 9,600-square-foot, three-story structure.

“We’re not only looking to expand our operations into rail with current customers but also perform work for new customers, transload additional commodities, possibly create joint ventures and lease out some land,” Brown said.

She noted that the location is only 10 miles north of the proposed PTTGC America petrochemical complex in Mead township, which is to be located on the west bank of the Ohio River. If constructed, the ethane cracker plant would be among the largest of its kind in the United States. Ethane, a product of natural gas, is used in the production of ethylene, a feedstock used in plastics and chemical manufacturing.

According to a PTTGC America fact sheet, the company chose the site because of its location on the Marcellus and Utica shale region as well as its access to major highway, rail, pipeline and port infrastructure with an eye toward increasing efficiency while reducing the environmental and financial costs of transportation.

With the addition of its new 50-acre site, MPR could be well positioned to take advantage of potential financial opportunities related to the construction and operation of the ethane cracker plant.

“We certainly see a lot of opportunities,” Brown said. “We’ve already seen some interest in the property.”

MPR Supply Chain Solutions is a family-owned business, originally founded in 2009 in Bellaire. Beginning in 2011, the company began transloading wire rod coils, fertilizer, steel slabs and barite super sacks, storing the commodities on site and then shipping them to locations throughout the eastern United States. In 2015, the company grew again, entering into a separate joint venture with a frac sand company to create MPR Sand Terminals. MPR Sand Terminals receives sand via barge and then transloads, stores and reloads trucks at the Bellaire terminal. It then expanded again in 2019 with a large capital investment in both its harbor and equipment, extending its dock to 850 feet and adding a Liebherr LH 110 material handler to its unloading fleet.

“In the early 1900s, rail was abundant in the industrial town, Bellaire, Ohio,” she said. “MPR is excited to expand its services and bring the rail back to Bellaire. We appreciate ORDC’s support as we grow our business, create more jobs in Belmont County and offer cost-saving opportunities to eastern Ohio companies for inbound and outbound multi-mode transloading including rail, river and truck.”

Matthew Dietrich, ORD executive director, said the project was a good fit for the area.

“It is always our goal to work with local and state economic development partners to promote investment and employment opportunities in Ohio,” he said. “Working with our partners at JobsOhio, the MPR project will provide additional opportunities for companies to utilize both the rail and river network available to Ohio.”