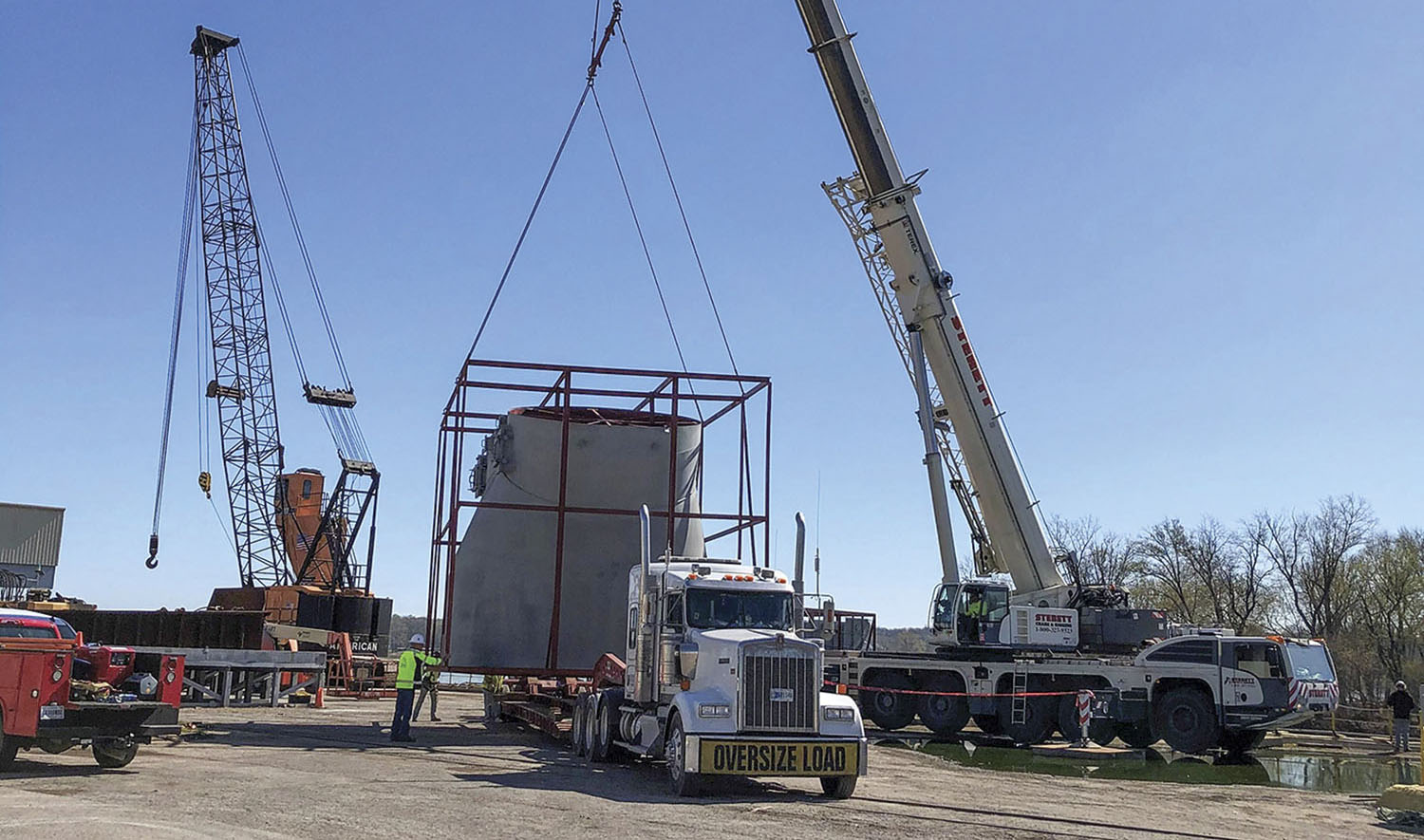 Ports of Indiana-Jeffersonville will receive more than 30 barges by June 30 destined for a cement plant undergoing a $600 million expansion.

Lehigh Cement Inc. is shipping large pieces of cargo to the port destined for its facility in Mitchell, Ind., nearly 50 miles away. More than 350 pieces of equipment and plant parts, some as large as 100 tons, are being shipped by barge via the inland river system to Ports of Indiana-Jeffersonville, according to a news release from the port.

“We are pleased to play a key role in a local project that will have a huge impact on the community and region,” Ports of Indiana-Jeffersonville Port Director Jeff Miles said. “Our port has enabled the competitive economics that are only available by using the inland river system, which is an important component to the national freight system, particularly for bulk commodities.”

The large equipment and plant parts arrive from an international manufacturer inbound to New Orleans, then are transported by Ceres Barge Company to Ports of Indiana-Jeffersonville and unloaded by Sterret Crane & Rigging’s crane and Watco Terminal & Port Services, the port’s general cargo stevedore, into a storage area until they are ready to be hauled by truck to the final destination at the Mitchell plant site. The Indiana Department of Transportation (INDOT) will accommodate an estimated 80 super loads (more than 18 feet high) scheduled to pass through southern Indiana this summer and fall.

‘A Lot Of Moving Pieces’

“Ports of Indiana-Jeffersonville has significant experience and reputation for quickly and efficiently transporting products by water, road and rail,” said Tracy Crowther, Lehigh Cement plant manager. “The expansion project has a lot of moving pieces, and given the delay last year, timing, cost-savings and logistics is critical to keep things moving forward. It is a huge benefit to utilize the port that also happens to be in our backyard.”

The Ports of Indiana-Jeffersonville handles more than 2 million tons of cargo per year in the Louisville metro area and supports 13,000 total jobs, many of which are in the auto, appliance and agriculture industries.
The year-over-year barge volume increased by 62 percent due to the increased movement of grain and heavy cargo, the port said.

Lehigh Cement Company’s $600 million expansion project will increase activity for the city of Mitchell in the next three years and is expected to add roughly 50 jobs once the new plant becomes operational in 2023.

Caption for photo: Ports of Indiana-Jeffersonville is receiving large equipment and plant parts for a $600 million cement plant expansion by barge and storing them before they are hauled by truck to the Lehigh Cement plant in Mitchell, Ind. (photo courtesy of Ports of Indiana)