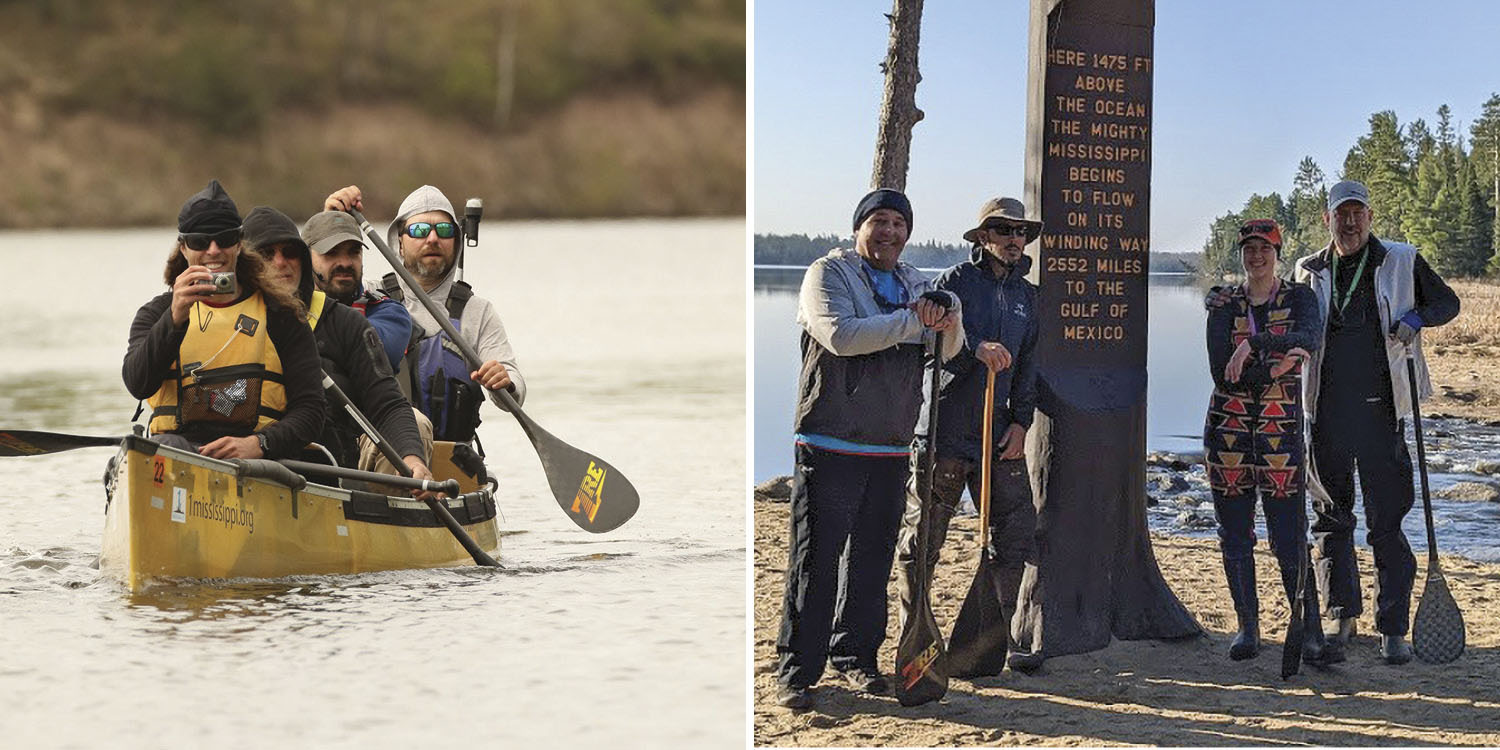 Call it the Great Canoe Race. This month, two canoe teams, each made up of four paddlers, have been vying to break a long-standing Guinness World Record for “fastest time to row the length of the Mississippi River by a team.”

One team, aptly named MMZero, has already finished the course from Lake Itasca, Minn., to Head of Passes, just south of Venice, La. MMZero set out from the headwaters of the Mississippi River on April 22 and finished at Mile zero on May 10. Total time elapsed was 17 days and 20 hours, eclipsing the record set in May 2003 by more than eight hours.

MMZero is made up of a father-daughter pair in KJ Millhone and Casey, his daughter, along with Bobby Johnson and Rod Price. KJ Millhone, age 62, previously set the same world record in 1980, when he canoed the river with the late Steve Eckelkamp. The old record Millhone and Eckelkamp set was 35 days, 11 hours and 27 minutes. Casey Millhone is a 20-year-old sociology student at Colorado College. Johnson is a 42-year-old veteran of competitive canoeing, as is Price, age 60.

And while MMZero is celebrating its new record—and resting from the near 18 straight days of paddling around the clock—the foursome will be tracking another team coming down the river that’s going by the name Mississippi Speed Record (MSR).

MSR is made up of Scott Miller of Minneapolis, Minn.; Joel Ford of Fallston, Md.; Perry Whitaker of St. Louis; and Adam Macht of Ely, Minn. MSR set out from the headwaters on May 4 and, as of May 13, was located near Lock & Dam 20.

“The team picked up some ground again last night and are now one hour and 26 minutes behind the tentative world record pace,” MSR announced on its Facebook Page May 13. “The team is near Lock and Dam 20 and are having to wait so will likely give some time back, but great job overnight.” By later in the day May 13, the team was already below Lock & Dam 21.

Anyone interested in tracking the Mississippi Speed Record team can do so online at share.garmin.com/mississippispeedrecord. To view ETAs for waypoints along the river, go to raceowl.com/msr2021.

According to Race Owl, MSR is expected to reach Memphis, Tenn., the afternoon of May 17; Natchez, Miss., near midday May 20; New Orleans sometime on May 22; and Head of Passes May 23. Those times, though, will change as the team gains or loses time.

For more information on both teams, visit www.mmzero.org and www.mississippispeedrecord.com.

Caption for photo: Team MSR and Team MMZero both hope to own the record for paddling the length of the Mississippi River.