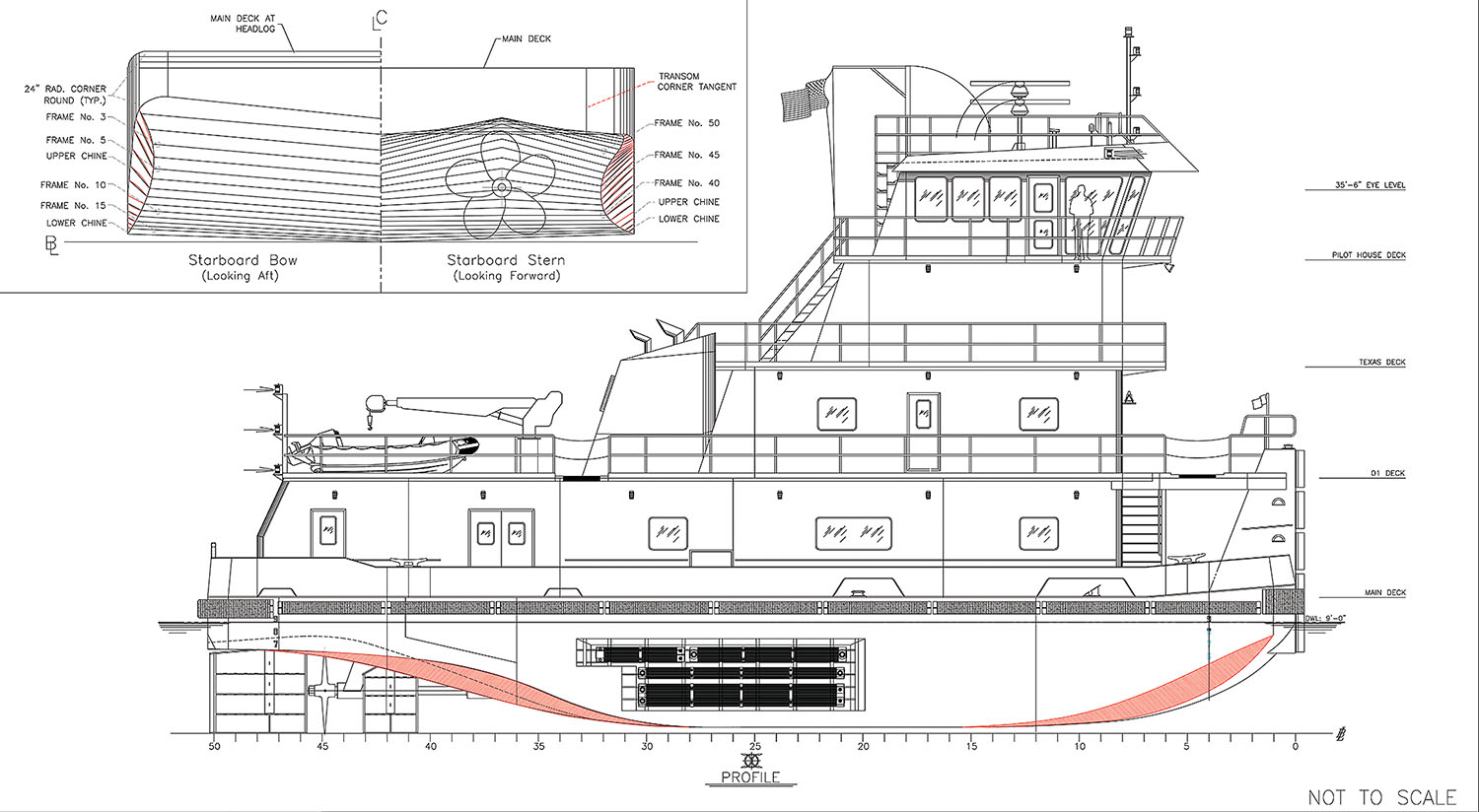 Vessel Repair, a shipyard in Port Arthur, Texas, located on the Sabine-Neches Ship Channel, has announced being awarded a patent for the hull of its Pacesetter class of pushboats. The patent is for a new design that is a combination of single- and double-chined hulls, the announcement said.

“The majority of towboats are constructed with single-chined or double-chined hulls,” said Kurt Moerbe, vice president of Vessel Repair, by way of providing a background. “Each have their advantages and disadvantages.”

Boats with single-chined hulls are cost effective to build, stable, easy to drydock and have hulls that resist sliding. However, they do not have an efficient water flow, they are less maneuverable and consume more fuel, he said. Double-chined boats have improved water flow and fuel consumption, but are more costly to build, less stable, harder to drydock and have hulls that slide hard when maneuvering.

The patented design brings together the maneuverability during flanking of a single-chined (or flat-bottom) hull forward with the efficiency of a doubled-chined hull aft, Moerbe explained. “From bow through mid-body to the start of the rise at the stern, it is all single-chined. From the beginning of the stern, the chine splits and fairs into a double chine in way of the stern and then back to single chine at the transom,” he said.

“The combination of the two classic hulls, specifically where the hull is single or double,” Moerbe said, “creates a hull concept that has proven to be an improvement in hull design.”

The new hull concept was examined by means of a (CFD) computational fluid dynamics study by Maritime Research Associates LLC that compared the hull performance of equal displacement hulls in the single-chine, double-chine and the new Pacesetter hull design. The study concluded that the new design has the best water flow, the announcement said.

“Considering the other advantages and lack of disadvantages, it is a significant improvement in hull design,” said Moerbe’s father, Ron, who is president and is credited with having the gumption to try the new design. He added that all Pacesetter class boats have the now-patented hull.

“Determined to build the best,” President Moerbe said, “we never assume that this design is as good as it can be, and we are constantly working to improve it.”