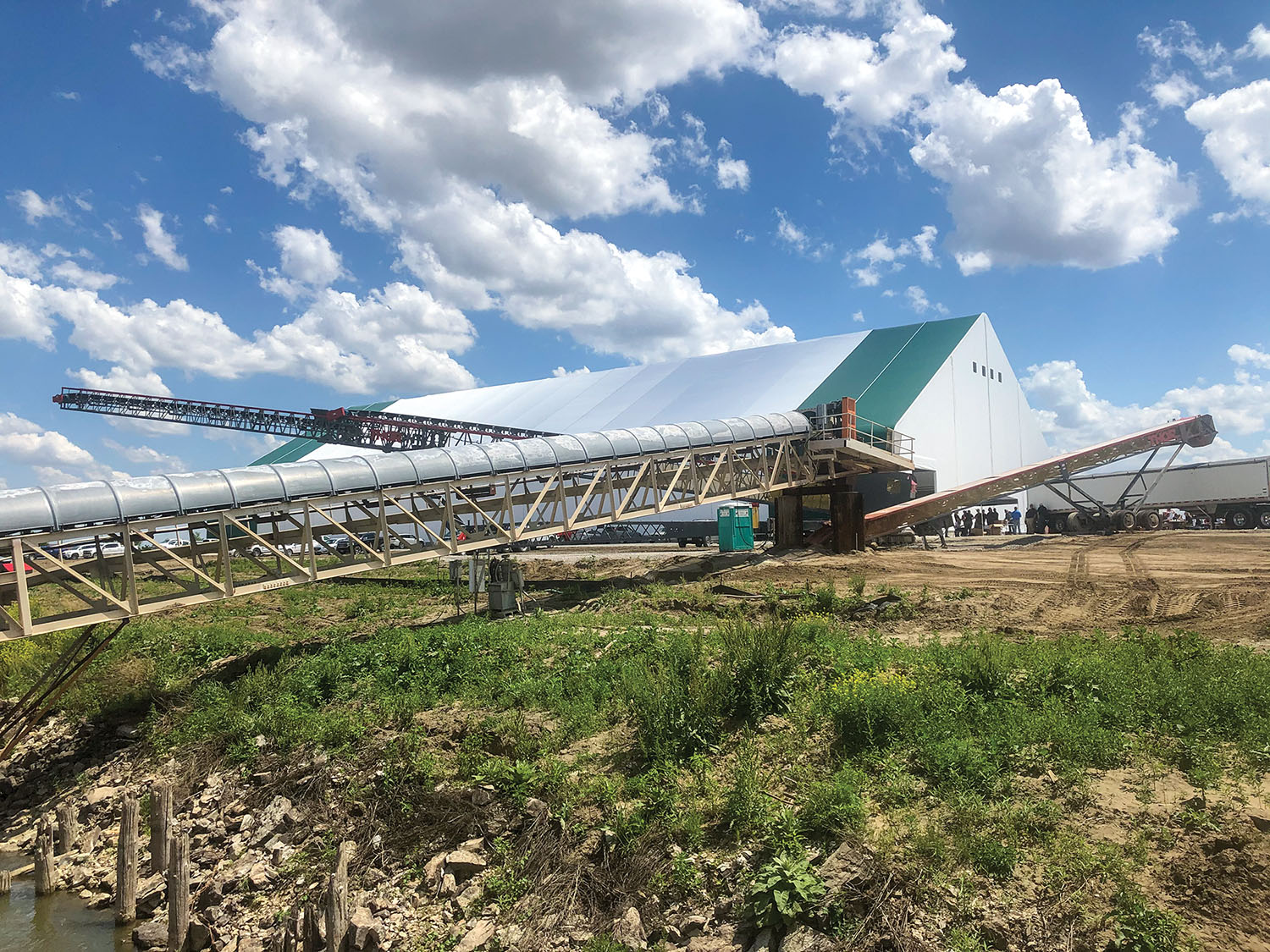 NEW Cooperative Inc. hosted a ribbon-cutting June 2 for the Port of Blencoe, a newly constructed barge loading and unloading terminal at its site adjacent to the Missouri River at Mile 680.5 near Blencoe, Iowa.  Blencoe is located between Council Bluffs and Sioux City.  The facility is currently operational and has already been used to unload fertilizer and load corn and DDGs.

During the main export window for soybeans later in the year, the port will provide a new marketing option for 4 million bushels of soybeans produced in western Iowa and 6 million to 8 million bushels as demand increases.  The port facility will be serviced approximately 17 times a year by a fleeting service usually comprised of six barges and a single towboat.  The Port of Blencoe is now the furthest north barge loading and unloading facility on the Missouri River.

Iowa Gov. Kim Reynolds and Secretary of Agriculture Mike Naig provided remarks during the ribbon-cutting ceremony.  I have had the privilege of assisting NEW Cooperative throughout the planning and constructing phases of the project.  It was very encouraging to be in attendance this morning and participate in the ribbon being cut, officially opening the facility.

The facility will provide Iowa a new port complex along arguably one of the nation’s most underutilized commercial assets—the Missouri River.  While western Iowa agriculture and other industries are located in close proximity to the efficiencies of the inland waterway system, it currently enjoys little to no access to it. The port facility will provide western Iowa farmers a new and more economical marketing option to Mississippi Gulf export terminals and the more diverse international customers those facilities serve.  It is consistently documented that western Iowa soybean farmers often experience the widest and most negative basis levels in the state.  A new marketing option along the Missouri River will provide an additional outlet and profit opportunity for western Iowa soybeans.

The facility is expected to annually accommodate 240,000 tons of soybeans, corn, dried-distillers grains, dry fertilizers, ag lime, scrap metal, and rock.  This will allow high-volume freight to be shifted from Iowa’s roads to a navigable waterway.

Established in 1973, NEW Cooperative Inc. is headquartered in Fort Dodge.  The farmer-owned cooperative has over 4,700 member owners, 39 locations in Iowa, and 525 full-time employees.

Moving forward, I look forward to helping build on this momentum by encouraging the greater utilization of the Missouri River by agricultural shippers.  The Missouri River could and should be an engine of economic growth for industries and communities in western Iowa, eastern Nebraska, eastern Kansas, southern South Dakota, and Missouri.

Mike Steenhoek is executive director of the Soy Transportation Coalition

Caption for photo: The Port of Blencoe, Iowa, which officially opened June 2, is the northernmost barge facility on the Missouri River. (Photo by Mike Steenhoek)