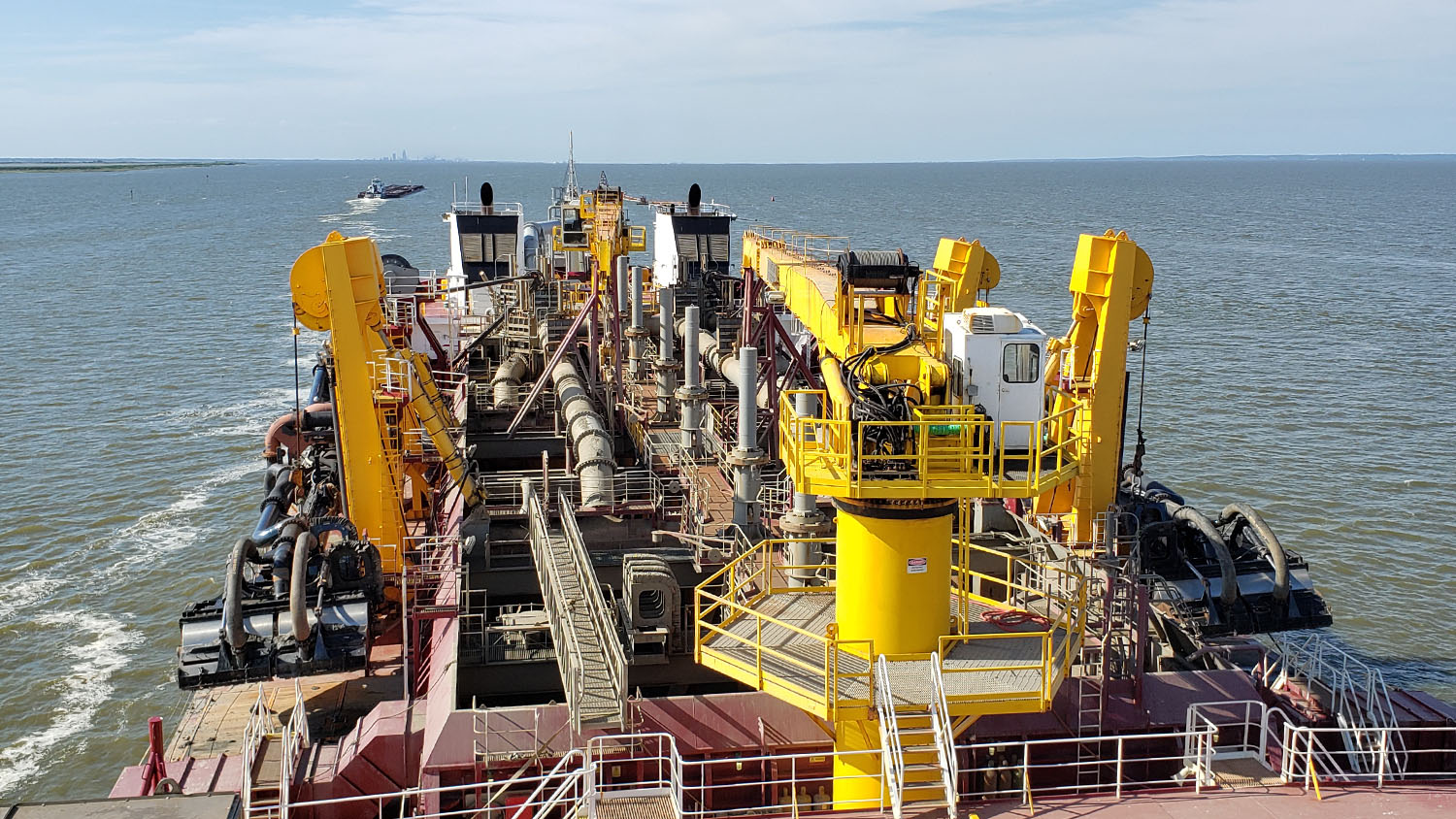 The Alabama State Port Authority celebrated the official launch May 21 of the construction phase of the project to deepen and widen the Mobile Ship Channel and improve the lower harbor turning basin. The multi-phase, $365.7 million project will deepen the Port of Mobile’s bar channel, bay reach and river channels bar to a depth of 50 feet.

“We are extremely excited to see material moving on this crucial project,” Alabama State Port Authority Director and CEO John Driscoll said. “This project, along with the collaborative support of our federal and state partners, will provide our customers and our carriers the necessary infrastructure to ensure their market competitiveness.”

Taking into account wave allowances, advanced maintenance and allowable over depth for dredging, the Mobile Ship Channel will offer total depths of 56, 54 and 54 feet for the bar, bay and river channels bar, respectively, according to the port.

Great Lakes Dredge & Dock is conducting the first portion of the deepening work, which represents a $53.9 million contract to dredge 12 miles of the Mobile Ship Channel, from north of Dauphin Island to south of the intersection of the ship channel and the Theodore Industrial Canal. Great Lakes will use both hopper and mechanical dredges, with work expected to last about 18 months. The entire project is expected to be completed by 2025.

The contract award and official start of construction are the latest in a years-long effort to get the Mobile Harbor modernization project underway. In March 2019, as part of the Rebuild Alabama Act, Alabama’s legislature allocated a portion of the state’s fuel tax to support about $150 million in bonds for the state’s cost-share for the deepening project. Later that year, Congress passed the “Energy and Water Development and Related Agencies Appropriations Act of 2020,” which contained a regional dredge demonstration program for the central Gulf Coast region. The U.S. Army Corps of Engineers’ 2020 work plan allocated a portion of that to fully fund the Mobile deepening and widening project. Corps and Alabama State Port Authority officials met in June 2020 to sign the project partnership agreement, which allows for contracting and construction phases to begin.

“I am pleased that we have finally begun construction to deepen and widen the Port of Mobile, something I am confident will drastically improve our state and local economy for generations to come,” Shelby said. “This is great news. The Mobile port modernization project has been one of my highest priorities for a number of years. I look forward to its completion and the resulting benefits.”

The deepening will boost the economies of scale and competitive rates for the port’s public and private terminals, which handle mining cargoes, manufactured goods, other bulk cargoes, containers and agribusiness cargoes.

Col. Sebastien Joly, outgoing commander of the Mobile Engineer District, praised both the partnerships and the future benefits the deepening project represents.

“The Mobile District, U.S. Army Corps of Engineers, is excited to see the start of the physical construction of the deepening of the Mobile Channel,” Joly said. “We have been fortunate to be part of a large federal and state team that will deliver additional capability for the city of Mobile, the state of Alabama and the entire Southeast region, as we ensure that the Mobile Harbor is well-postured to remain competitive and relevant in the global market.”