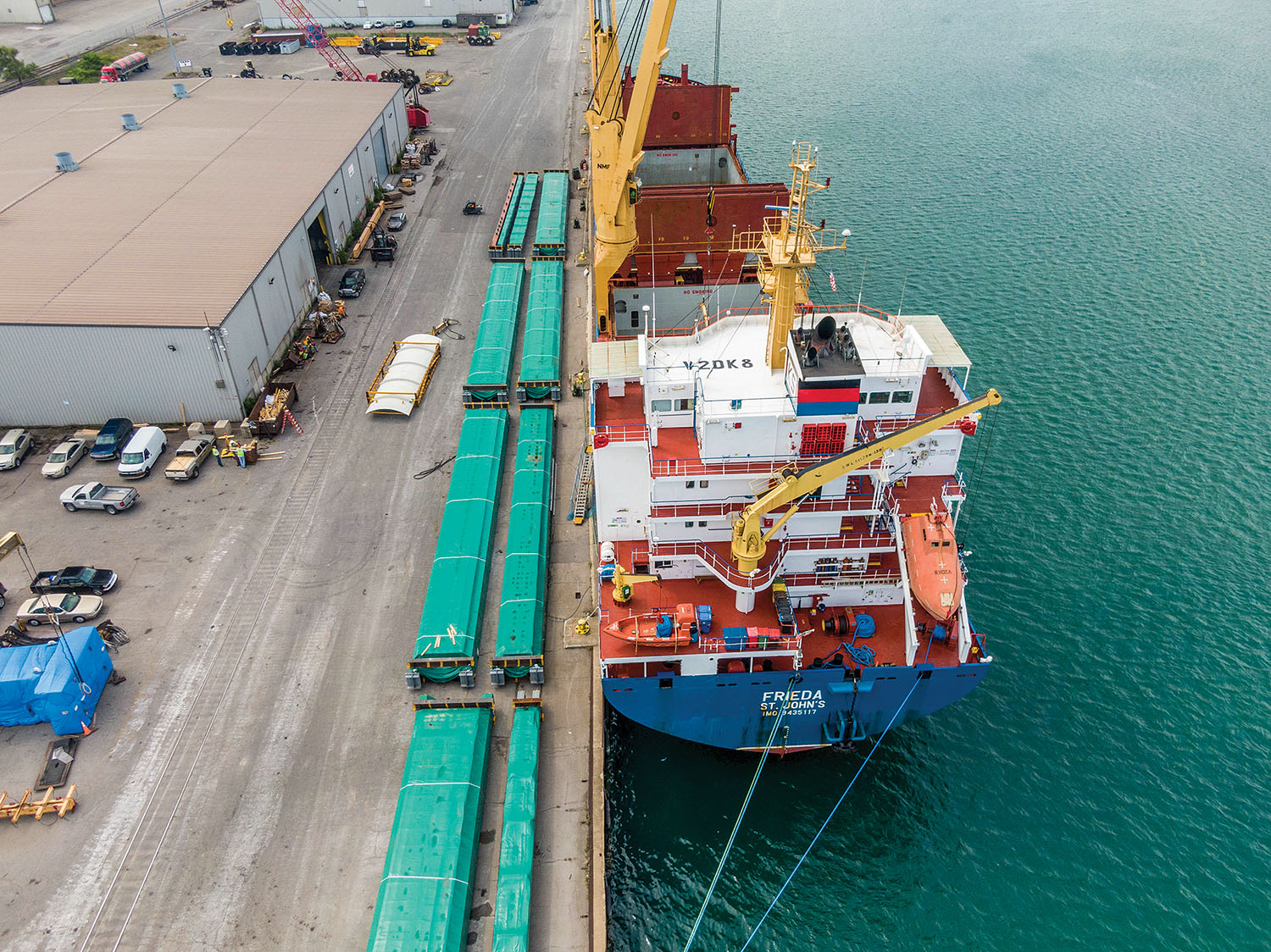 The U.S. Great Lakes Saint Lawrence Seaway Development Corporation announced its Pacesetter Award recipients for international cargo tonnage increases during the 2020 shipping season. The Ports of Indiana-Burns Harbor was one of eight ports in the U.S. to earn the distinction, which marks the 13th time the Great Lakes port has earned the Pacesetter Award. The most recent was in 2018.

“We are pleased to receive the Pacesetter Award in recognition of the increased international shipping at the Ports of Indiana-Burns Harbor,” said Ports of Indiana CEO Vanta E. Coda II. “Indiana’s maritime success is directly attributable to our location at the ‘Crossroads of America,’ our world-class infrastructure for multimodal transportation and the exceptional companies that operate at our ports.”

The Burns Harbor Port registered a 77.5 percent year-over-year increase in international tonnage shipped. A total of 78 international vessels visited during the 2020 shipping season, including shipments for a $1 billion power plant, one of the largest shipments in the port’s 50-year history.

“I applaud the Ports of Indiana-Burns Harbor for their leadership and commitment to keeping the port thriving,” said Craig Middlebrook, deputy administrator of the Saint Lawrence Seaway Development Corporation. “Earning the Pacesetter Award is a reflection of the hard work, dedication and vision of the committed professionals at the port and their faithful customers.”

Maritime operations at the Port of Indiana-Burns Harbor generate $5.2 billion per year in economic activity and support 30,000 total jobs. The port handled nearly 2.27 million tons of cargo in 2020, which included agriculture and energy-related project cargo.

The Robert J. Lewis Pacesetter Award was established in 1992 to recognize the achievements of U.S. ports whose activities resulted in increasing international tonnage shipped through the St. Lawrence Seaway, excluding Canada, in comparison to the previous year.

More than 237,000 jobs and $35 billion in economic activity are supported annually by movement of various cargoes on the Great Lakes St. Lawrence Seaway System.