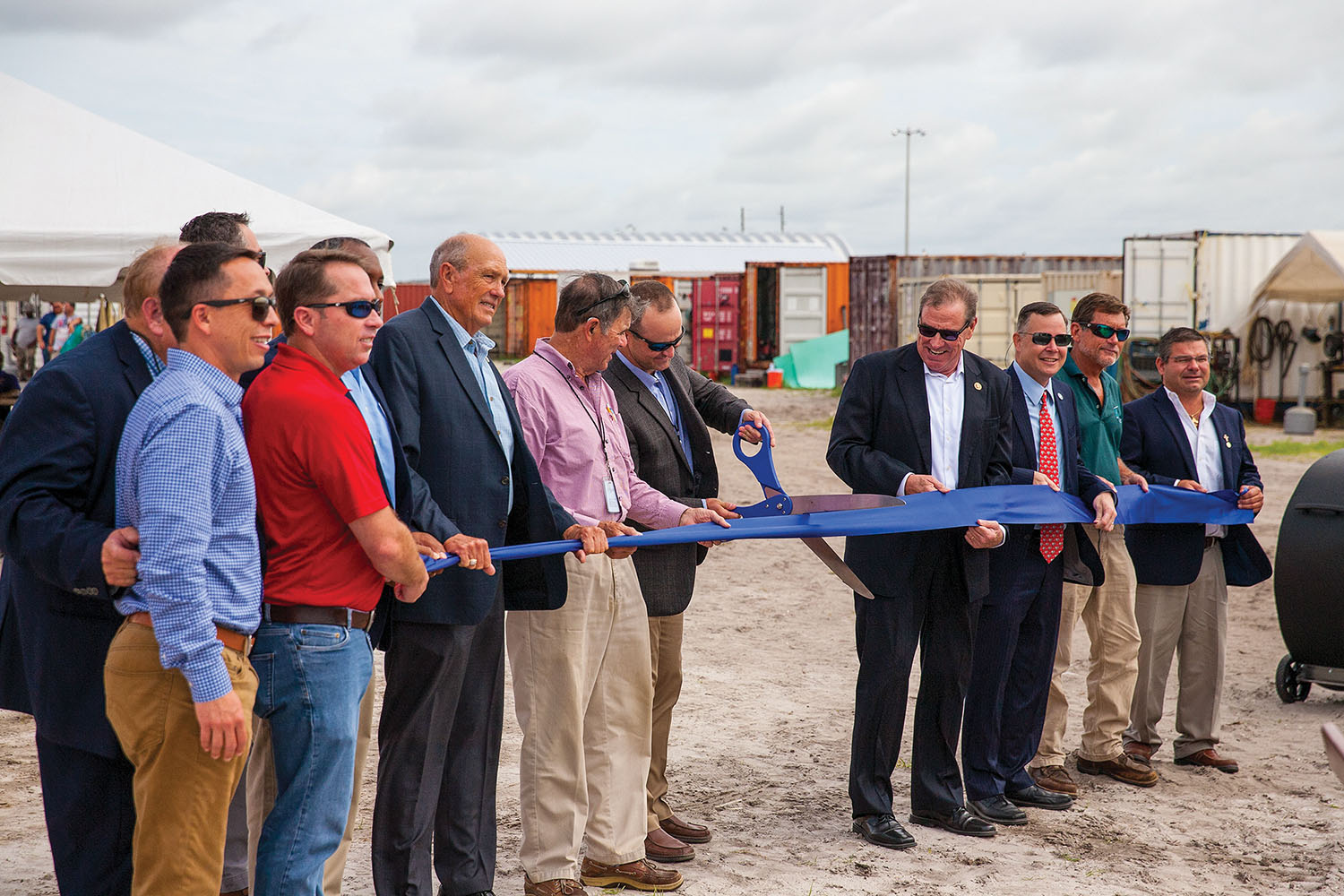 The Port St. Joe repair facility covers 40 acres and offers 1,000 feet of deep water bulkhead space. With direct access to the Gulf of Mexico, the new commercial repair facility will focus on final outfitting and testing of commercial new construction vessels, along with topside repairs.

“We are proud to commission our third facility with the strong support from the local community and our dedicated workforce,” Eastern Shipbuilding Group President Joey D’Isernia said. “This is an exciting chapter in our long history of quality shipbuilding as we add new capacity and capabilities to offer our customers and build a longstanding presence in Gulf County.”

The grand opening event featured views of the new Ollis class Staten Island Ferries Eastern is building, along with a ribbon-cutting ceremony and comments from U.S. Rep. Neal Dunn and local officials.

“This is an exciting day for Gulf County and the rest of Florida’s Second Congressional District,” Dunn said. “This town was ravaged by Hurricane Michael just three short years ago, affecting the livelihoods of everyone in the area. This project will bring hundreds of jobs to the area and will give more Gulf County residents the chance to achieve the American Dream.  Thank you to everyone who worked to make this opportunity possible.”

Eastern Shipbuilding Group has already completed a $6 million infrastructure improvement project at the Port St. Joe facility to allow vessel final outfitting work to begin on site. The company is also building a 15,000-ton drydock for the facility. The new $50 million drydock will be able to service both government and commercial ships and allow for the haul-out of large deep draft vessels.

Besides the new facility in Port St. Joe, Eastern operates a pair of facilities in the Panama City area. The company’s headquarters are located at the 40-acre Nelson Street site, the facility dedicated to Eastern’s U.S. Coast Guard Offshore Patrol Cutter project. The company’s 300-acre Allanton Facility serves as Eastern’s commercial construction base of operations. Across its three shipyards, Eastern has about 1,300 employees and contract workers.