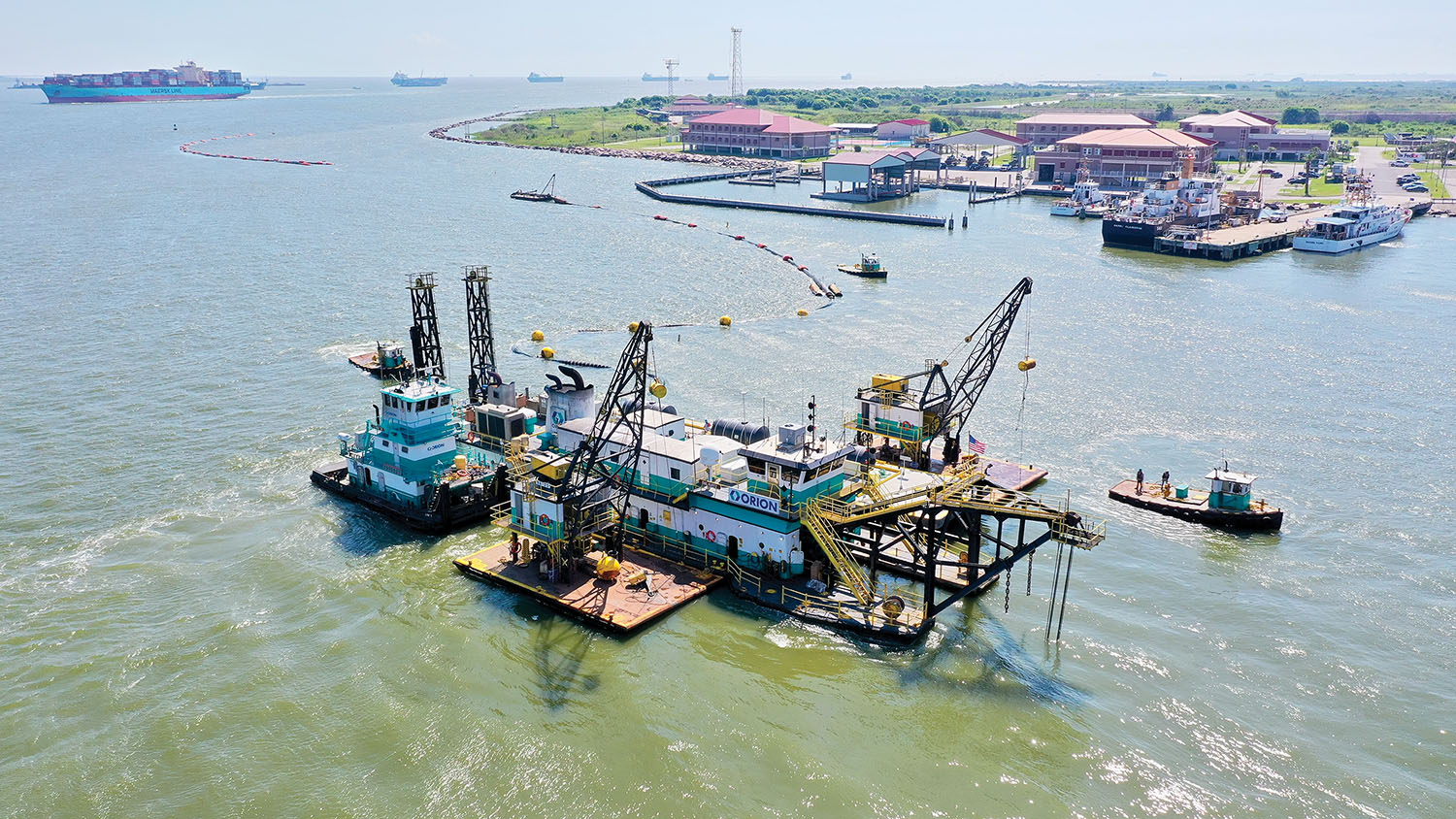 The Galveston Engineer District recently issued a warning for recreational boaters on the Galveston Harbor and Channel: take care around dredging operations.

In collaboration with Orion Marine Group—the contractor carrying out the dredging in the Galveston Harbor and Channel—the district stressed increasing awareness of the dredge operations in the channel to local recreational boaters.

While enjoying their time out on the water, people might not be aware of the potential danger posed by boating too close to a dredge, said Jason Shreve, the district’s safety and occupational health chief.

A dredge is a floating barge that basically clears out the bed of a harbor, river or channel and excavates materials from the bottom of the water, Shreve said. Dredging is usually done to reshape the land on the bottom of a body of water to improve navigability, construct dams or recover valuable minerals on the sea floor.

“It’s basically a floating construction zone,” said Marshall DeLuca, Orion vice president of business development. “As such, people need to keep a safe distance from it—at least 100 feet—because they can get hurt or damage their watercraft if they get too close.”

Shreve and DeLuca advise boaters in the Galveston Harbor to be especially mindful of the marked pipelines trailing the dredge, which relocates the dredge material to wherever it is being repurposed.

“While the pipeline is marked with buoys and lights, it sits just below the surface, and it is difficult to tell just how far below the surface it is,” Shreve said. Most dredge-related public accidents involve pipeline collisions, he added.

Shreve and DeLuca also recommend boaters avoid passing a dredge on the side marked with red lights.

“When passing a dredge always be aware of your surroundings,” Shreve said, adding that the dredge is only one part of the project and there will be other vessels and supporting equipment nearby.

“All sides of the dredge can be dangerous to boaters,” DeLuca said. In addition to the pipeline that exits the stern of the dredge, there is a ladder that extends about 50 feet from the bow under water and swings on a 250-foot-wide path, port to starboard. “It’s best just to stay away.”