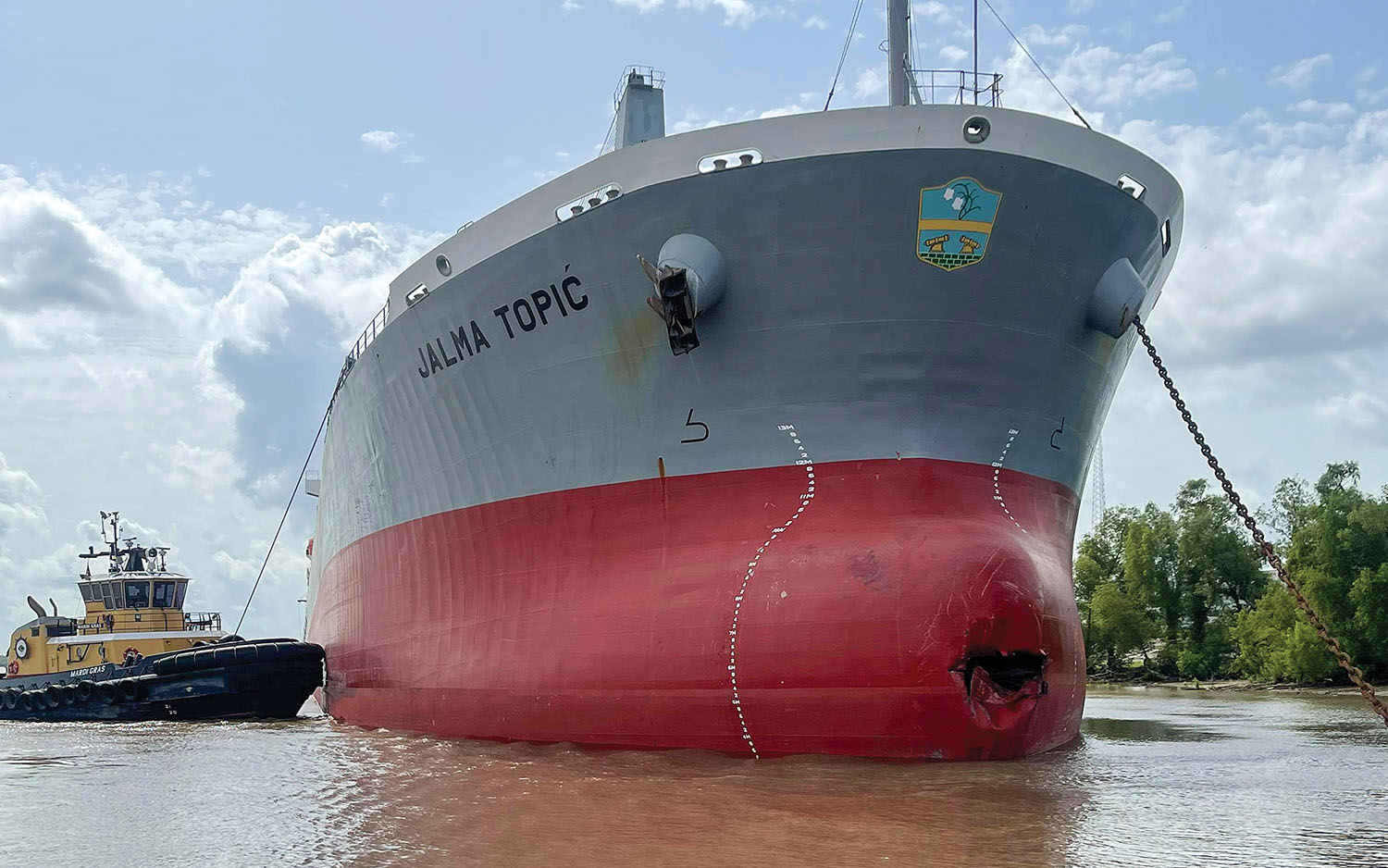 Shortly after 3 a.m. July 12, the Liberia-flagged bulk carrier Jalma Topic lost control as it was northbound on the Lower Mississippi River just below Algiers Point.

The ship careened to port and “allided with an office barge at the Cooper T./Smith fleet at Mile 93.5,” according to U.S. Coast Guard Public Affairs Specialist Gabriel Wisdom. That office barge houses Crescent Towing, a Cooper Company that provides harbor tug services to ships in the New Orleans area.

Photos posted to social media after the incident show damage to the lower end of the office barge, both from the direct impact of the ship and collateral damage to the shoreside of the barge.

Seth Boudreaux, a deckhand aboard a Port Ship Service crew boat, was working in that area the night of the incident and said his vessel transported a pilot with the Crescent River Port Pilots Association who had been aboard the Jalma Topic at the time of the incident.

“What I remember when I talked to the pilot when we took him off was there was some mechanical malfunction,” Boudreaux said. “It was stuck on port 10, but he was trying to go starboard 12, and it wouldn’t turn.”

The harbor tug Mardi Gras, part of Crescent Towing’s fleet, reportedly responded to the allision by helping hold the ship against the bank until it could be secured. The Jalma Topic was later moved just downriver to the General Anchorage “to be investigated and inspected by a Sector New Orleans marine inspector and an investigating officer,” Wisdom said.

The ship has a puncture in the middle of its bulbous bow from the impact.

The official cause of the incident remains under investigation. There were no injuries or pollution reported.