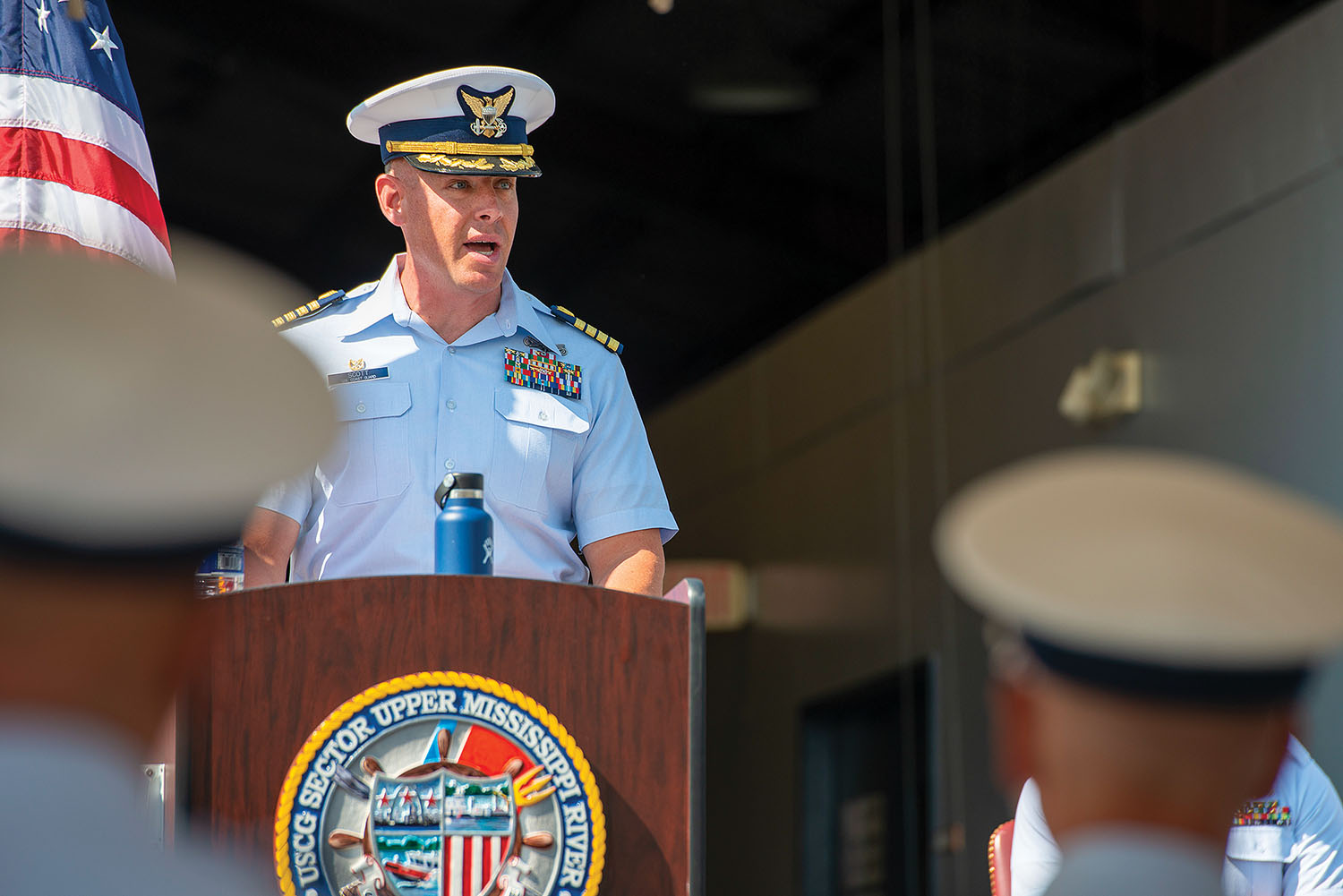 The station is responsible for the Upper Mississippi, Illinois and Missouri rivers as well as the surrounding lakes to include Lake of the Ozarks and Table Rock Lake. Its primary responsibilities are port, waterways and coastal security, flood response, search and rescue and recreational boating safety in the area.

Station St. Louis is the first of five new Coast Guard stations to be commissioned in the Coast Guard 8th District Western Rivers Sectors. The others will be formally inaugurated at Memphis, Paducah, Louisville and Pittsburgh.

According to Coast Guard spokesperson Jonathan Lally, formally establishing these stations doesn’t give them more assets, which were already in place, but it does increase their operational flexibility by making them stand-alone units.