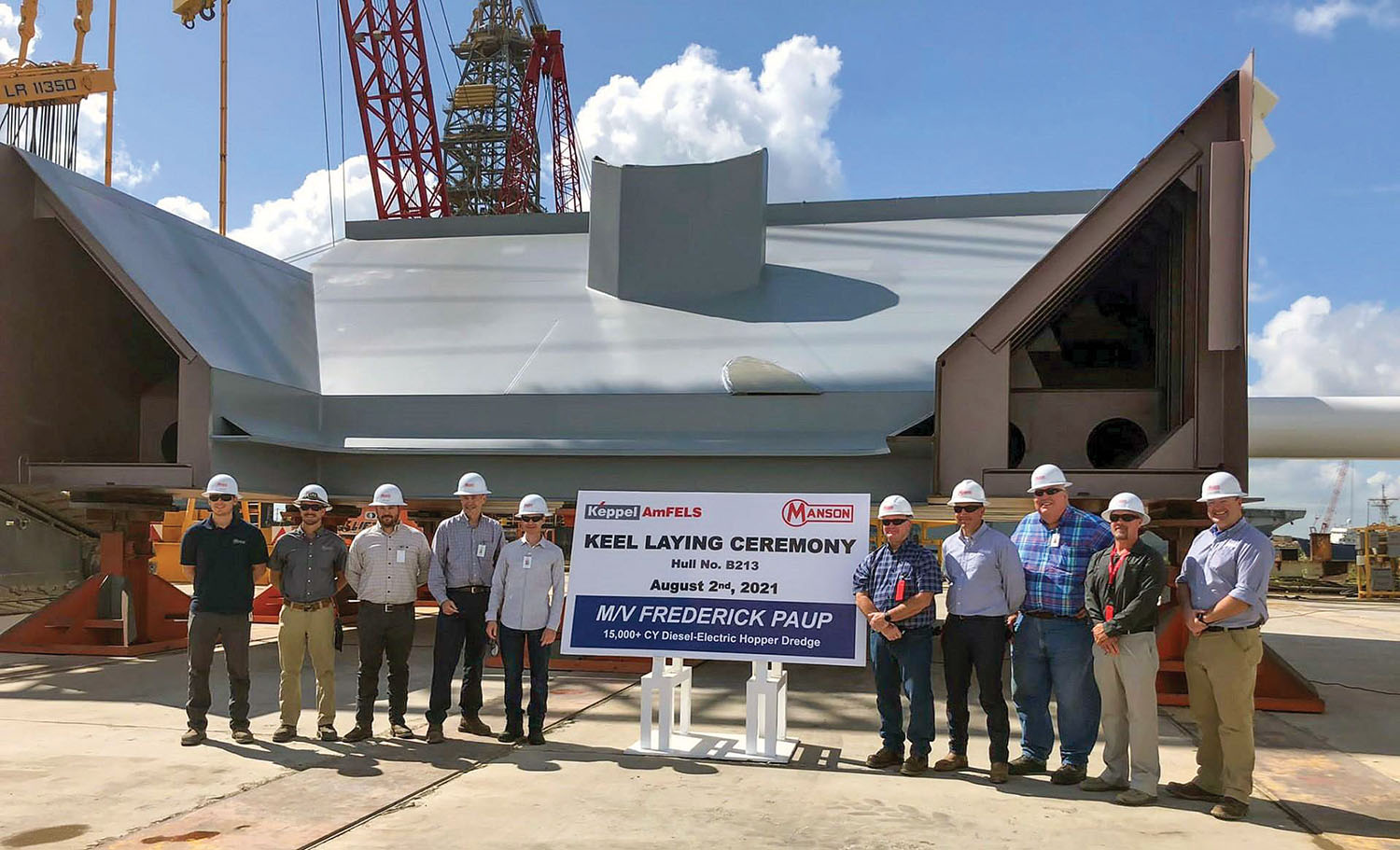 Manson Construction Company and Keppel AmFELS Inc. reached another on-time milestone August 2, celebrating with a keel-laying ceremony for the hopper dredge Frederick Paup. The keel-laying represents the official commencement of construction of a maritime vessel in its final build position, in this case the starboard half of Hopper Bay No. 3.

The ceremony was attended by dignitaries from the shipyard and Manson, including the vessel’s namesake, Fred Paup, Manson’s chairman and executive vice president, who is a descendent of the company’s founder, Peter Manson.

“The Keppel AmFELS and Manson teams have been working well together, which is facilitated by our views on the importance of safety and quality,” Paup said. “Both companies share the core values of taking care of people, doing the right thing and finding a better way. That has resulted in excellent communication and transparency throughout the build process. I would like to thank the Keppel AmFELS team and Manson’s project management team for their efforts in making this dredge become a reality.”

The placement of the first major element of the ship in the assembly area determines the dredge’s completion date, allowing the company to begin estimating when the vessel will officially be commissioned and put into service. The company can use this information for planning operations for the Frederick Paup. The dredge is slated to be fully operational in spring 2023.

The 15,000-cubic-yard hopper dredge, designed in collaboration with Hockema Group Inc. of Seattle, Wash., has a length of 420 feet, breadth of 81 feet and draft of 28.5 feet. Once complete, the self-propelled hopper dredge will be the largest in the United States, representing Manson’s single biggest investment in its 116-year history.

Caption for photo: Officials from Manson Construction Company and Keppel AmFELS commemorate the keel-laying for the Frederick Paup.