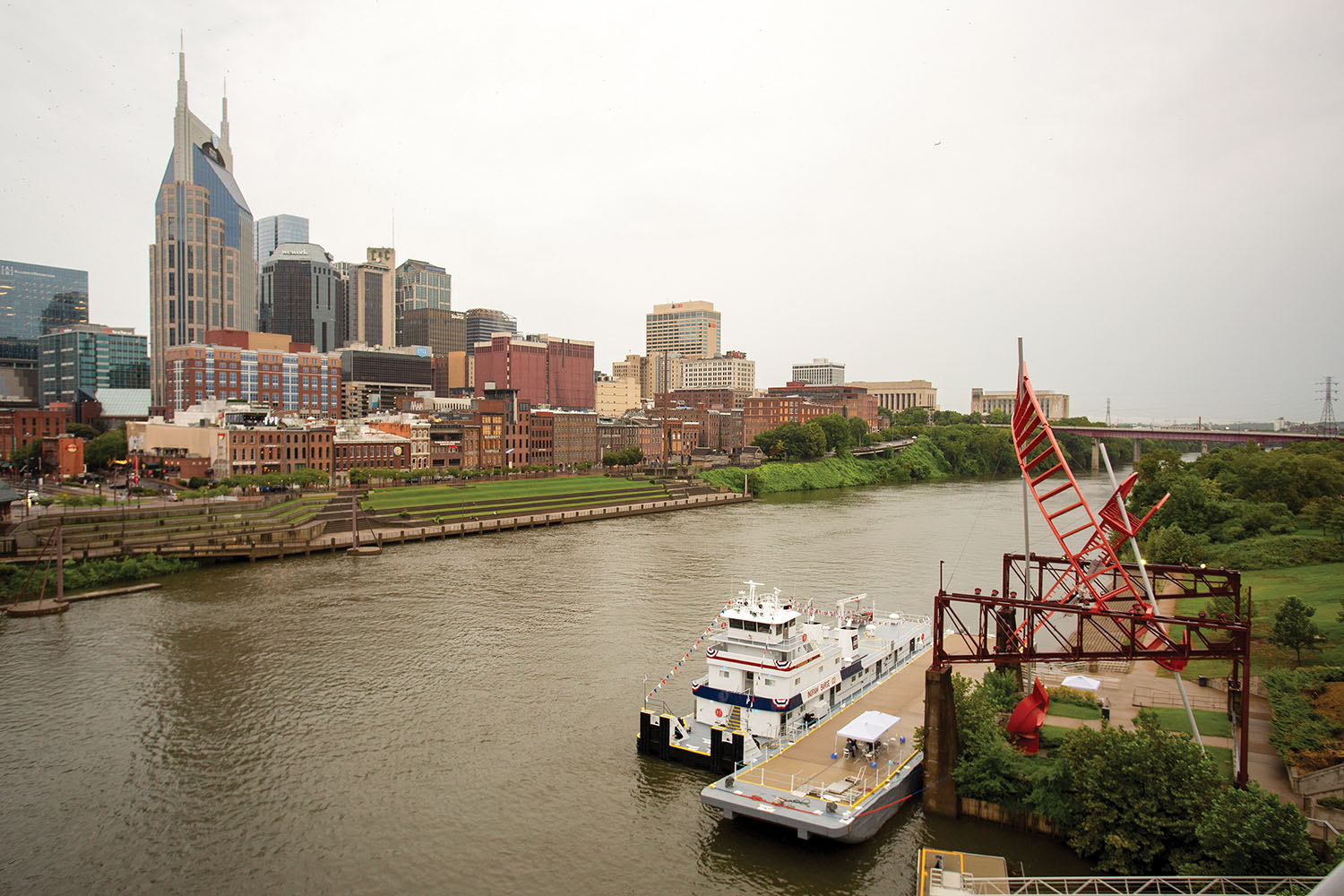 “At Ingram,we name our vessels after Ingram associates and affiliates who have made a huge difference to our business, which makes these events an incredibly special time for all of us,” said Orrin Ingram, chairman of Ingram Barge and CEO of Ingram Industries. “I thank the four men being honored for all that they’ve done for Ingram and the marine industry at large, and I look forward to seeing their namesake vessels on the rivers.”

Each vessel is named after a marine transportation or Ingram professional who has shown excellence through his work, he added.

The mv. A.A. Birch III is named for Adolpho A. Birch III, who serves on the Ingram Industries board and is also the senior vice president-business affairs and chief legal officer for the Tennessee Titans. Prior to joining the Titans, he had a storied 23-year career with the National Football League in New York City.

Youngsuk “YS” Chi is a member of the Ingram Industries board, and a longstanding leader in the media and technology sector. YS began working with Ingram in 1992 at Ingram Micro, and then he joined Ingram Book Group LLC before co-founding and becoming chairman of Lightning Source LLC. He has since moved on to serve as non-executive chairman of Elsevier.

The towboat named for him, the Youngsuk Chi, is a 170-foot, 6,500 hp. vessel built by Jeffboat in 1966. Ingram acquired it from ACBL in 2012 and completely refurbished and repowered it in 2019 with EPA Tier IV GE engines.

Kent Freeman worked 30-plus years for Ingram Content Group and now serves as the president of VitalSource Technologies LLC, an educational technology company Ingram recently sold. Over the years, he worked in several different capacities, including serving as the chief strategy and development officer for seven years. He then went on to lead VitalSource through a critical transition to becoming one of the country’s leading education technology companies.

James “Jim” Hamilton is a member of the Ingram Industries board and the retired global head of transportation for JP Morgan. He led global transportation investment banking teams for more than 34 years and served in the U.S. Naval Reserve for 12 years. An active community member, he is involved with a variety of marine industry boards.

The towboat Ingram named in his honor is the James L. Hamilton, which Ingram also acquired from Midland. It is 138 feet long and has 6,140 hp.

Caption for top photo: The Youngsuk Chi with the Nashville skyline in the background. (Photo courtesy of Ingram Barge Company)

For more pictures from the ceremony, click on the slideshow below: 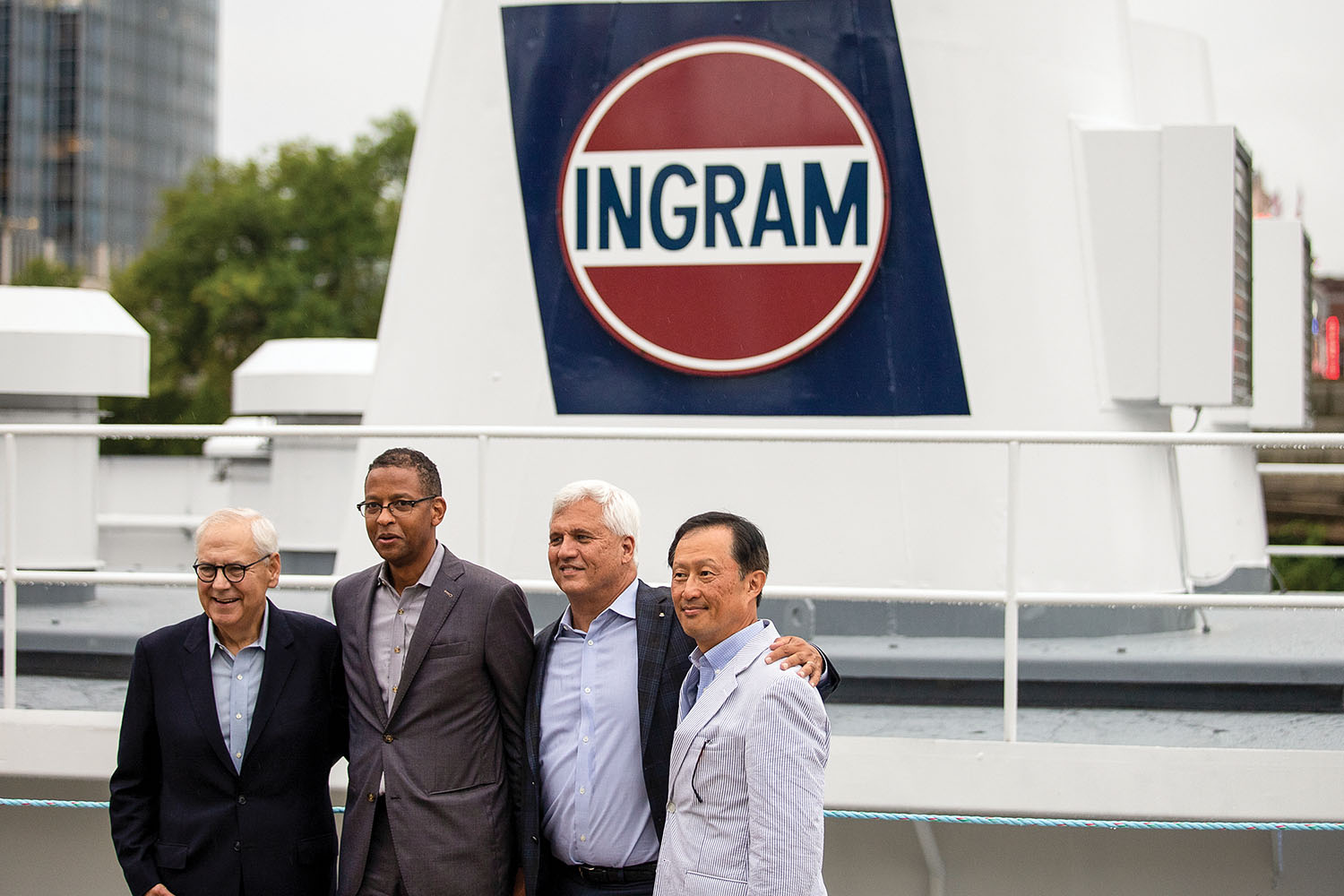 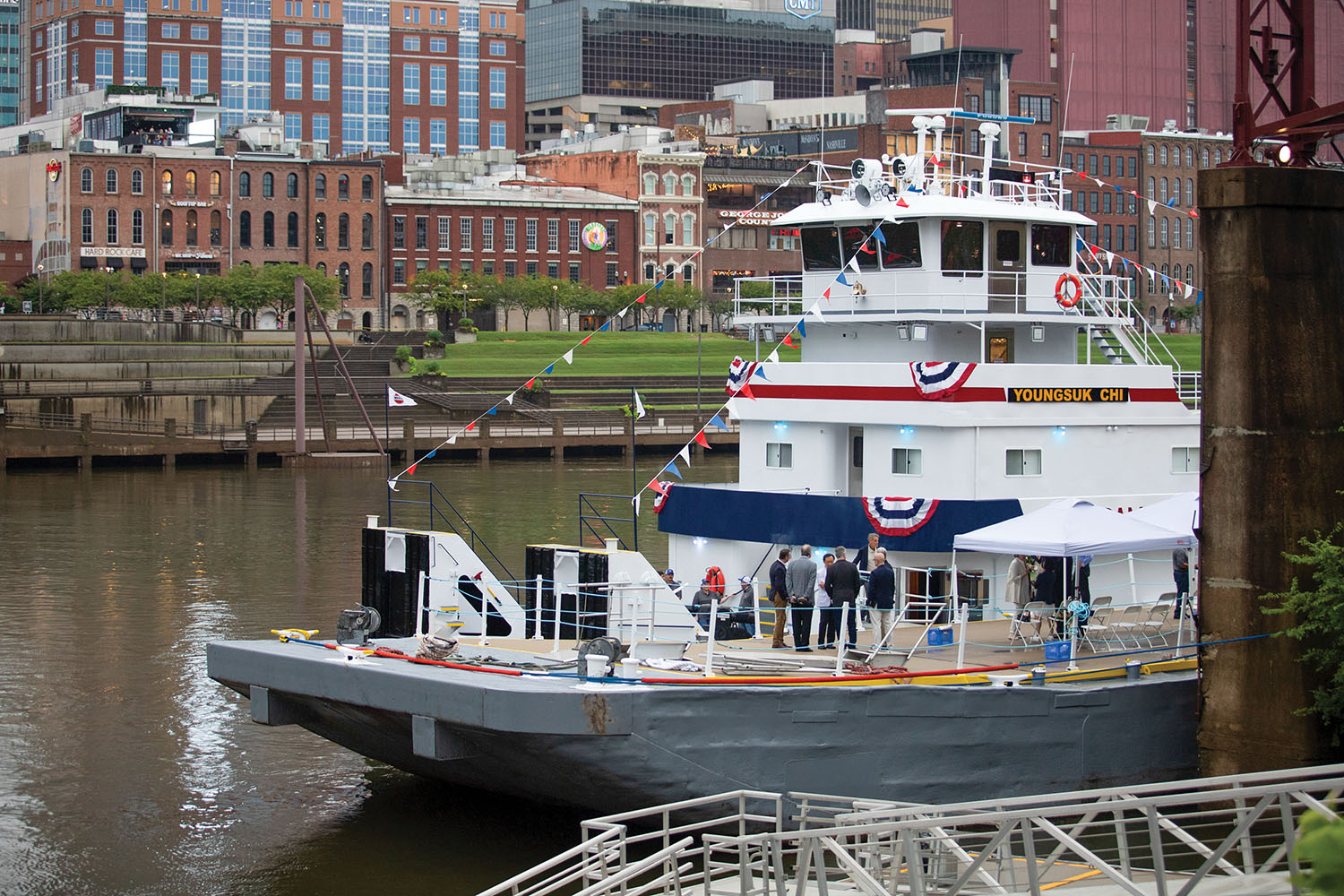 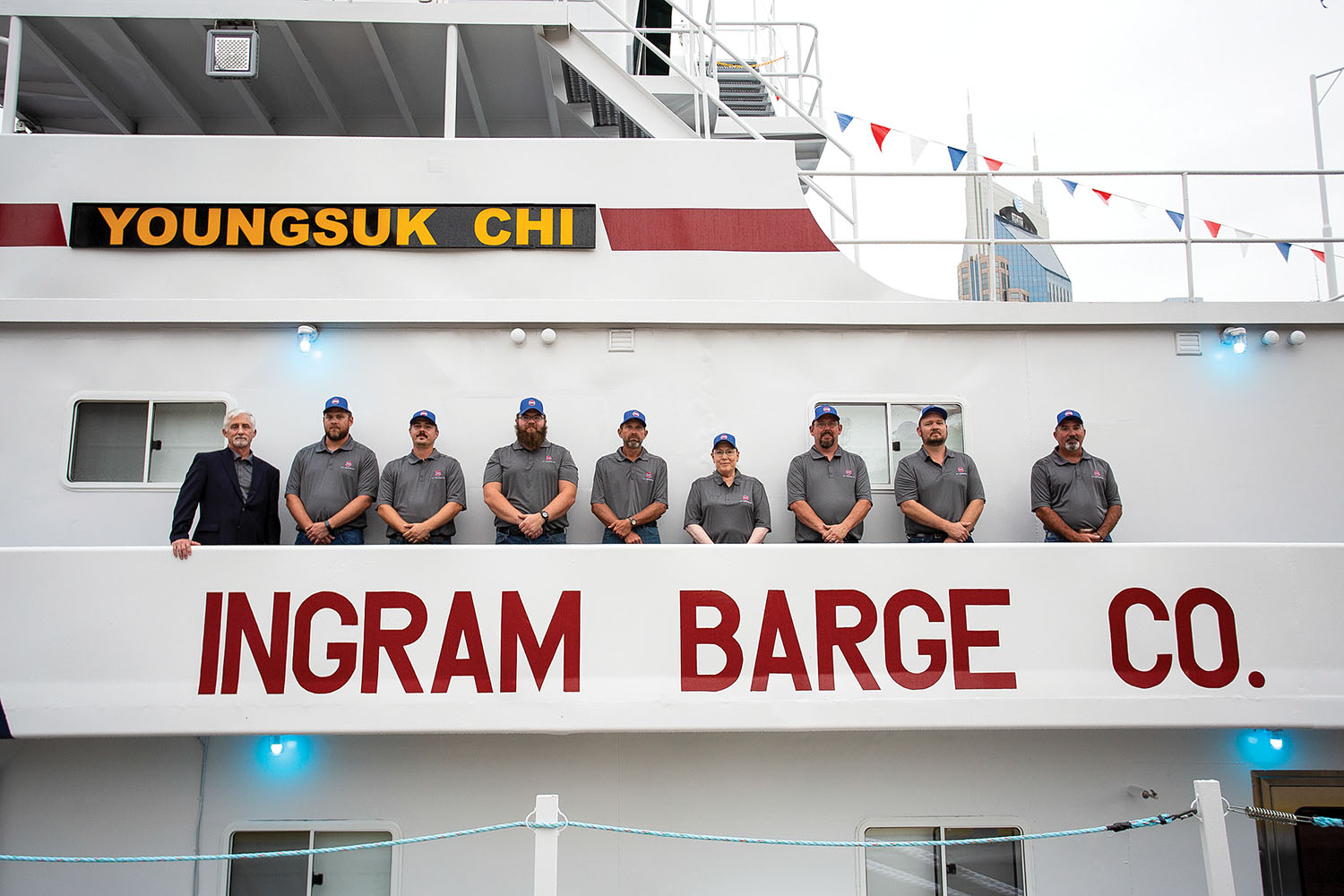 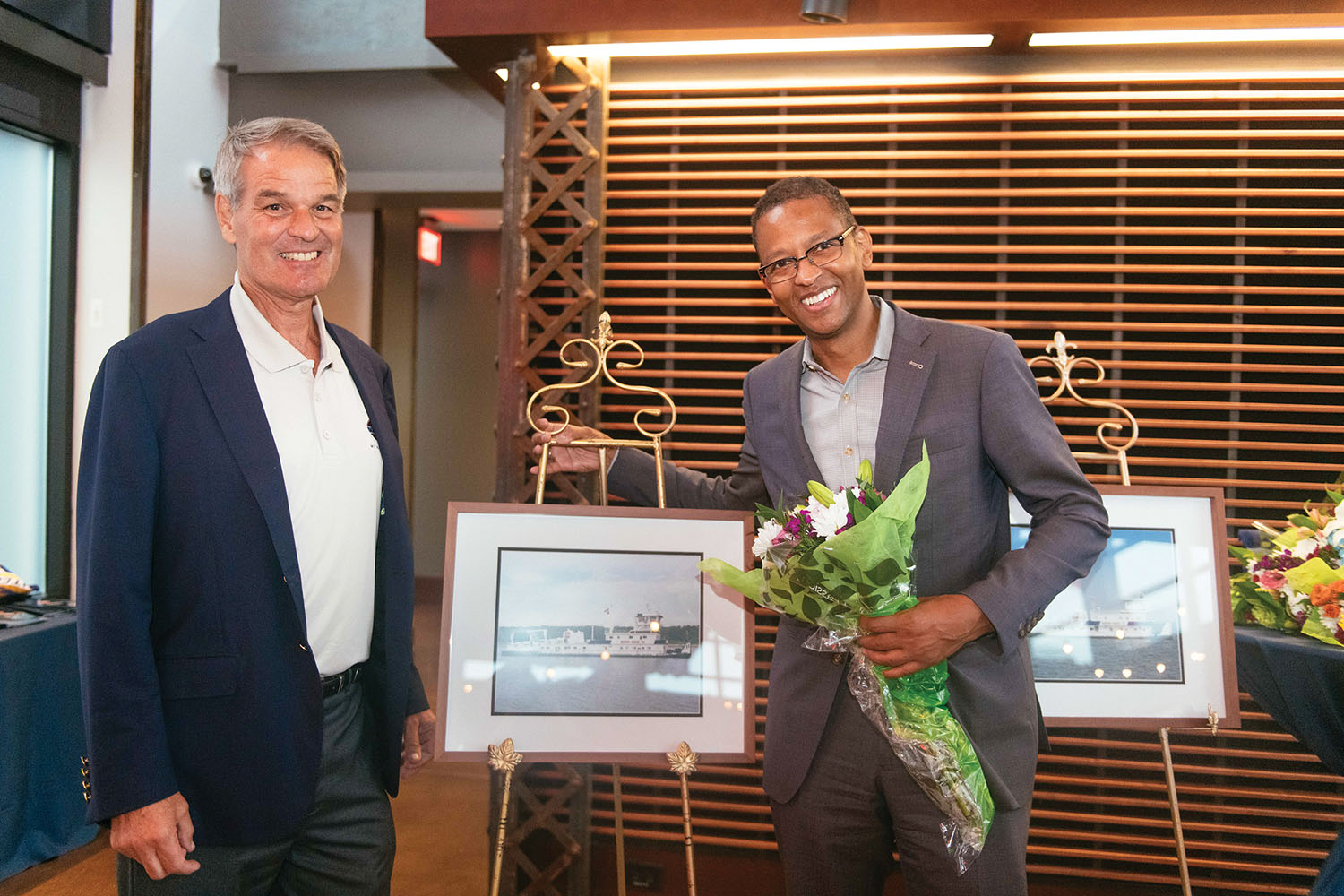 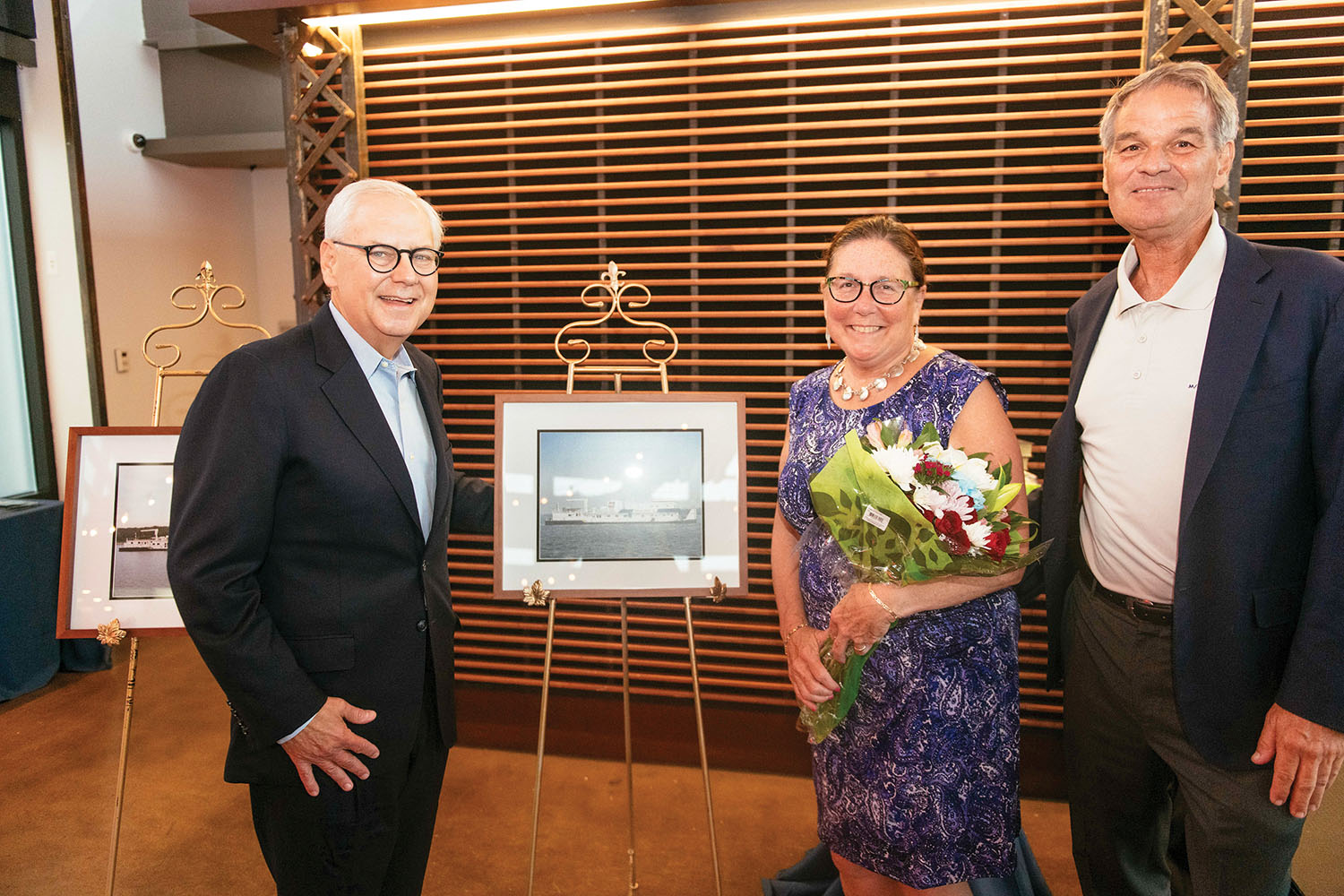 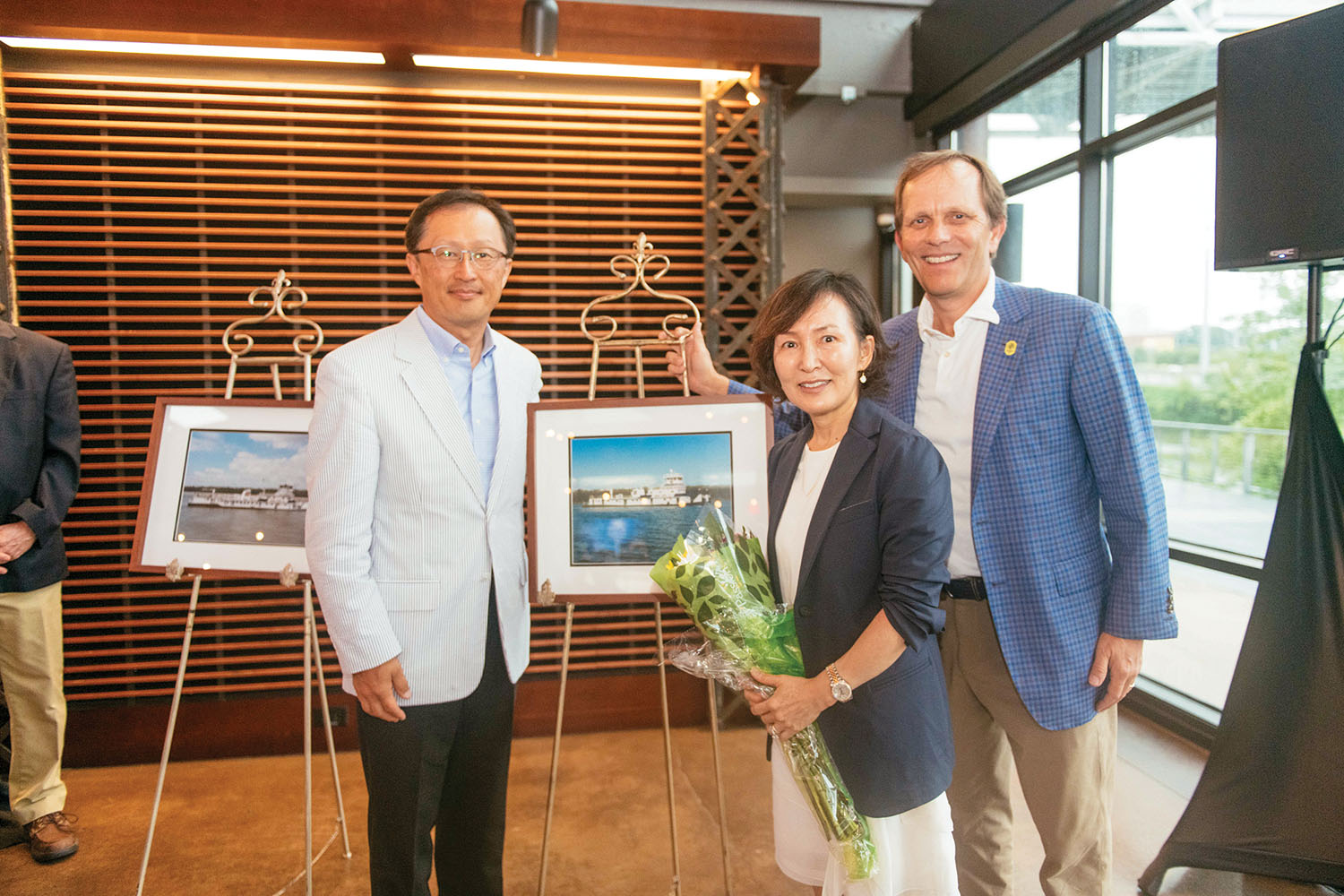 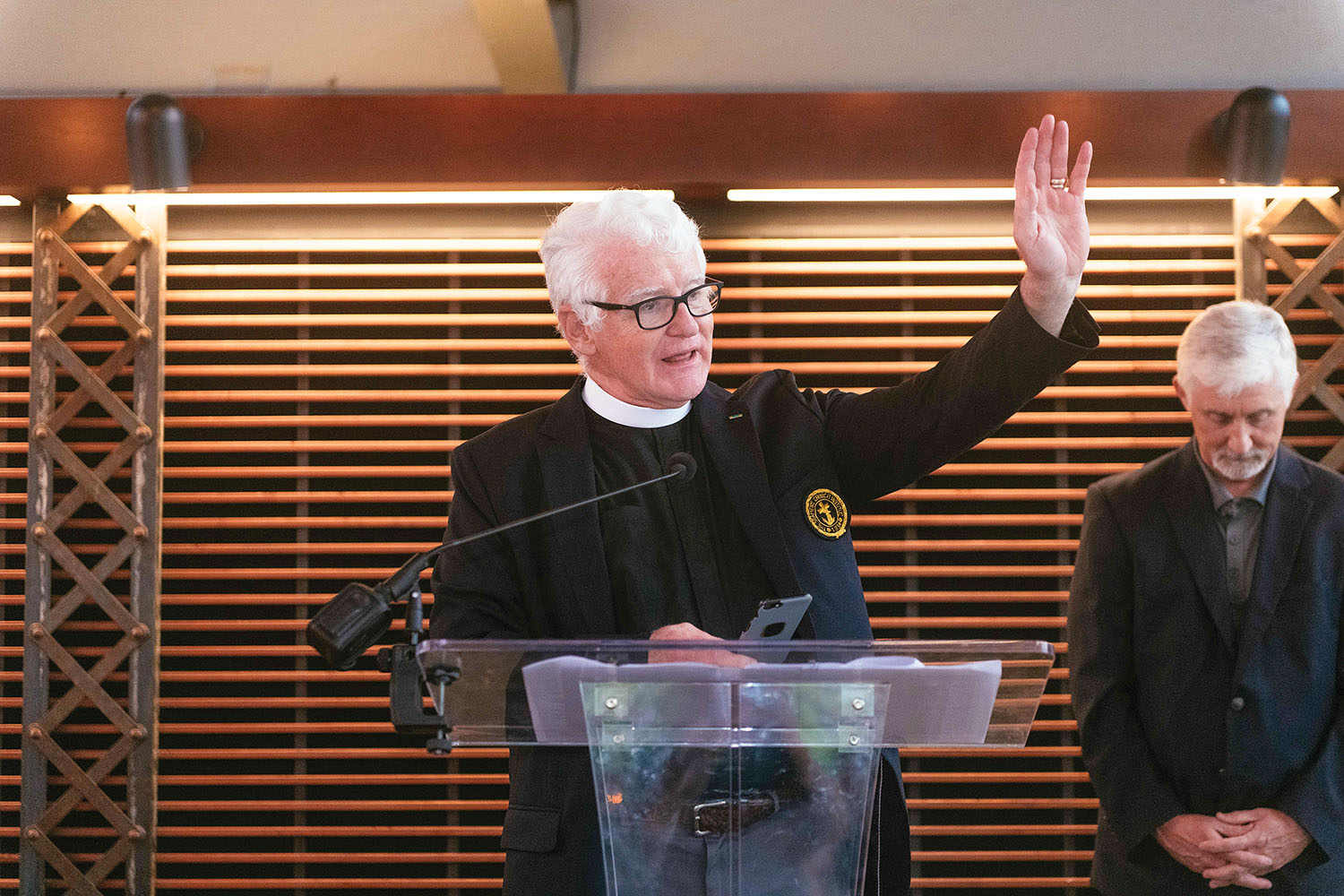 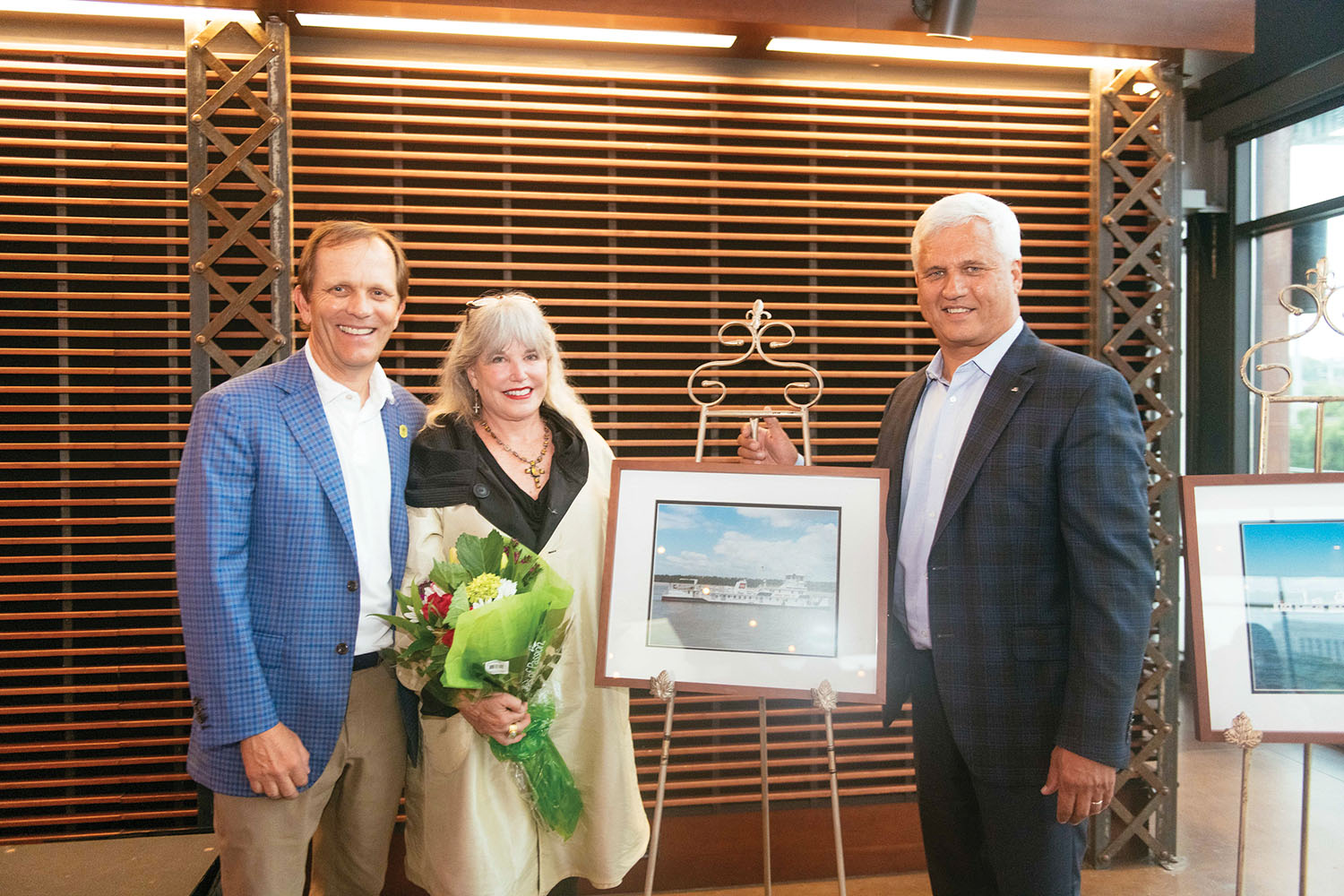 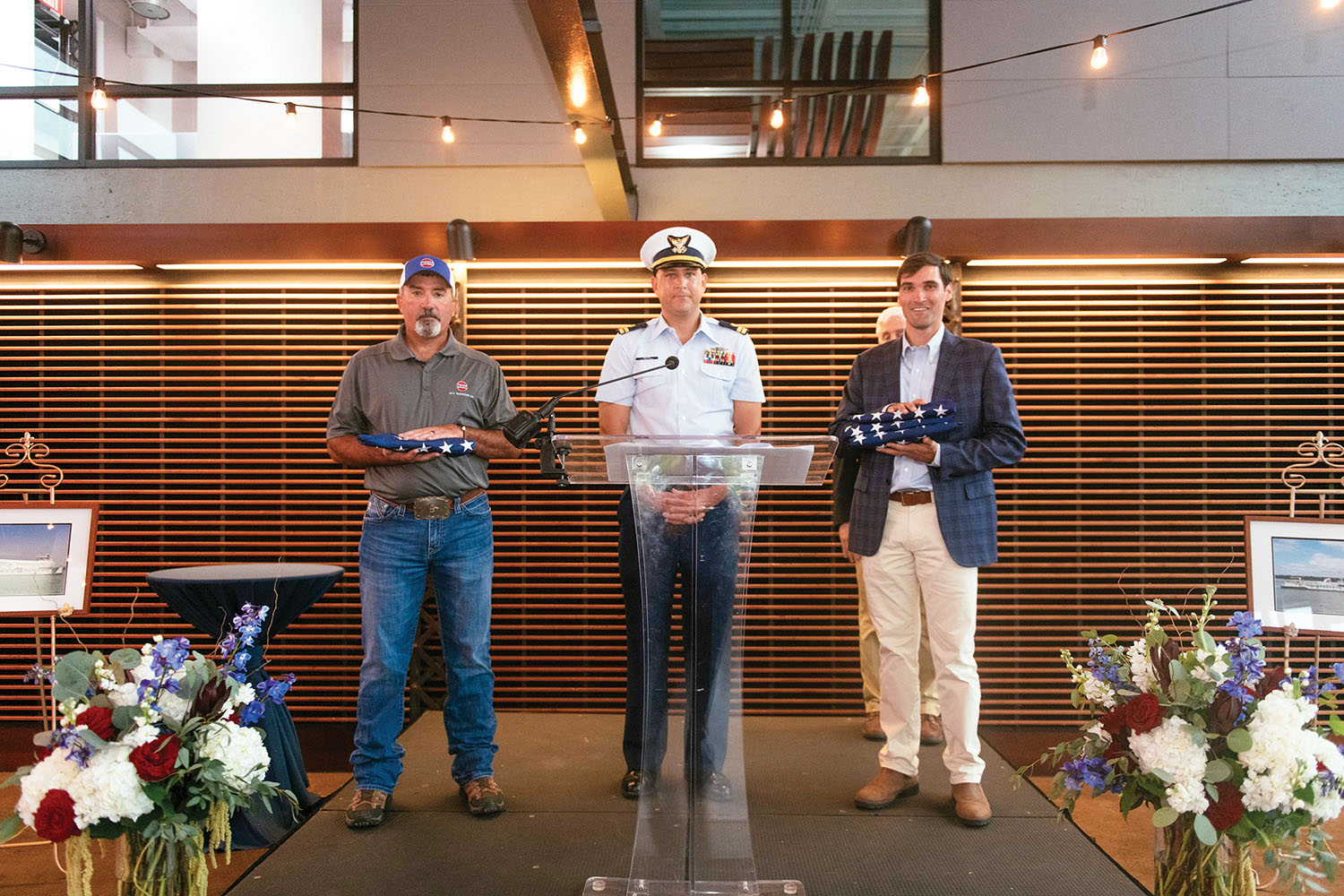 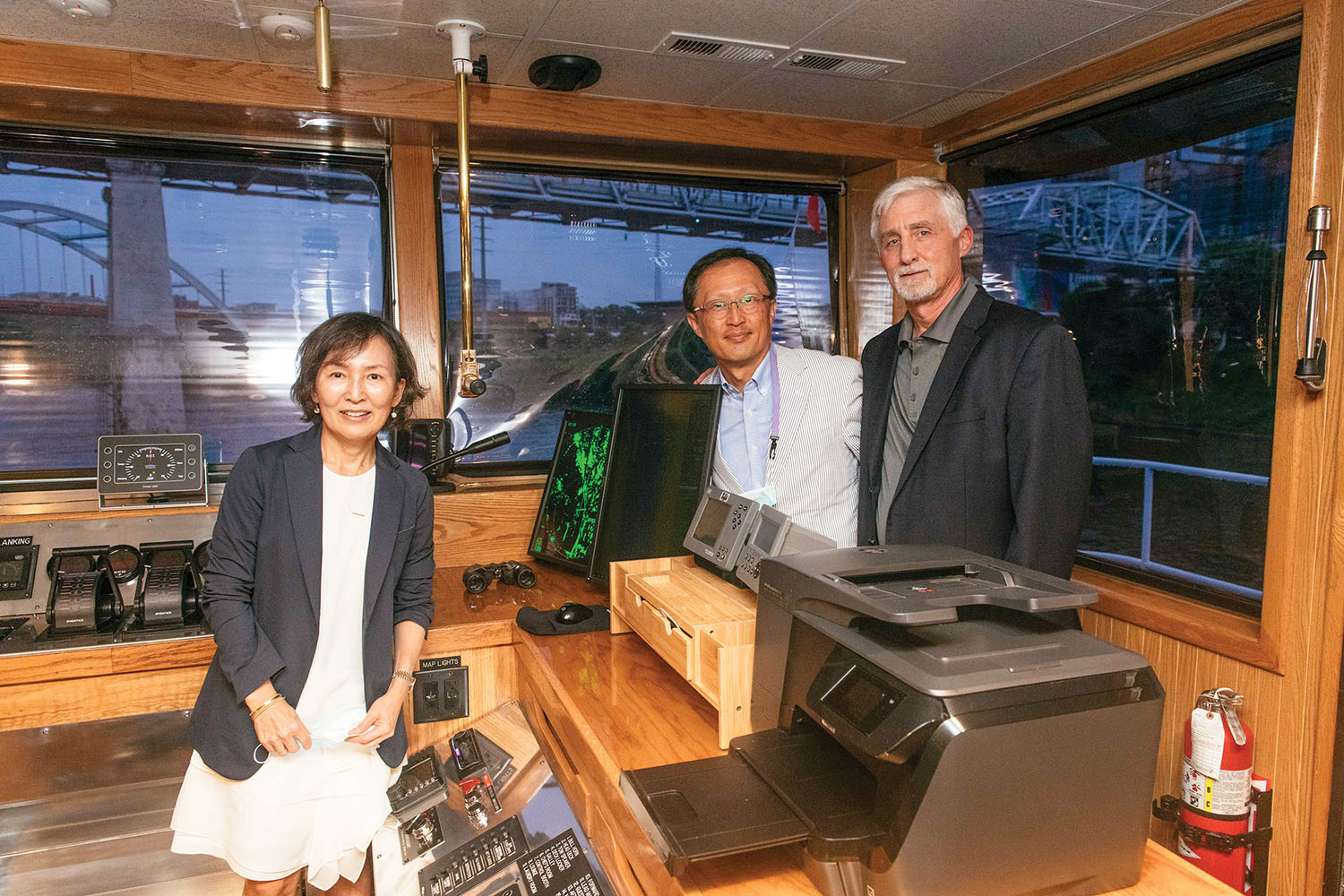