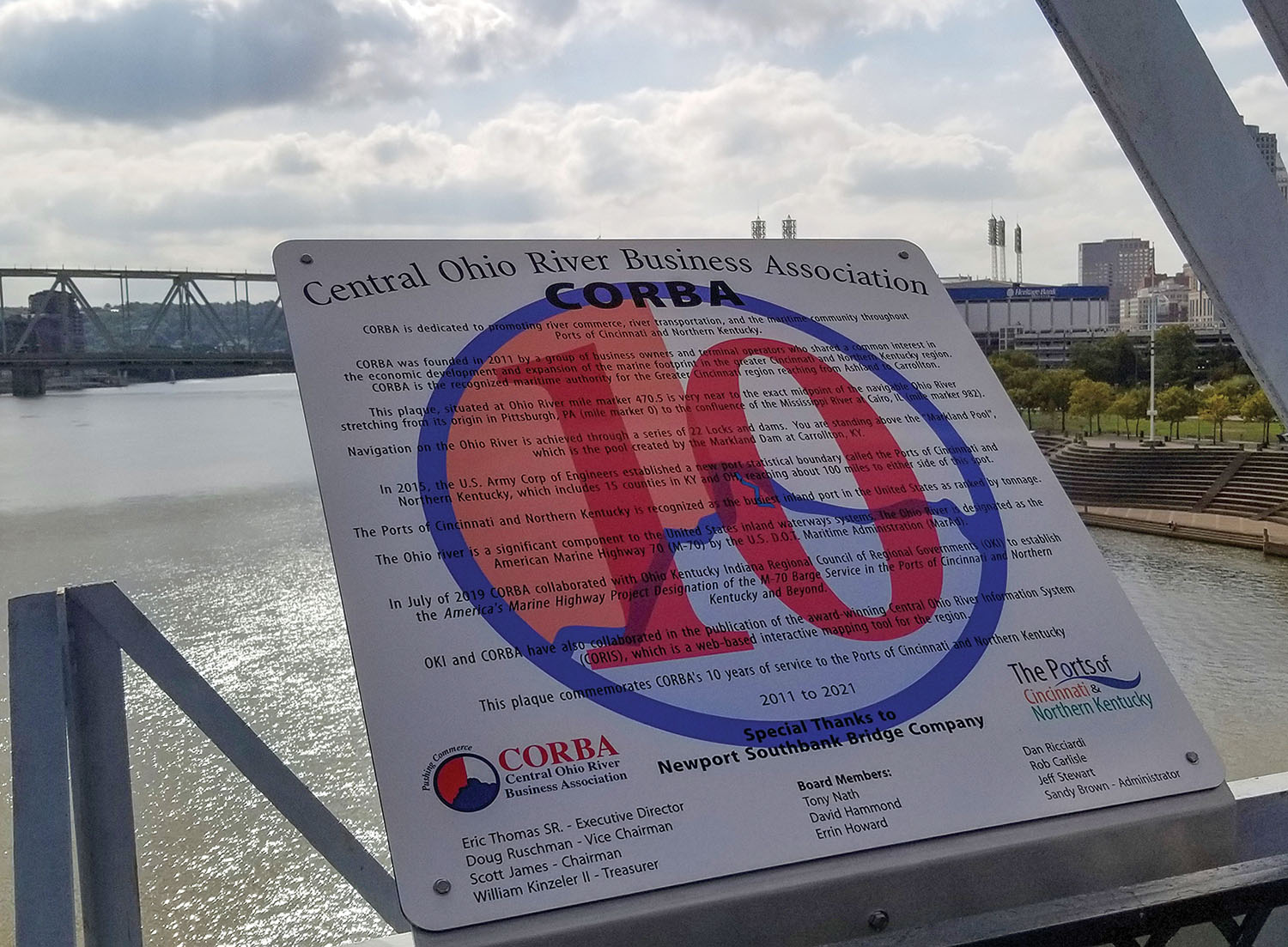 The Central Ohio River Business Association (CORBA) is celebrating its 10-year anniversary. The association held a celebration on the Purple People Bridge, a pedestrian-only bridge connecting Cincinnati and northern Kentucky, on September 16.

Eric Thomas, executive director of CORBA, and Scott James, CORBA’s current chairman, spoke about the achievements and initiatives the association has instituted over the last decade, including the success of the nationally recognized Central Ohio River Information System (CORIS). An interactive map providing accurate, up-to-date information for facilities operating along the Ohio River, CORIS was created by CORBA in collaboration with Ohio-Kentucky-Indiana Regional Council of Governments (OKI).

Special guest speakers at the event included Robyn Bancroft, strategic initiatives manager at OKI, and Rep. Thomas Massie of Kentucky’s 4th Congressional District. During the celebration, CORBA and OKI unveiled a 3- by 3-foot anniversary plaque that will reside on the Purple People Bridge to commemorate the improvements the association has made for the local maritime industry.

CORBA was founded in 2011 by a group of business owners and operators to improve freight traffic and preserve the maritime industry along both banks of the Ohio River throughout Cincinnati and northern Kentucky. The association’s members consist of barge and towing companies, terminal operators, local port authorities and municipalities, utilities and other maritime support companies.