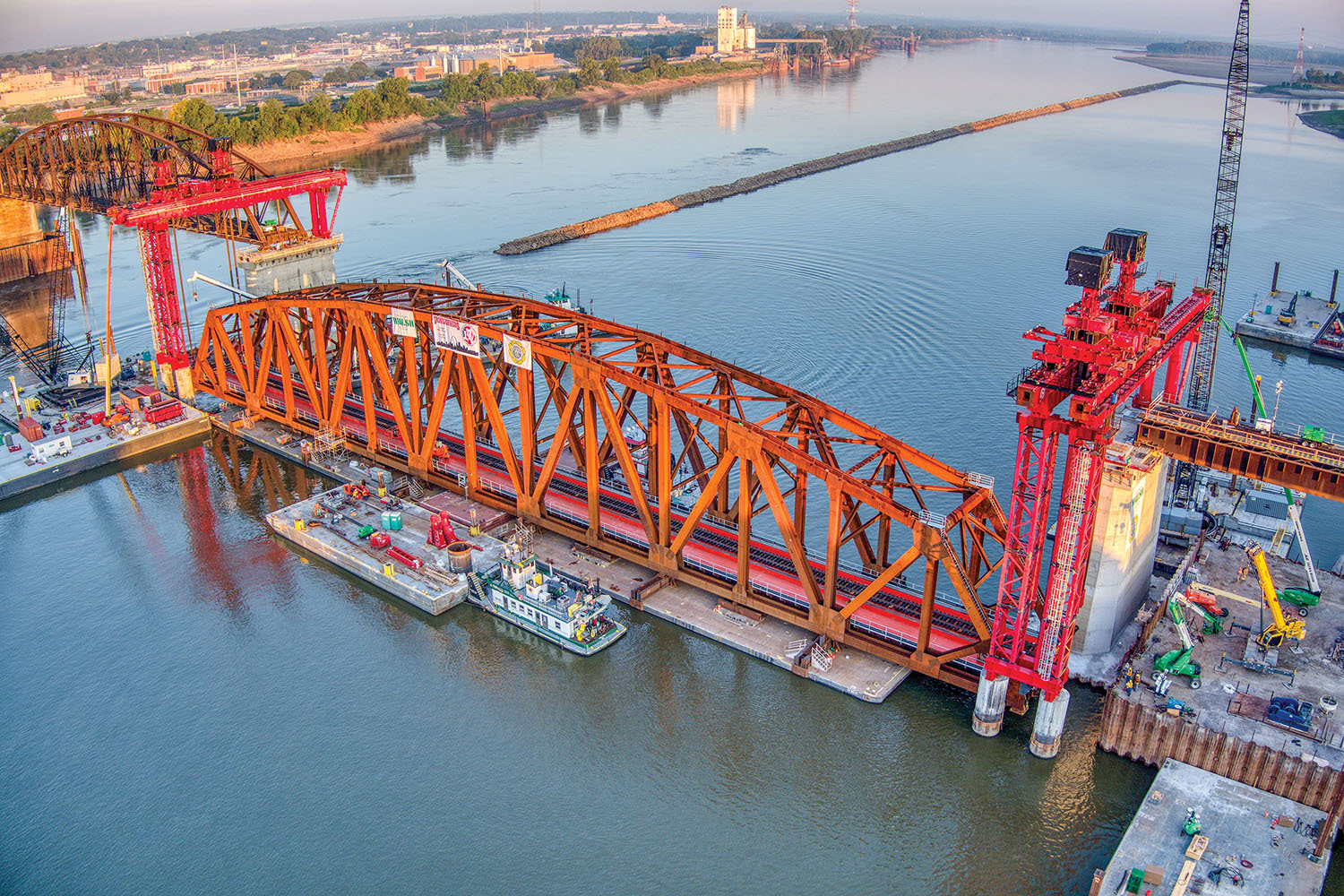 The $222 million project to replace the Merchants Bridge that links Missouri and Illinois at downtown St. Louis reached a milestone September 17, with the first of three new trusses being installed. The truss was slowly lifted from barges underneath the bridge. Mississippi River traffic was partially halted for the move.

Dating back to 1890, the Merchants Bridge allows six Class I railroads and Amtrak to cross the Mississippi River and is one of the nation’s primary east-west rail corridors serving the nation’s second largest rail hub by car interchange volume and third largest by gross tonnage. The replacement of this vital rail artery is the bi-state St. Louis region’s top freight infrastructure priority.

Owned by Terminal Railroad Association of St. Louis (TRRA), the Merchants Bridge required reconstruction due to the speed, clearance and load restrictions.

The project includes the removal and replacement of the three river-span trusses, seismically retrofitting the existing river piers and improving the east approach.

Caption for top photo: The first of three trusses is slowly raised into position to be placed on the Merchants Bridge on the Mississippi River in downtown St. Louis. (Photo courtesy of Walsh Construction and Trey Cambern Photography)