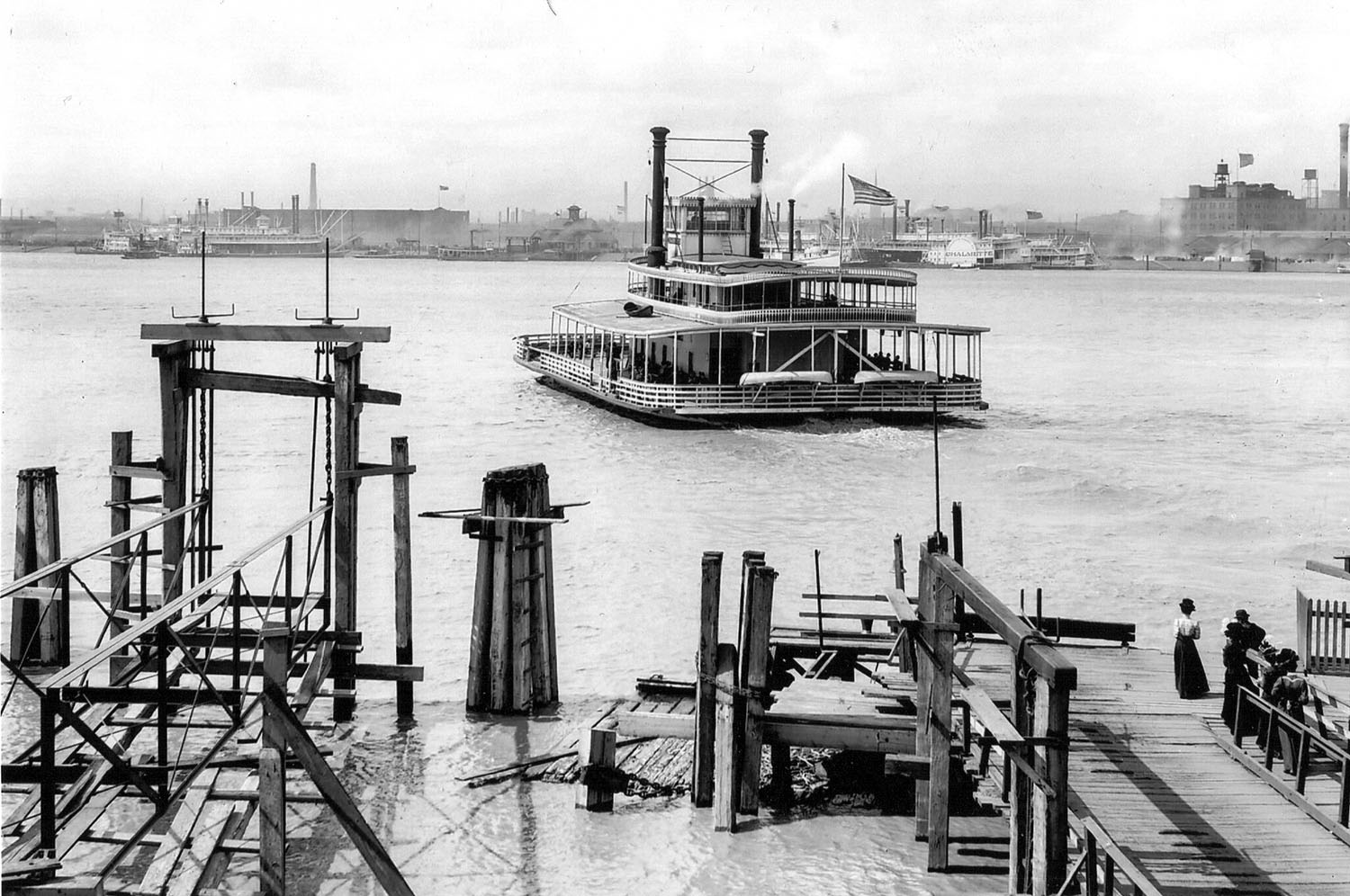 The recent destruction on the Gulf Coast by Hurricane Ida brings to mind a “ferry tale” of 56 years ago.

In 1892, the Howard Shipyard & Dock Company at Jeffersonville, Ind., contracted with the Union Ferry Company of New Orleans for the construction of a new vessel. The steamboat was named for Thomas Pickles, head of the New Orleans-Algiers ferry operations, assisted by his son-in-law, Capt. Alexander M. Halliday, a native of Gallipolis, Ohio. It was said that Halladay was a favorite overnight guest of the Howard family and enjoyed staying in the third-floor tower room of the mansion overlooking the river and shipyard.

Built on a catamaran-style steel hull that measured 125 feet in length by 53 feet in width, the boat had engines of 17-inch cylinders with a 6-foot stroke. Two boilers, each 42 inches by 22 feet, supplied the steam. Originally coal fired, the boilers later were converted to fuel oil. The vessel handled 50 cars and 250 passengers.

Looking back 120 years, Capt. Clyde Howard’s log book for the shipyard noted on March 21, 1893, that “Capt. Halliday arrived here to take the Str. Thos. Pickles to New Orleans.” An entry made on March 26 states that the new boat made its trial trip, everything worked fine and was satisfactory. The log book entries for March 30 describe that it was a bright, warm day with a rising river for the departure of the Pickles at 6 p.m. Also of note was that the shipyard launched the railroad towboat City of Huntsville earlier that day. The cost of building the Pickles is listed as $29,000.

Contained in the collections of the Howard Steamboat Museum is a framed portrait of Capt. Sebastian Smith Rhodes, a New Orleans ferry pilot for 14 years, who dropped dead of a stroke at the wheel of the Pickles in 1893. Born August 6, 1851, at Baton Rouge, La., he spent decades as a resident of Algiers. Capt. Rhodes also was associated with the steamboats Laura Lee, Ouachita and Bart Able. The portrait was a gift from the great grandson of Capt. Rhodes.

The Thos. Pickles faithfully served the harbor at New Orleans until Hurricane Betsy struck the Crescent City on September 9, 1965, the boat then under the ownership of the Jackson Avenue-Gretna Ferry Inc.

This writer fondly recalls the late Capt. Sam Centanni, pilot on the New Orleans excursion steamer Natchez, recounting the loss of the faithful ferry. Capt. Sam, who always referred to the boat as “the Pickle,” dramatically recalled to a rapt pilothouse audience that the steamboat was moored at the Jackson Avenue ferry landing in Gretna, opposite New Orleans, when the brunt of the storm struck. All of the crew jumped ashore with the exception of the chief engineer, Ferdinand Weber, who remained aboard as the badly damaged boat was blown into the middle of the storm-ravaged river. As the swiftly sinking riverboat was driven by the ferocious winds and drifting upriver near Napoleon Avenue, a barge that had broken loose came alongside the doomed boat. Weber jumped onto the barge and climbed into the rake. The barge remained afloat and ultimately landed atop the levee at Westwego.

Weber was reported missing, presumed drowned and his family already duly notified by authorities. In the meantime, the hardy engineer had climbed out of the barge and walked the six miles from Westwego to his home at Harvey, La. Weber’s wife couldn’t believe her eyes when he came walking up the street to the house! As late as 1978, Chief Weber was serving one day per week on the excursion sternwheeler Cotton Blossom.

Five decades later, the wreck of the Thos. Pickles lies at the bottom of the Mississippi River, some 100 miles above the Head of Passes.