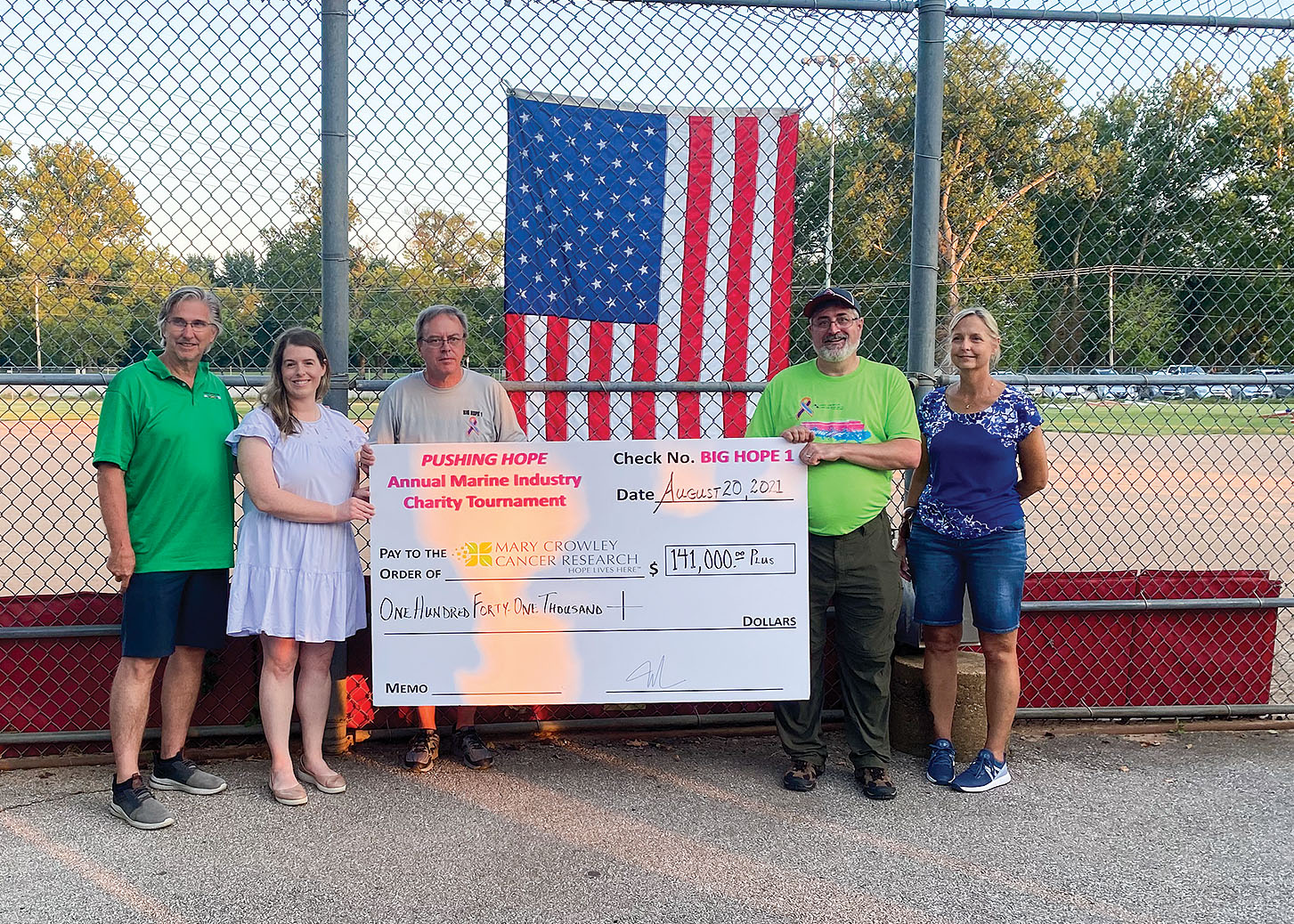 The event, held August 19-21 in Kirkwood, Mo., dates back to the early 1980s, when Consolidated Grain & Barge began the river industry charity softball tournament as a way to get the industry together, have some fun and support a charitable cause. CGB later handed over coordination of the tournament to Olympic Marine Company, which held it for nine years.

In 1999, MEMCO Barge, which later became AEP River Operations, took over, and continued the tradition for 17 more years, during which time a golf tournament and kickball tournament were added. In 2018, a 5K and 1-mile fun run/walk were included. Under AEP River Operations’ direction, the marine industry raised more than $885,000 for charitable causes.

In 2015, Ceres Consulting LLC took over coordination of this annual event with ACBL’s assistance as a major sponsor.

In 2020, the event was canceled because of COVID restrictions, but in December of that year, Marty Shell III and his teammates at Five Rivers Distribution in Van Buren, Ark.,  organized a fundraiser to benefit Mary Crowley Cancer Research, the tournament’s beneficiary. The fundraiser netted $109,500.

The 2021 tournament, despite reduced attendance due to the ongoing pandemic, still raised upwards of $140,000. Since 2012, the tournament and associated events have raised more than $1.4 million, which allows more clinical trials and helps cover costs of patients enrolling in those trials. Since its founding in 1997, Mary Crowley has enrolled more than 7,000 patients in nearly 650 potentially lifesaving clinical trials. Since then, 17 new cancer drugs have been brought to FDA approval.