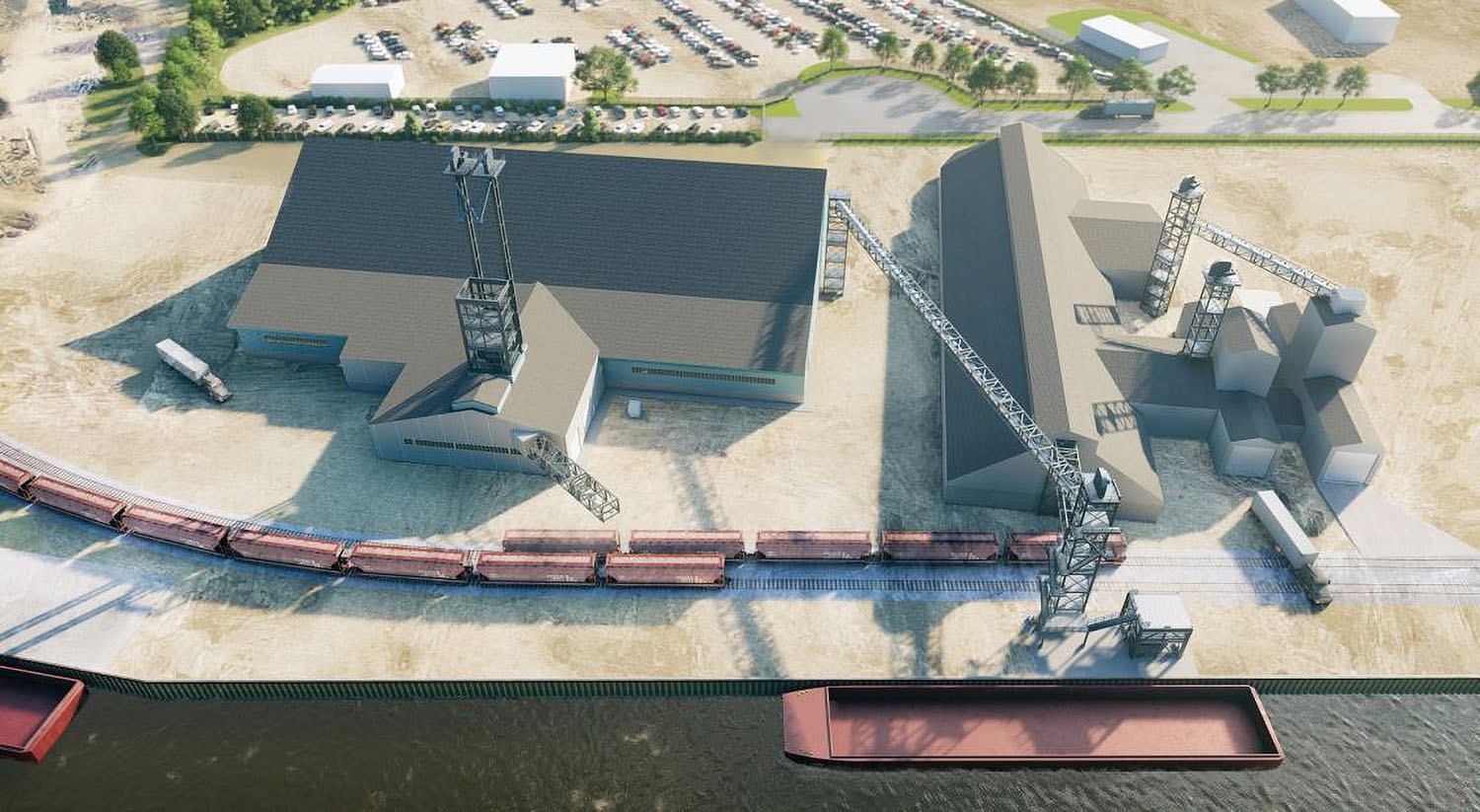 Alter’s current tenant, ADM Fertilizer, based in Minneapolis, Minn., will utilize the new warehouse under a long-term contract. The 40,000-ton warehouse will have seven large storage bins for bulk products and three micro bins, plus a high-capacity blending/loadout system.

Marcus Construction designed the new building and is performing as the primary and general contractor for the new facility. Alter has also partnered with Sackett-Waconia for mechanical system design and equipment as well as the existing terminal upgrade.

The facility will receive product from a new 800-tons-per-hour barge-unloading system as well as a 400-tons-per-hour rail-unloading system. The building will feature storage bays for macro products as well as micro bins for specialty products. The 320-foot-long facility will have 150-foot storage bins, a 40-foot-wide alleyway for end loader operation and an enclosed two-lane truck loadout. Rail cars can be loaded using an overhead conveyor coming from the high-speed loadout system.

The new barge receiving system feeds both the new facility and Alter’s existing facility on the site, which will now also enable discharge of railcars into either building. The new building’s loadout equipment utilizes dual in-floor conditioner/drag conveyors feeding bucket elevators, which in turn feed directly to trucks or rail.

Other improvements on the site include an expansive installation of a stormwater containment and management plan, according to standards established by the Minnesota Pollution Control Agency.

Alter is also in the process of finalizing plans for an extensive addition to its rail service, increasing capacity with approximately 4,400 feet of new track. The Saint Paul Port Authority was instrumental in securing funding from the Minnesota Department of Transportation to assist in the project.

TKDA Engineering, based in St Paul, has been actively involved in all aspects of the three projects as well as lending a supervisory role overseeing the new building construction.

Alter is expecting all construction on the three projects to be complete early in 2022.

Caption for top photo: Expanded facility was designed by Marcus Construction, which is also the primary and general contractor. (Photo courtesy of Alter Logistics Company)