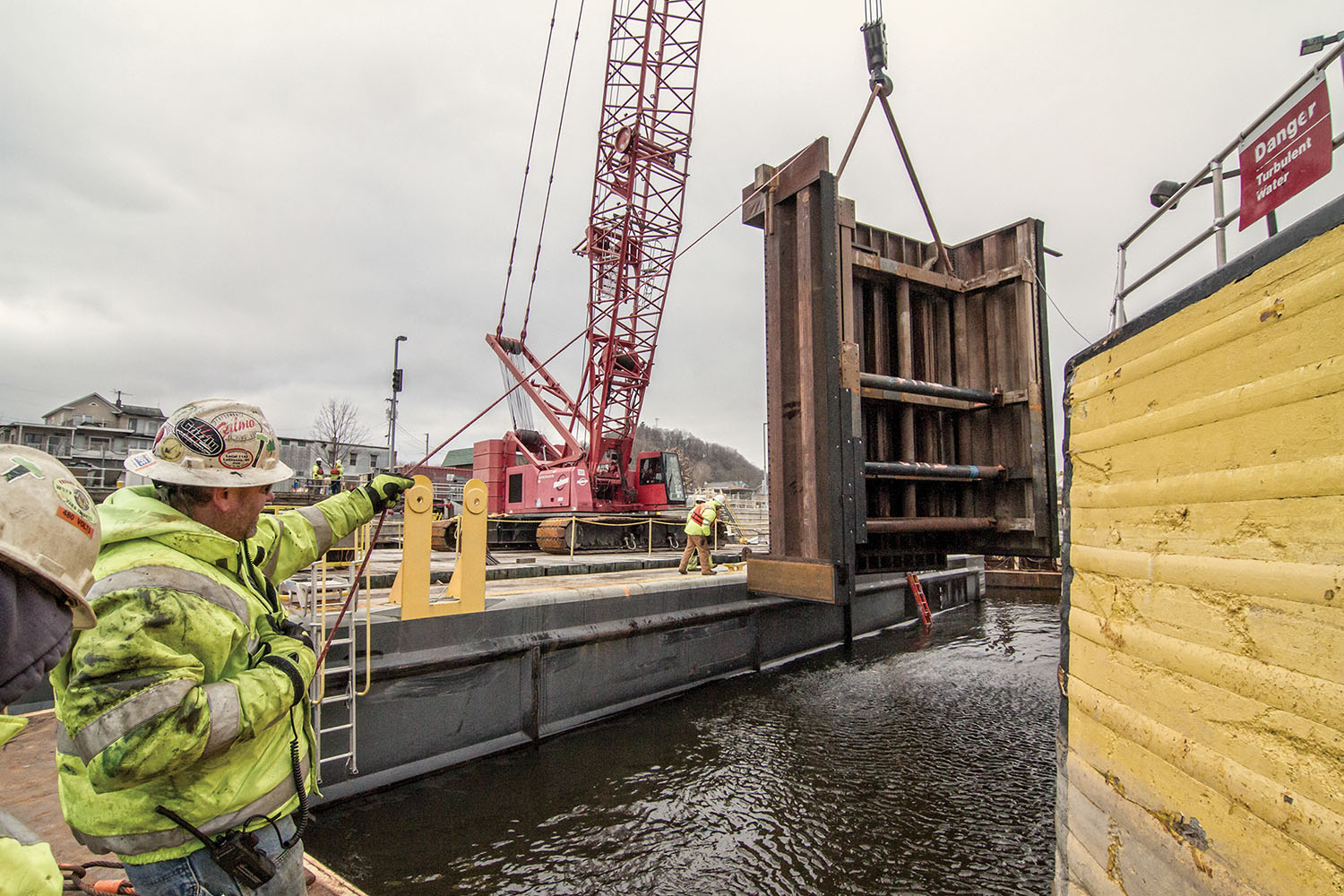 It’s not just about checklists, inspections and meetings, said Steve Skau, vice president of safety and compliance for J.F. Brennan Company. It’s also about everyone on a job having the ability to give feedback and know it will be valued.

“Everything we do at Brennan starts with safety, no matter what scope of work we’re doing,” Skau said.

That commitment was recognized last year when the British Standards Institution certified Brennan in three International Association for Standards (ISO) categories: occupational health and safety management system, quality management system and environmental management system. The certification involved the ISO auditing the company to make sure that not only the appropriate policies were in place but also that the company proved they followed them.

“You do what you say, and you’re able to show that,” Skau said. “There are not many construction companies in the country that have all three. There are very few that are ISO certified, period.”

The Brennan family of companies, which includes Brennan Marine, has been in business since 1919. Based in La Crosse, Wis., the company now has offices in six states. Although it began with marine construction, the company also provides environmental services and harbor management and works with both public and private owners of civil infrastructure. The marine division has about 80 divers certified by the Association of Diving Contractors International (ADCI).

Brennan employees make use of the latest technology to make sure safety remains a priority on the jobsite.

With its safety-based observations system, every employee has either an app on their phone or on a tablet computer. As they move around the jobsite, they are able to input their observations that may impact safety in any way, “positive or negative, real-time, on the fly,” Skau said.

For those observations that meet certain criteria, the system alerts the phone of safety managers, who respond immediately.

The other observations are reviewed in a weekly safety meeting to which any employee may call in, said Dan Palen, vice president of marine safety and compliance.

Skau said it is important that anybody in the company be able to have the floor and talk about a safety-based observation.

“Those guys are bringing this stuff up,” he said. “We want to show them that we’re serious about taking care of the problem.”

The safety-based observations have led to finding some problems early, saving time and money as well, Palen said.

“We’ve found processes that we may be doing on multiple sites, and we run into an issue on one site, and when we get that risk rating, we’re able to get that out across the company immediately and brainstorm on getting that issue solved without it cropping up at another site,” he said.

Efficiencies found can also be shared immediately from site to site, using the system.

At all sites, Brennan had completed 6,763 safety meetings as of October 12, which works out to about 165 per week.

Every morning, each jobsite conducts a safety meeting pertinent to that day’s scope of work. As of two years ago, when the company noticed that accidents were more likely to happen after lunch or in the late afternoon, a quick safety brief also takes place when crews gather after their lunch break, Palen said.

“The high-risk tasks may change from morning to afternoon,” he said.

“We quickly saw those numbers [of accidents] decline,” he said.

Regular job hazard analyses are also an important part of maintaining safety, Palen said. To date, the company has performed 751 of them this year. That is especially important in a field where crews are constantly coming around, and contractors may not have as much experience working on the river.

It also allows those managing a jobsite to take into account real-time analysis, including river flow data and weather-related concerns.

Regular inspections are another important part of maintaining the corporate culture of safety.

“We really stress inspecting equipment, rigging, everything we’re doing, with every use,” Skau said. The company has performed 26,717 inspections so far this year, an average of 651 a week, all of which must be documented.

But just documenting the issues isn’t enough, he said. There must also be follow-through when issues are discovered. That’s why Brennan goes through the outstanding items list from inspections on a daily basis.

Doing so shows the company’s commitment to integrity and respect for its employees, Skau said. It also helps maintain the company’s standards.

“If they’re bringing stuff up and we’re not doing anything about it, they’re going to stop bringing things up,” he said.

Training also remains an important part of safety, but Brennan is changing how much of that is conducted. Because people learn better in 15-minute increments, much of the training is now being broken down into smaller segments that can be reviewed at safety meetings, Skau said.

The company is also beginning to build some interactive trainings using video and audio and sending them out via the internet.

“We’re in the early stages of it, but what we’ve seen so far has gotten us really excited,” he said.

It is important to note, however, that the training cannot and should not be used to completely replace hands-on participation and face-to-face training that allows employees to ask questions, Skau said.

One benefit of having some training online is that it can be sent straight out to safety managers’ iPads for immediate review at a jobsite. Additionally, he said, when an employee takes training online, it automatically updates in their online job skills profiles, and managers are able to quickly see who has completed training and who has not. That is especially important when crews are often moving frequently from site to site.

Being safety-minded also means being prepared for when accidents do occur.

“We do a lot of drills: man-overboard drills, man-down drills,” Skau said. “We try to hit every site and do some kind of drill that is the most relevant to that site, including our corporate office here and our shop.”

As the company also works as a union contractor with local hires who don’t always have river experience, Brennan has developed a deckhand training class that includes items such as how to tie lines and where not to stand.

“We’ve developed a course that we can do in-house, a combination of classroom and practical, hands-on training, and then we take it to the site afterward to do more in-depth, on-site training,” Palen said. “That’s been very, very beneficial.”

Finally, Brennan’s commitment to safety is also reflected in the cultural tenets the company sets out, known as The Brennan Way.

“Our commitment to safety is the highest priority of our work,” the company states as part of those companywide expectations, which are also posted on its website. “It is the critical responsibility of each and every Brennan team member, regardless of position. We pre-plan all features of work, holding ourselves and those around us accountable to stop work whenever the well-being of any individual is compromised.”