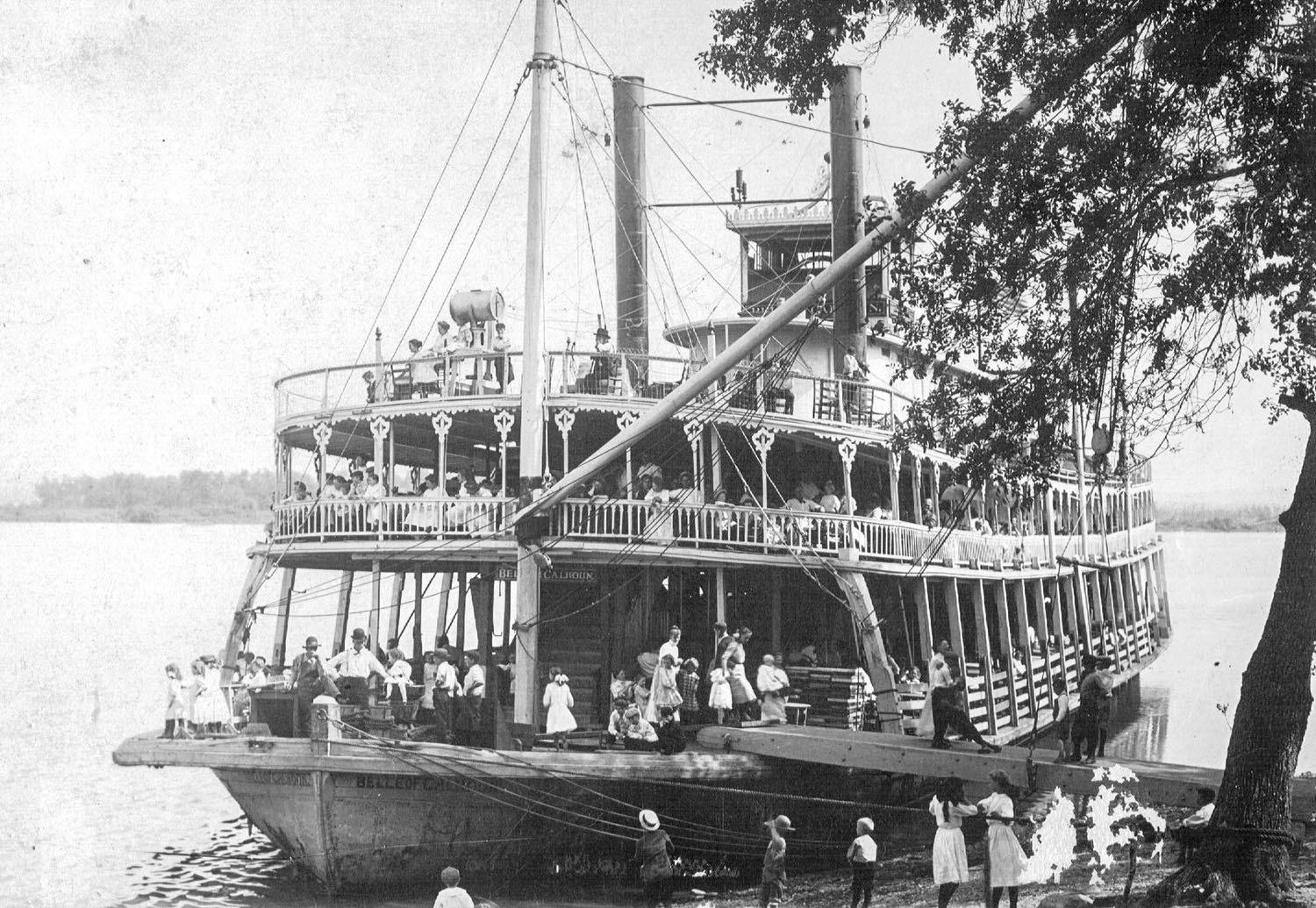 In the St. Louis area, Calhoun County, Ill., is a narrow peninsula that was organized in 1825. Strategically situated beween the Mississippi and Illinois rivers, today the region can be accessed by crossing the Illinois River, utilizing the free ferries at Brussels or Kampsville. Tourists, especially crossing the Mississippi, enjoyed using the former historic sternwheeler Golden Eagle ferry.

Famous for its prolific orchards, which produce peaches in summer and apples in the autumn, the county has a long history involving steamboats. This week the Old Boat Column presents the condensed histories of two vessels that hauled thousands of barrels of luscious Calhoun County apples to market at this colorful time of year.

The D.H. Pike was built in 1883 by the famed Howard Shipyard at Jeffersonville, Ind., as the Benton McMillin. A sternwheeler, it was constructed on a wooden hull measuring 155 feet in length by 33 feet in width. Three boilers provided steam to engines having 14.5-inch cylinders with a five-foot stroke. The boat was named for Tennessee congressman Benton McMillin.

The riverboat ran on the Cumberland River for several years before moving to the Ohio River to work in the Pittsburgh-Cincinnati trade in 1886 by Capt. Hod Knowles and a group of investors. The boat was noted for its “wildcat whistle,” which is said to perhaps still be in existence. It was also one of the first boats to be lighted with electricity.

In 1888 the steamboat was sold to the Eagle Packet Company, which had the hull lengthened to 199 feet by 33.5 feet. At this time the name was changed to D.H. Pike, and it was operated in the St. Louis-Peoria trade. The boat was dismantled in 1898, and various parts were recycled for use in building the Bald Eagle at Madison, Ind., for the Eagle Packet Company.

The Belle of Calhoun was a sternwheel packet built in 1895 on a wooden hull measuring 180 feet in length by 36 feet in width. Constructed at the Carondelet Marine Ways and completed at the St. Louis levee, the pretty boat was owned by the St. Louis & Clarksville Packet Company. The steamboat was named for Miss Anna Wood, who was chosen as the “Belle of Calhoun County” in a contest sponsored by the local newspaper.

In 1895, The Waterways Journal ran a competition to select the most popular crew members of vessels operating out of St. Louis; the Belle of Calhoun took full honors.

The boat was sold to the Memphis & Vicksburg Packet Company in May 1899, and the name was changed to Julia. By 1905 the steamboat had been sold to the St. Louis & Calhoun Packet Corporation, which restored the original name. In October 1914, the boat sank four miles above Alton, Ill., with 4,700 barrels of apples aboard. Most of the cargo was retrieved, although some 800 barrels were lost.

Raised and repaired, the boat continued in operation on the Upper Mississippi River. In October 1929, the riverboat sank near Hannibal, Mo., but was quickly raised, repaired and returned to service. While laid up in winter quarters at Alton Slough in 1931, the Belle of Calhoun was destroyed by fire.

Caption for top photo: The Belle of Calhoun was well known for carrying cargoes of apples each fall. (Keith Norrington collection)