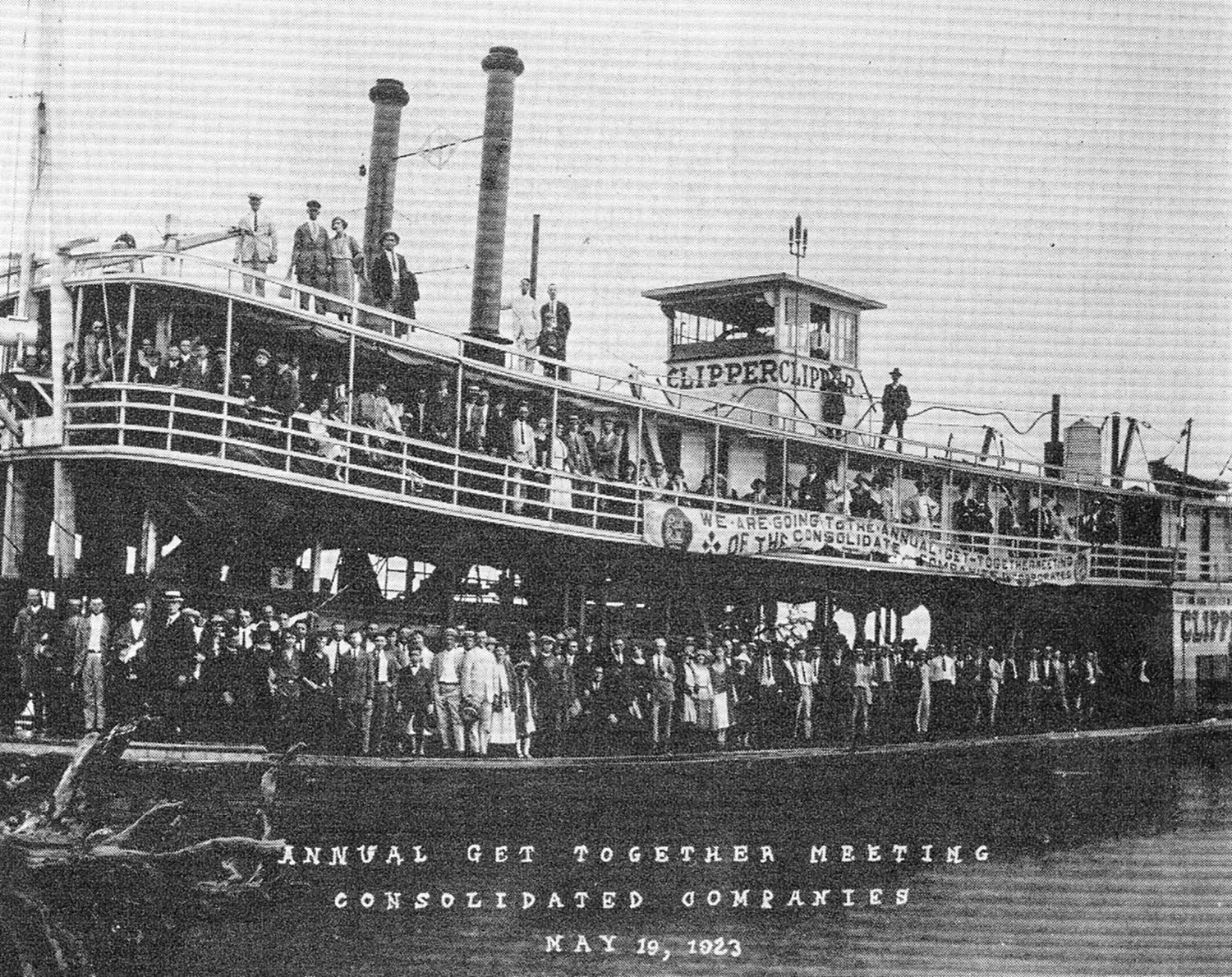 The Clipper Ran On Bayou Teche

Built in 1888 at Haynes Landing, W.Va., the Clipper originated as a “sawmill boat,” constructed by the Haynes family of Proctor, W.Va.

When first built, the wood-hulled vessel, owned by Doss Baker of Clifton, Tenn., and operated on the Tennessee River, measured 133.6 feet in length by 25 feet in width. By 1917, the boat was taken to Slidell, La., converted into a packet and fitted with a new hull; the measurements were listed as being 134 feet long by 25 feet wide. One boiler (18 feet long by 48 inches) supplied steam to engines having 8-inch cylinders with a 42-inch stroke.

The original home port of the steamboat was listed as Wheeling. In 1901 it was changed to Louisville and in 1911 to New Orleans.

The Clipper was owned by the Sherburne Transportation Company, a subsidiary of the Consolidated Companies. With a departure from New Orleans at 5 p.m. each Tuesday, the sternwheeler carried groceries and sundry supplies, handled by the parent firm out of New Orleans, to Louisiana landings at Morgan City, Plaquemine and New Iberia. The Carter Packet Company operated the steamboat before it was purchased by Consolidated.

During 1922, the riverboat ran between New Orleans and Jonesville on the Black River. The late Capt. Donald T. Wright, former publisher of The Waterways Journal, made a memorable trip on the Clipper in the spring of 1924, going up the Mississippi from New Orleans, then traversing the Red, Old, Black and Ouachita rivers, to Monroe, La. A detailed account of the journey appeared in the WJ issue of March 22, 1924.

This week’s Old Boat Column image was taken on May 19, 1923, as the boat was about to back away from the landing with a large crowd of excursionists aboard. Capt. Stephens can be seen, third person forward of the smokestacks, with a megaphone in his hand. The occasion was the annual outing of the Consolidated Companies, whose headquarters were at Plaquemine, La.

The Clipper was destroyed by a spectacular fire at the foot of Bienville Street in New Orleans.

Capt. Clarke “Doc” Hawley, 86, America’s iconic steamboat captain, sends greetings from New Orleans to his many river friends and the welcome news that his historic home in the French Quarter fared well during the recent hurricane; he sought refuge aboard a New Orleans Steamboat Company vessel. The colorful captain recently moved into the lower level of the antebellum residence. Hawley still plays the calliope on Sundays, filling in for longtime calliopist/church organist, Debbie Fagnano.

Hawley started his river career in 1952 as calliopist aboard the Str. Avalon, now the Belle of Louisville.

Caption for top photo: The Clipper was a petite paddlewheeler built to operate on bayou trades. (Keith Norrington collection)