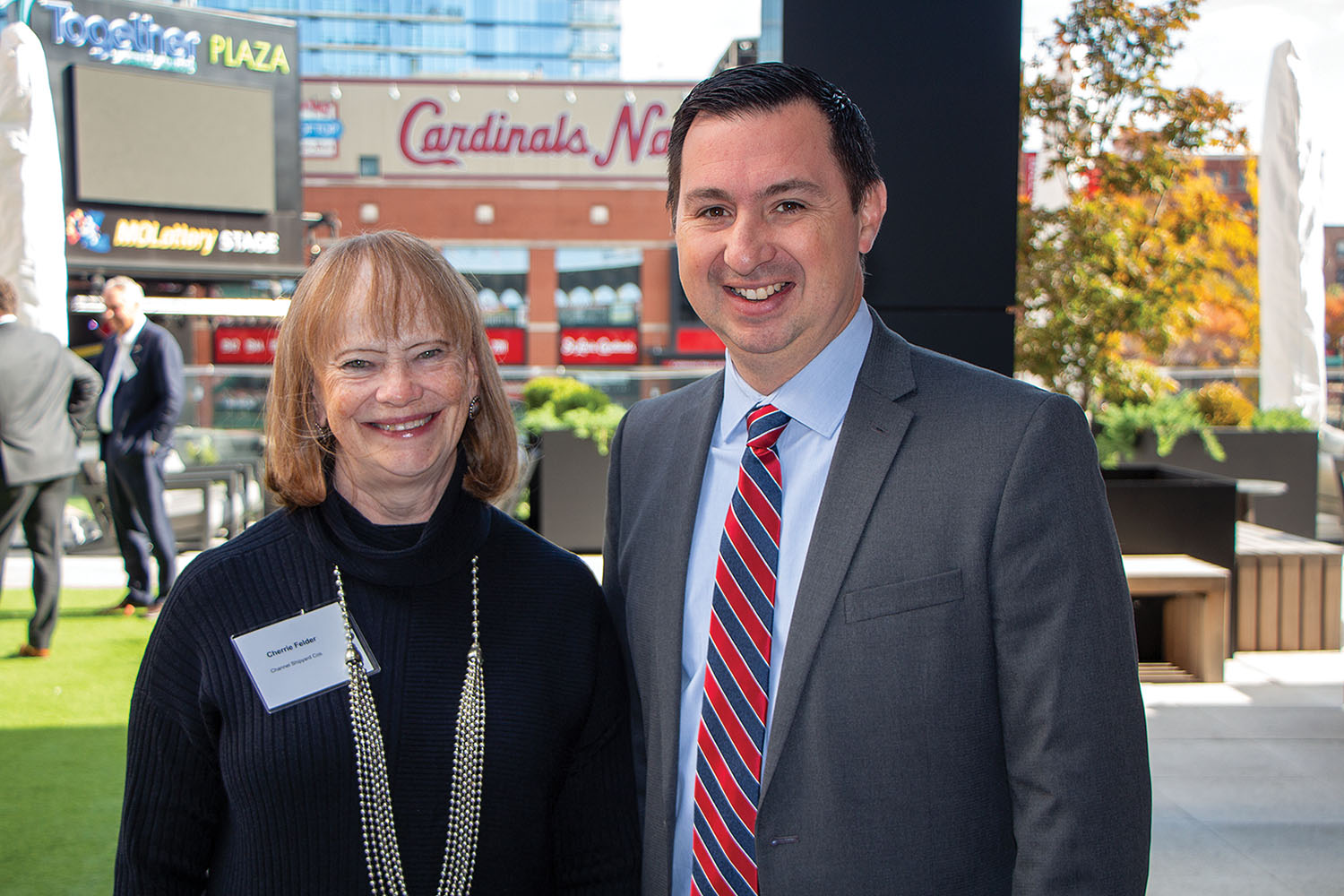 The off-year elections in Virginia and New Jersey provided a perfect touchstone for Nathan Gonzales’ discussion of the political outlook for 2022 and beyond during the 18th annual Waterways Symposium in St. Louis.

Gonzales, the editor and publisher of Inside Elections, was the keynote luncheon speaker on November 3, the day after Republican Glenn Youngkin defeated former Gov. Terry McAuliffe for governor in Virginia, where Democrat Joe Biden had won by 10 points in the 2020 presidential election. The same night, New Jersey Gov. Phil Murphy, a Democrat, narrowly won re-election over Republican Jack Ciattarelli, in a race that Murphy had been expected to win easily. In fact, at the time of Gonzales’ presentation on Wednesday, the New Jersey race hadn’t been called yet.

“You have to look at those two results together,” Gonzales said. “If Democrats want to dismiss what happened in Virginia, they can do whatever they want. But then you have to ask, why did New Jersey go from Biden plus-16 to neck and neck? That paints a different picture.”

In response to an audience member’s question, Gonzales said the November 2 results could exacerbate the current logjam among Democrats over the infrastructure and spending bills in Washington. If we assume that the election results were a repudiation of progressive policies, he said, it could spur progressives to want to do more now, before they lose power in 2022, while conservative Democrats would argue that if the party continues along the current path, it will get “roasted” in the mid-terms.

Gonzales described three possible scenarios for the 2022 mid-term elections: 1, the Republicans regain control of both the House and the Senate; 2, the Republicans gain the House, but the Senate remains a toss-up; and 3, the Democrats expand their slim majorities in both houses. Of those three, the first is the most likely, Gonzales said.

“History is on the Republicans’ side,” he said. “Typically, the president’s side does poorly in the first midterm.” Combine that with the current political environment, in which Biden’s job approval rating is “mediocre or worse,” he said.

The second most likely scenario is the split whereby the Republicans would win the House and the Senate would remain nominally in Democrat hands. “President Biden’s standing would have to improve dramatically for that to happen,” Gonzales said. To reach that result, the Democrats would have to break the current impasse and enact some significant legislation this fall and then go out and really sell it, unlike with the Affordable Care Act in 2010, when many Democrats seemed to back away from  it after it was passed, he said.

This is a redistricting year, which adds to the drama. The Census Bureau is supposed to have reapportionment data to the states by December of a census year, but this time that didn’t happen until April, and that has delayed all of the steps of setting new districts by months.

“Right now, we are in the middle of a scramble,” Gonzales said.

Ordinarily, Gonzales said, there are about 350 of the 435 House members who don’t really have to worry about serious re-election challenges, but the delays in the redistricting process have led to a lot of uncertainty among members of Congress over who will be representing which areas, and possibly even who will run for re-election next year.

In the Senate, Gonzales pointed to eight states that are considered battlegrounds in next year’s election. Of those eight, Biden won six, which would seem to point to a good result for Democrats. However, many of those states were won by very narrow margins, meaning it’s very difficult to predict, now, what will happen in November 2022.

“The Senate is firmly in play,” Gonzales said.

Gonzales did go out on a limb, though, regarding the 2024 presidential election. “I don’t think Biden’s going to run again,” he said. Gonzales thinks former President Donald Trump will run, barring serious legal or health problems. But Gonzales doesn’t expect either man to announce a decision until late in the process. In Biden’s case, as soon as he would announce he’s not running, he’d become a lame duck. And Trump is “a showman” who will want to wait as long as possible to announce, Gonzales said. As a result, the 2024 election campaign could actually be shorter in duration than the recent trend of endless campaigning, he said.