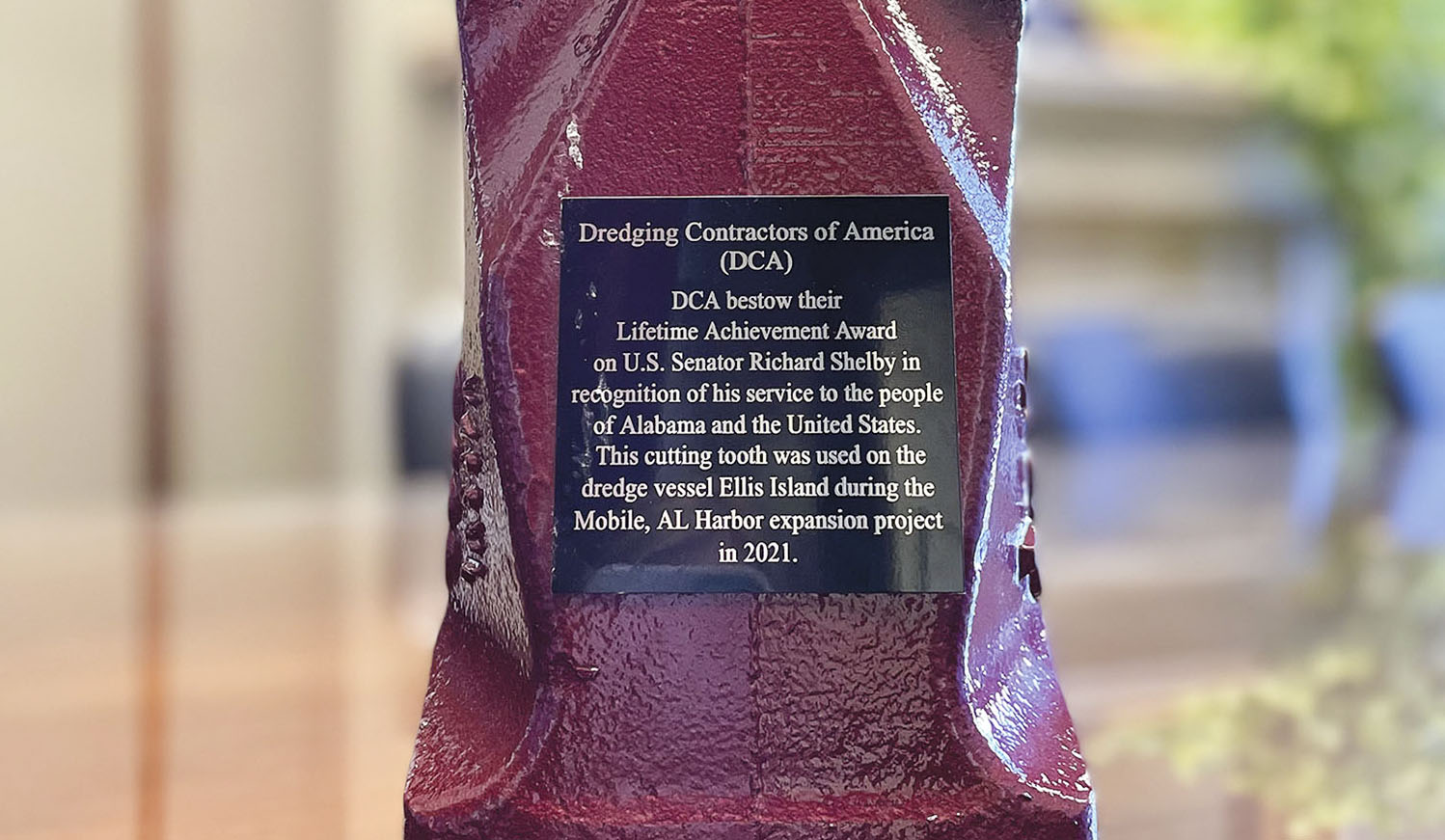 The Dredging Contractors of America (DCA) honored U.S. Sen. Richard Shelby (R-Ala.) with its Lifetime Achievement Award in recognition of his outstanding leadership in support of critical maritime infrastructure investments.

“DCA and its member companies greatly appreciate Sen. Shelby for his decades of leadership in Congress on behalf of the maritime and dredging industry and the Americans whose jobs it supports,” said DCA CEO Richard Balzano.

The award particularly notes his advocacy of the Mobile Harbor expansion, as it is formed from a cutting tooth used on the dredging vessel Ellis Island during the project.

Shelby tweeted the two accompanying photos of the award in accepting it at his Washington office.

“I am honored to receive the Dredging Contractors of America’s distinguished Lifetime Achievement Award,” he wrote. “Throughout my tenure in Congress, I have worked to improve maritime infrastructure and prioritize dredging needs, creating the conditions for a more robust maritime industry.”

Shelby announced earlier this year that he would not seek re-election in 2022 to the seat he has held since 1986.

“We will miss Sen. Shelby’s steadfast advocacy in Congress but look forward to continuing to work with him as he concludes his Senate service and with other leaders in Congress who understand that maritime and dredging are essential for the continued growth of the U.S. economy,” Balzano said.