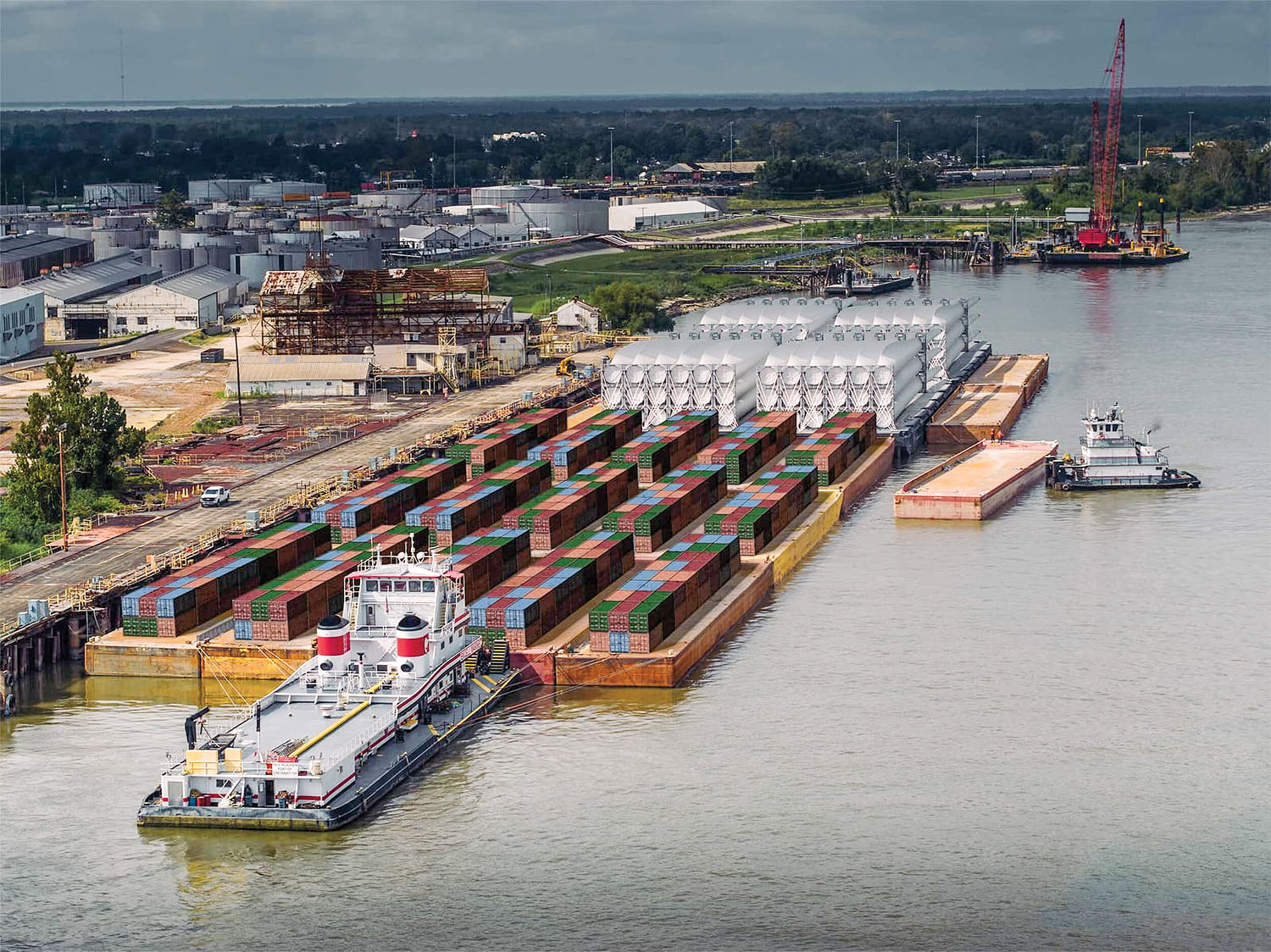 One of North America’s biggest and most respected tug companies has formed a new division to expand its cargo-hauling services, both project cargoes and container on barge on the inland waterways. The new company, which began doing business September 1, is headed by industry veteran Mike Little. The new operation is called Float Freight, and its launch coincides with its corporate parent, Crosby Tugs LLC, stepping up its presence on social media as it capitalizes on new opportunities in a changing freight market. “We’re putting ourselves out there a bit more,” Little said.

The ideas behind Float Freight have been in development for years, according to Little. Float Freight will utilize the Crosby Group’s existing marine asset network in combination with a team of dedicated engineering, operational and commercial support staff based out of Houston, Texas, and Galliano, La.

Today, more than ever, shippers are faced with mounting challenges in getting their goods to market: carrier capacity, equipment availability, port and terminal congestion, increased tariffs, truck capacity, just to name a few,” Little said.  “The U.S. Marine Highway System is one of our greatest untapped resources and should be at the forefront of these discussions we are having as a nation.”

Crosby Tugs, headquartered in Galliano,  was founded in 1977 by Vinton and Kurt Crosby when the company acquired its  first vessel, the mv. Paddy Crosby. Crosby Tugs has grown into one of the nation’s most diversified marine services providers. Between its dredging, rock placement, offshore/inland towing, petrochemical and project cargo business, the Crosby Group operates globally and competes for project hauls anywhere in North or South America.

Looking to the future, Crosby has established a new division, Crosby Renewables, which has made investments in SEA.O.G Offshore, an integrated marine services provider to the U.S. offshore wind industry, and Float Freight. Float Freight’s mission, according to its website, is “to decarbonize the inland transportation industry. We do this by utilizing the American Marine Highway and building a safer, zero-emissions waterborne Little said the new business model has been a long time coming. “Project cargo has been segmentalized, with the non-asset owners controlling the movements,” he said. “It was the tail wagging the dog. Why shouldn’t the company that owns the tugs operate its own project cargo business? In most barge-related heavy lift projects, the heavy cost is in the tugboats, not the barges or engineering. We are the only solution that has in-house engineering, tugboats and barges.”

Float Freight lists container-on-barge as one of its businesses as well. It has all the assets of Crosby Renewables, including 300 barges and 140 tugboats.

And Float Freight has something not all companies can offer: routes already in place. “In the past, companies that offered container-on-barge needed to have some kind of grant or subsidy,” Little said. “We already bring aggregates for coastal restoration southbound from St. Louis and Paducah and have been doing that for more than five years. We are currently sending those barges empty northbound, ready and capable for container transportation. We approached customers and showed them how we could help them solve their logistics problems, and we’ve got several major shippers interested.” The barges are regular flat deck barges and open hoppers.

Little said he sees this component of the business growing. “I see that business doubling within five years. We could see something significant happening within the next 12 months,” he said.

Is interest in waterborne cargo being driven by climate and carbon-reduction concerns? “Some of it is,” Little said. “But honestly, a lot of it is just backlogs and jams on other modes of transportation. There’s so much unused capacity on the waterways. We offer new ways for companies to take advantage of the marine highways: lower carbon footprints, lower cost and a more consistent supply chain. That’s something the whole industry should get behind.”