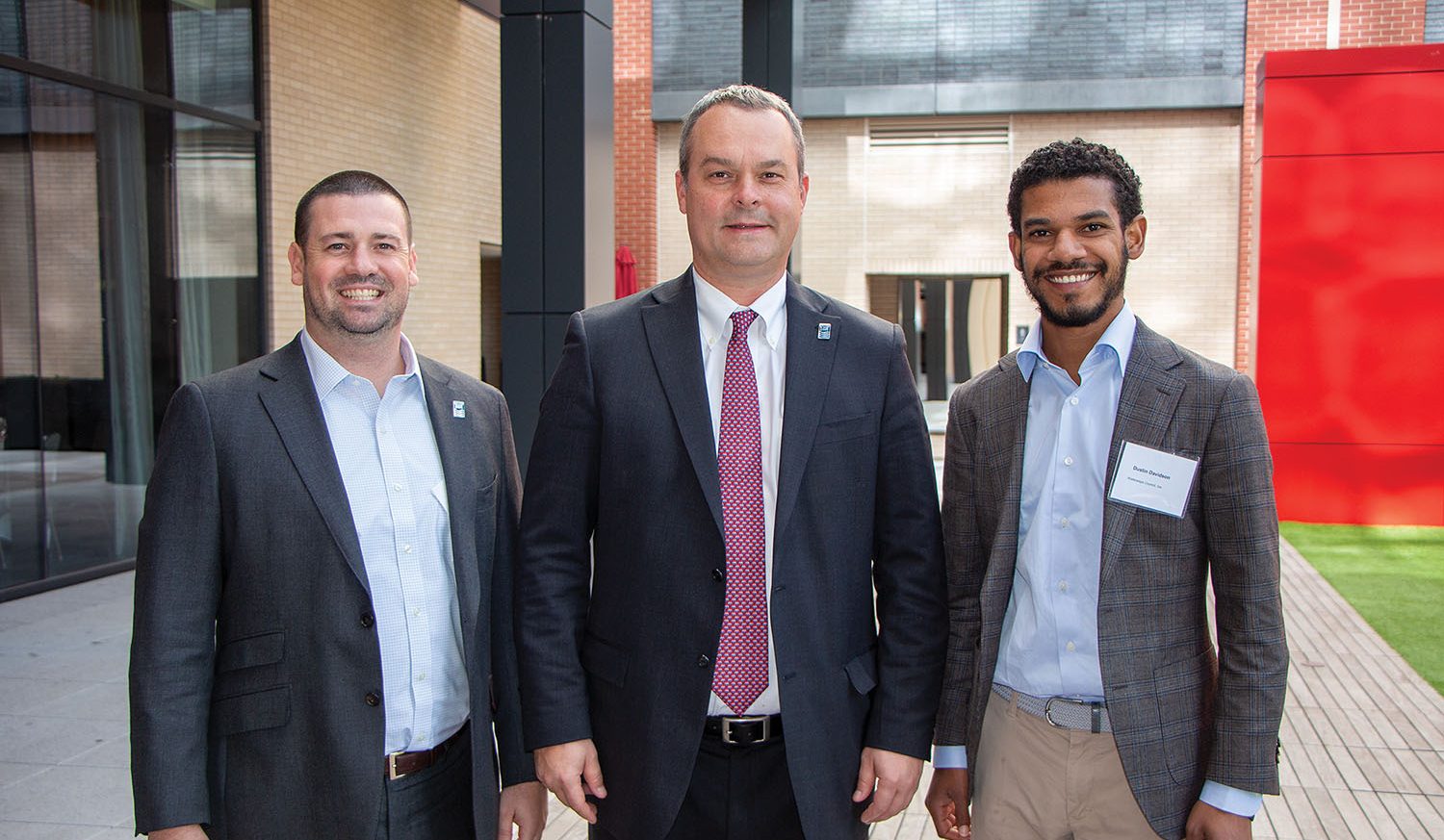 Dustin Davidson helps Congress understand what is important on the inland waterways.

Davidson, 29, Waterways Council Inc.’s director of government relations, has been on the job since February, but he has years of experience on Capitol Hill.

His position with Waterways Council Inc. (WCI) has him dealing with legislators again, but from a different angle this time. He works with members of Congress and their staffs on issues important to WCI, the national unifying association of America’s numerous ports and inland navigation infrastructure interests that serves as the definitive spokesgroup for public policy concerning infrastructure issues on the inland waterways system in Washington, D.C., and around the country. Davidson also works closely with the Corps of Engineers both at headquarters and in the various districts to make sure that funds appropriated for use on the inland waterways are used and provide the best return on investment.

“I really enjoy the industry that I get to work with, specifically in inland waterways,” Davison said. “It’s a group of people, for the most part, who have started at the very bottom and have worked their way to the top. Also, these are people who work 24/7, 365.”

He said he has a lot of respect for mariners, especially knowing how much time they have to spend away from their families and how difficult but important the work is moving cargoes on the rivers.

“A lot of that is to be sure we have everything we need back home,” he said.

He added that it is all too often a forgotten profession, except for those who are in it.

“Whatever is moving on the waterways, these people are here to do it, and mostly out of sight and out of mind,” Davidson said.

The people and companies who make up the industry are never far from his sight or mind, however, especially as he drew inspiration from a Paducah, Ky., restaurant popular with the barge industry in decorating his office with flags from the various companies within the industry. He said he also likes to come to Paducah and surrounding areas and meet with the people working every day on the river whenever he has the opportunity to do so.

Davidson is from New Orleans, La., originally, so was already somewhat familiar with barges and towboats. His father is a retired captain with the local sheriff’s office. His mother is director of human resources at a predominantly Black all-male Catholic high school. He has one brother.

Davidson credits his love for policy and understanding how government works to his time at Tulane University, where he earned his bachelor’s degree, majoring in English and minoring in U.S. public policy.

He knew he wanted to get more involved in government, so he asked around to find out how best to accomplish his goals. The advice he got was to move to Washington, D.C., and get a job in a government office.

“I sold my car and got an internship and moved up to D.C. without a job,” he said.

After five years of work in government offices, he wanted to thank WCI president and CEO Tracy Zea for giving him the opportunity to bring his passion for government into a new kind of role in which he could also apply his previous experience working with small businesses and addressing climate change.

“I felt I could bring some value to an industry like this one, knowing the different techniques or programs out there to help government and industry complete those climate goals together,” he said.

Currently, Davidson is spending much of his time working on making sure the $2.5 billion allocated for inland waterways construction and modernization in the recently passed infrastructure bill is used where it is most needed, directing the funding toward the Corps’ Capital Investment Strategy, as endorsed by the Inland Waterways Users Board.

Important pieces of that strategy include the continuation for funding of the Kentucky Lock Addition Project as well as new construction on Upper Mississippi Locks and Dams 25 and 24 and the LaGrange Lock and Dam. He is also working closely with members of Congress to make sure priorities of particular interest to them receive the necessary support.

The reintroduction of earmarks has been incredibly important to making sure key projects are considered for funding, Davidson said. As he says, earmarks “put the funding back in Congress’ hands,” allowing representatives to address important concerns while also getting “wins” for their districts.

Outside of work, Davidson said he likes to spend most of his time outdoors. Usually it’s basketball or golf with friends, but sometimes, he said, it’s “hopping on a plane and going to south Louisiana to fish.”

Deb Calhoun, WCI senior vice president, said Davidson has been an asset to the organization.

“The addition of Dustin to our WCI team has been just awesome,” she said. “His experience on Capitol Hill and the relationships he made there that he has brought to his WCI work have served to further strengthen our message and deepen our bench. He also brings a great deal of insight into coastal restoration issues, and that is critical in our sustainability efforts.”

What Davidson said he most wants people to know about him is, “I’m a hard worker who loves water and water policy and also understands not only the economic but the environmental side of this industry very well.”