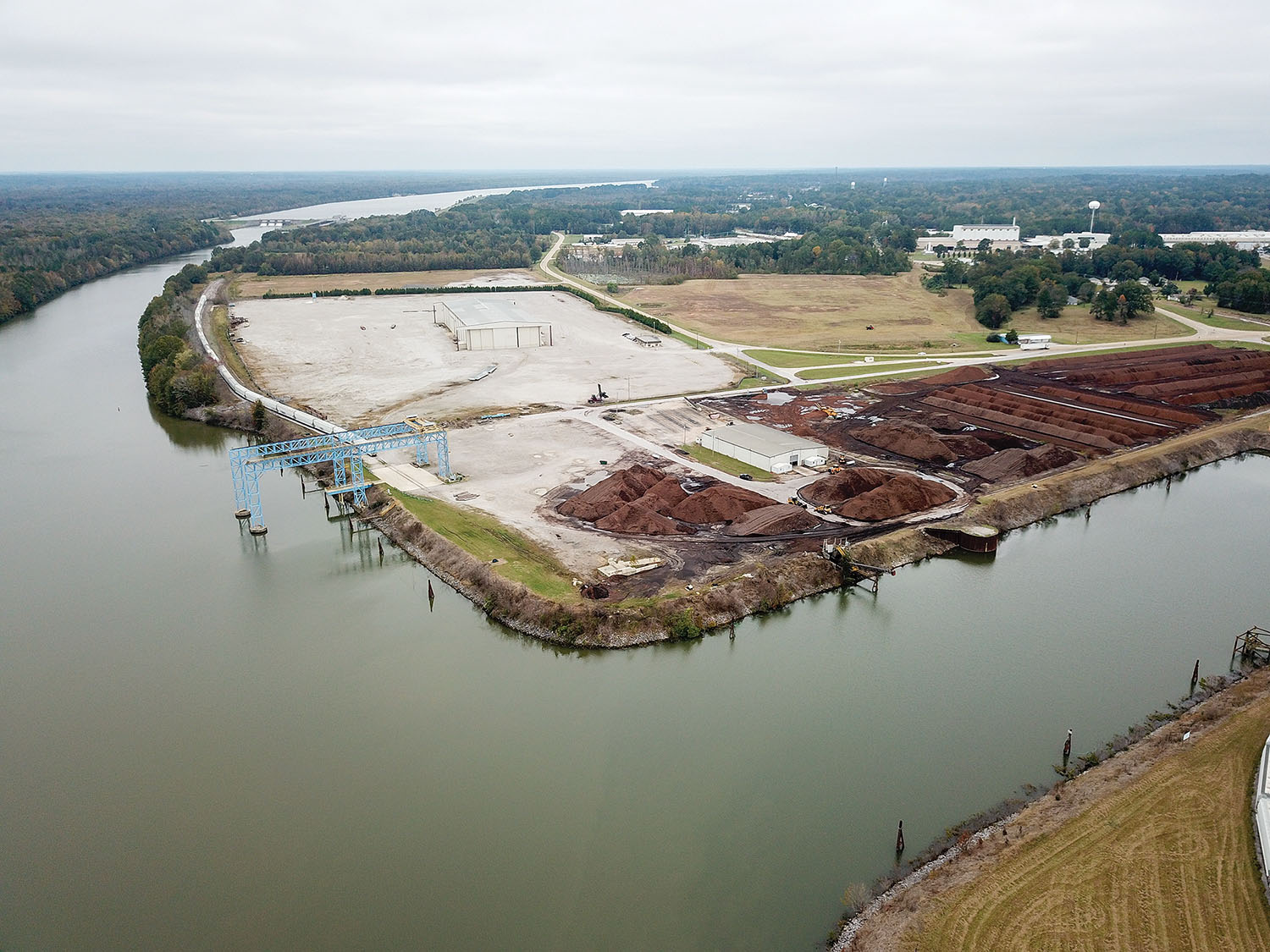 With the operation of its first terminal on the inland waterways, Federal Marine Terminals Inc. (FMT) is refocusing the business plan for an existing port.

FMT took over the operation of Port Itawamba in Fulton, Miss., in April. The facility is on the Tennessee-Tombigbee Waterway at Mile 390.0.

It includes two 30-ton hooks, a barge slip for multiple barges, 12 acres of outside open storage, a 14,000-square-foot warehouse and a bulk material barge loader.

“We’re taking the port in a different direction, and we really want to push bulk and breakbulk in that facility,” FMT president Louis Saint-Cyr said.

The port is located in northern Mississippi and is a central location between Memphis, Tenn., and Birmingham, Ala. The Port and Rail Board are supervised by the county board of supervisors, but daily port business is primarily conducted between FMT and the Three Rivers Planning and Development District, a private, non-profit organization formed by local government entities and business leaders to promote overall economic development and short- and long-term community planning.

Saint-Cyr said the port has a lot of potential, ideally located and with a supportive community and active board along with good physical assets.

“It’s a port that has a lot of potential that has been underutilized,” he said.

Saint-Cyr said he expects it to take time to rebuild business at the site, but he wants to let potential customers know of the port’s availability. He added that he thinks it would be a good location for handling pipes, steel products, fertilizer and wood pulp and potentially as a warehousing site for steel slabs.

“Our approach is very much  a boutique approach,” he said. “We have a very strong customer service approach. We really want to develop end to end.”

The company has already been in talks with regional companies with logistics challenges to see if the port can assist them.

“What we’re doing now is making sure everything is in top shape,” he said.

The port represents FMT’s first venture on the U.S. inland waterway system. The company has commercial offices in Quebec in Canada and in Charlotte, N.C., along with other facilities in Hamilton and Thorold, Ontario; Baffinland, Nunavut; Eastport, Maine; Albany, N.Y.; Milwaukee, Wis.; Port Manatee and Tampa, Fla.; Calvert, Ala.; Lake Charles, La.; and Burns Harbor, Ind.

Saint-Cyr said the company’s presence on the Tenn-Tom is part of an overall company strategy to connect with commerce in the Gulf and Great Lakes.