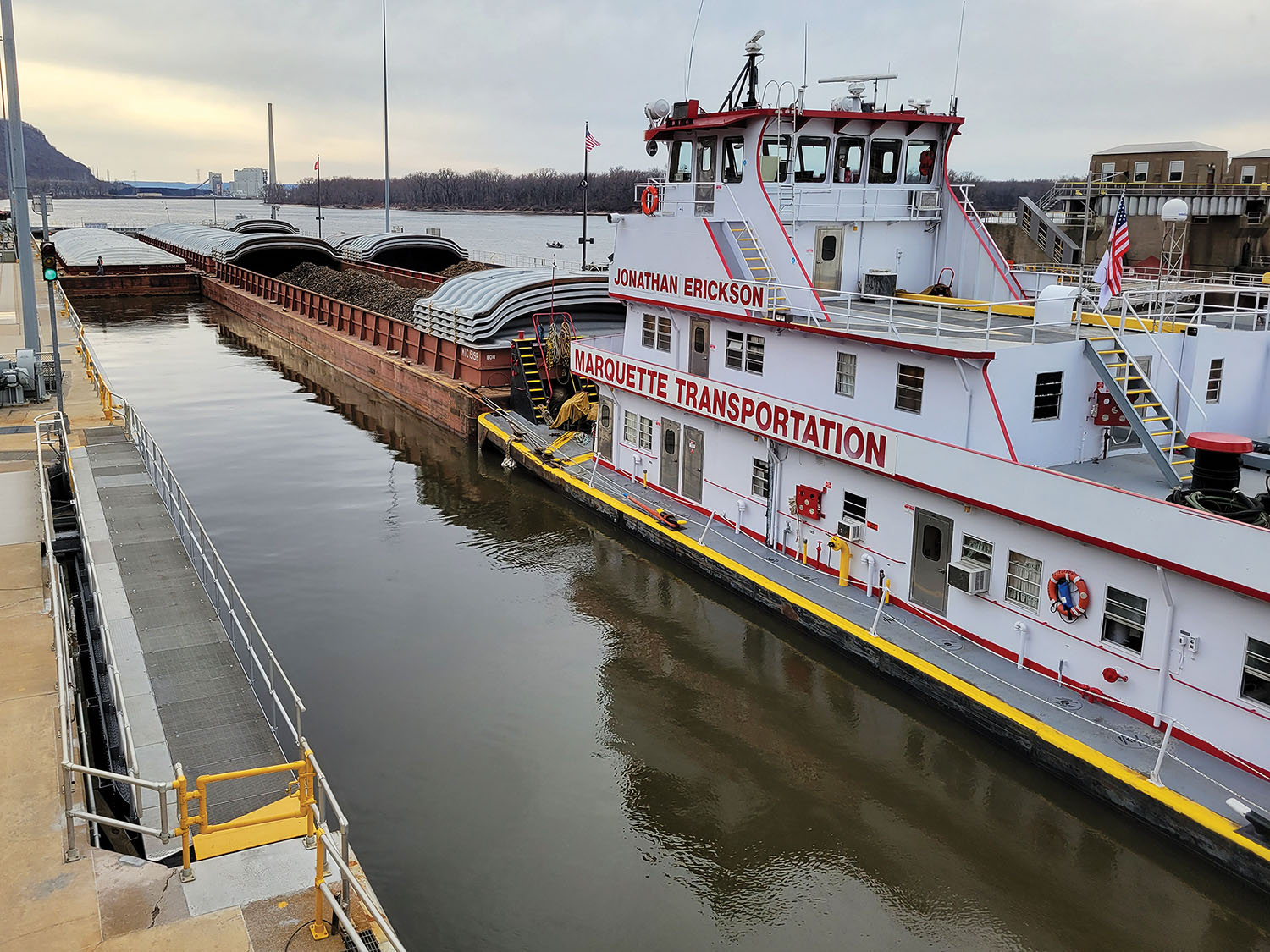 The navigation season officially ended on the Upper Mississippi River November 23, according to the St. Paul Engineer District. The last tow of the season to lock through Lock and Dam 2, near Hastings, Minn., was the mv. Jonathan Erickson, pushing five barges loaded with scrap metal, soybeans and grain.

The Corps closed Lower St. Anthony Falls Lock and Dam and Lock and Dam 1, both in Minneapolis, to navigation October 14.

The 2020 season ended November 30, when the mv. ‘The Colonel’ departed St. Paul. Historically, the last tow usually leaves St. Paul in the last week of November or the first week of December.

The St. Paul District said its staff will be busy during the coming winter with maintenance projects scheduled at six of its locks and dams.

At Locks 4 and 6, the tow rail system that hauls tows through the lock is scheduled for compete system replacement. “We’ve been doing this at a couple locks every winter the past couple winters,” said George Stringham, a spokesman for the St. Paul District.

At Locks 5A, 8 and 10, the miter gate anchorages will be replaced. “We did this at Lock and Dam 2 last winter, before replacing the miter gates this summer,” said Stringham. “Next summer, we are scheduled to replace the miter gates at 5A and 10.”

Lock 6 will undergo a miter gate inspection. “This would include dewatering, though we wouldn’t be doing the major maintenance we normally do with a winter dewater,” Stringham said. “The purpose is to inspect the greaseless pintles that were installed during the 2012-13 closure/dewatering. We’ll also make some repairs from a tow allision a couple years ago.”

All lock and dam repairs are scheduled to be completed by March 17, 2022.