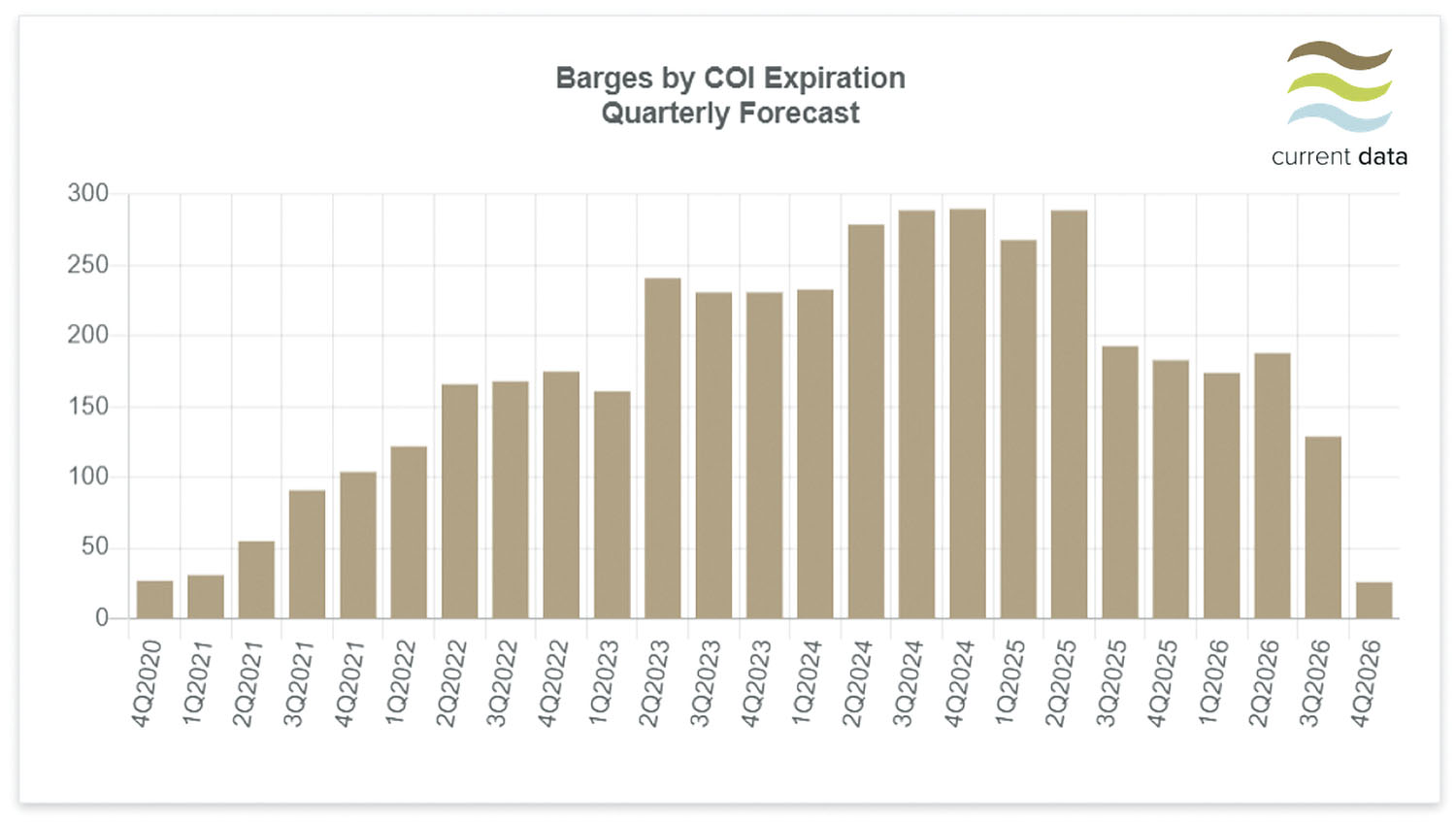 A new subscription service is providing towing vessel and liquid barge data and analysis from an industry veteran.

Mark Lawrence began developing Current Data LLC in 2019 and launched the service this year. The company operates the website currentdata.net.

Updated monthly, Current Data is a collection of databases with an easy-to-operate interface providing users with owner/operator data and vessel characteristics for vessels operating within the United States.

“Ultimately, our mission is to provide our customers with a variety of data modules (pertaining to commercial vessels operating under the United States Jones Act),” Lawrence said. “Owners/operators can use the information to improve strategic business decisions and better understand their competition. Service businesses will find the information useful for business development, among other things.”

Lawrence got his start in the marine industry working for his father, Berdon Lawrence, who owned Hollywood Marine Inc. The company merged with Kirby Corporation in 2000. The younger Lawrence remained in an executive role with Kirby until leaving in 2008. He subsequently acquired a majority interest in Bayou City Pump Inc., which focused on building, repairing and serving vertical turbine barge pumps. The company was ultimately sold to the Gorman-Rupp Company in 2014.

Initially, Lawrence began researching inland tank barges and inland towboats and developing databases out of interest and personal use. As his research continued, he realized there were  few current sources for this information, and the sources that were available were not comprehensive. With the raw data that he gathered, he began to work on a system that would streamline the data in a useful manner that was previously lacking in the industry.

“When I was discussing the idea with my family, I told them names I was considering for the company, and none of them encapsulated the mission,” Lawrence said. “My 17-year-old son, Harrison, threw out the name Current Data, which is the perfect play on words for what this business provides. He has been asking for a percentage of the company since then.”

Current Data promises to save customers valuable time with the most accurate, readily available information in a single format, which has not previously existed in the marketplace, Lawrence said.

More information on subscriptions and pricing is available at currentdata.net.