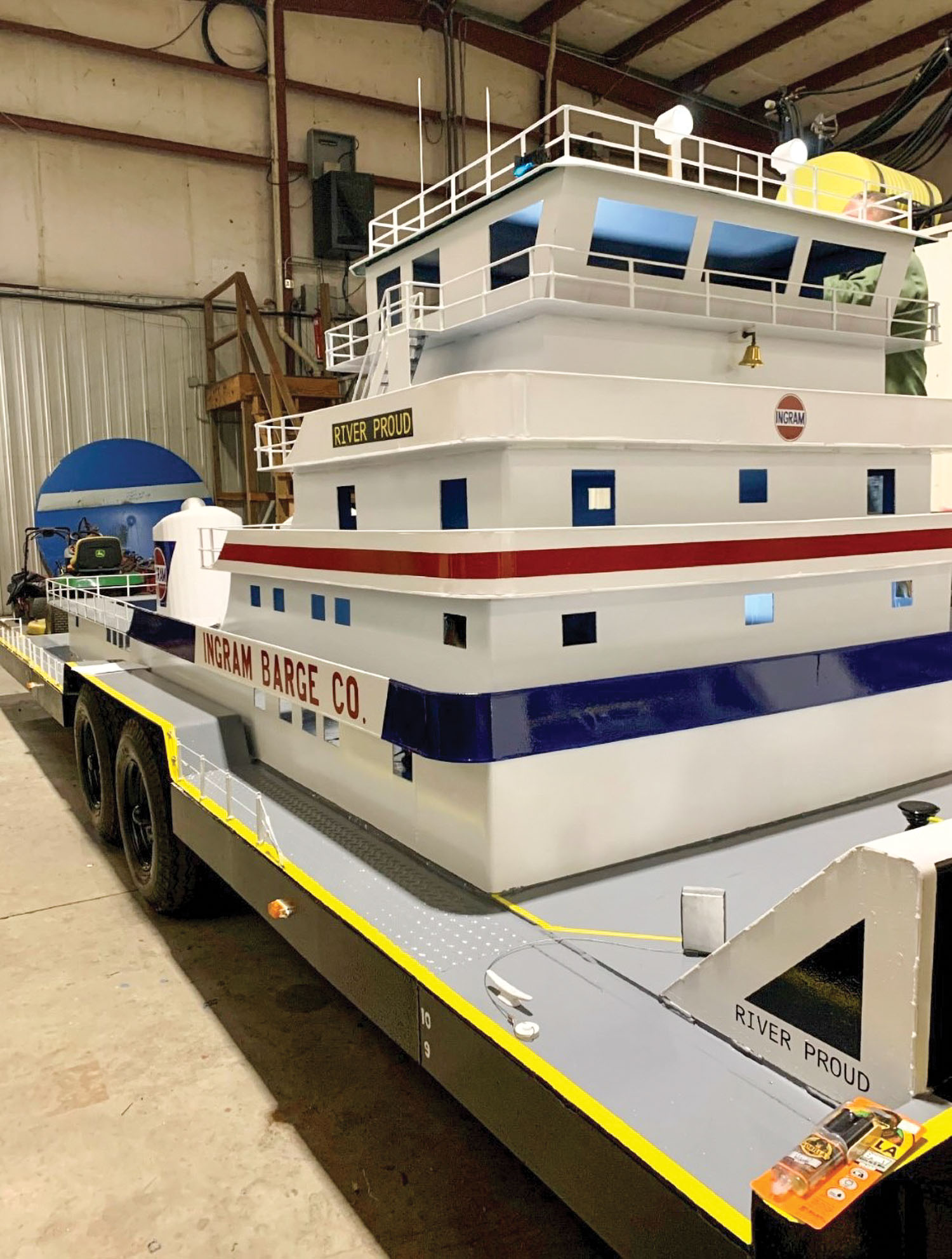 The 22-foot boat, bearing the nameplate the mv. River Proud, is a parade float that made its debut just before the pandemic in Paducah’s 2019 Christmas parade.

For the 2021 parade, the crew added artificial snow as well as smoke from the float’s stacks. Blue lights marked the water line. Several Ingram associates walked behind the float with their families, adorned in Christmas outfits and bearing candy to throw to spectators. Several associates’ children rode inside the boat along the parade route.

The project originated from a wooden model the company had. When it needed to be replaced, the company upgraded to steel.

Douglas Clark and Caleb Barnes of Ingram did the metalwork, and Senior Mate Sam Larkins and Senior Mate Mike White did the painting and trim work. Assistant Vice President of Vessel Operations Steve Southern was instrumental in planning and drove the float in the Paducah parade.

Ingram’s Columbus, Ky., facility team completed the metalwork on and off over the course of a few weeks.

The boat was built from all 1/8-inch mild steel. Two generators provided the snow, smoke from the stacks and lights. The Christmas music came from a CD player.

Hunt said the float will be used for future parades and that the crew is already brainstorming features to add in the future.

“River Proud is a common saying at Ingram Barge Company,” Southern said. “We are proud of the work we do and our part in the river industry. It was the perfect name for our boat.”

In addition to the nameplate, another plaque notes that the boat’s home port is Columbus, Ky.

“Ingram is grateful to the communities in which we are a part,” Southern said. “Participating in community events, like the Christmas parade, are a great way to show our thanks. In addition, it’s fun for our associates and their families. We love that the Ingram float is so popular at the parade.”

Caption for photo (click on image for full picture): Ingram Barge Line employees did the metalwork for the 22-foot towboat float, which is mounted on a trailer, at their Columbus, Ky. facility. They added artificial snow and smoke coming from the stacks this year. (photo courtesy of Ingram Barge Company)