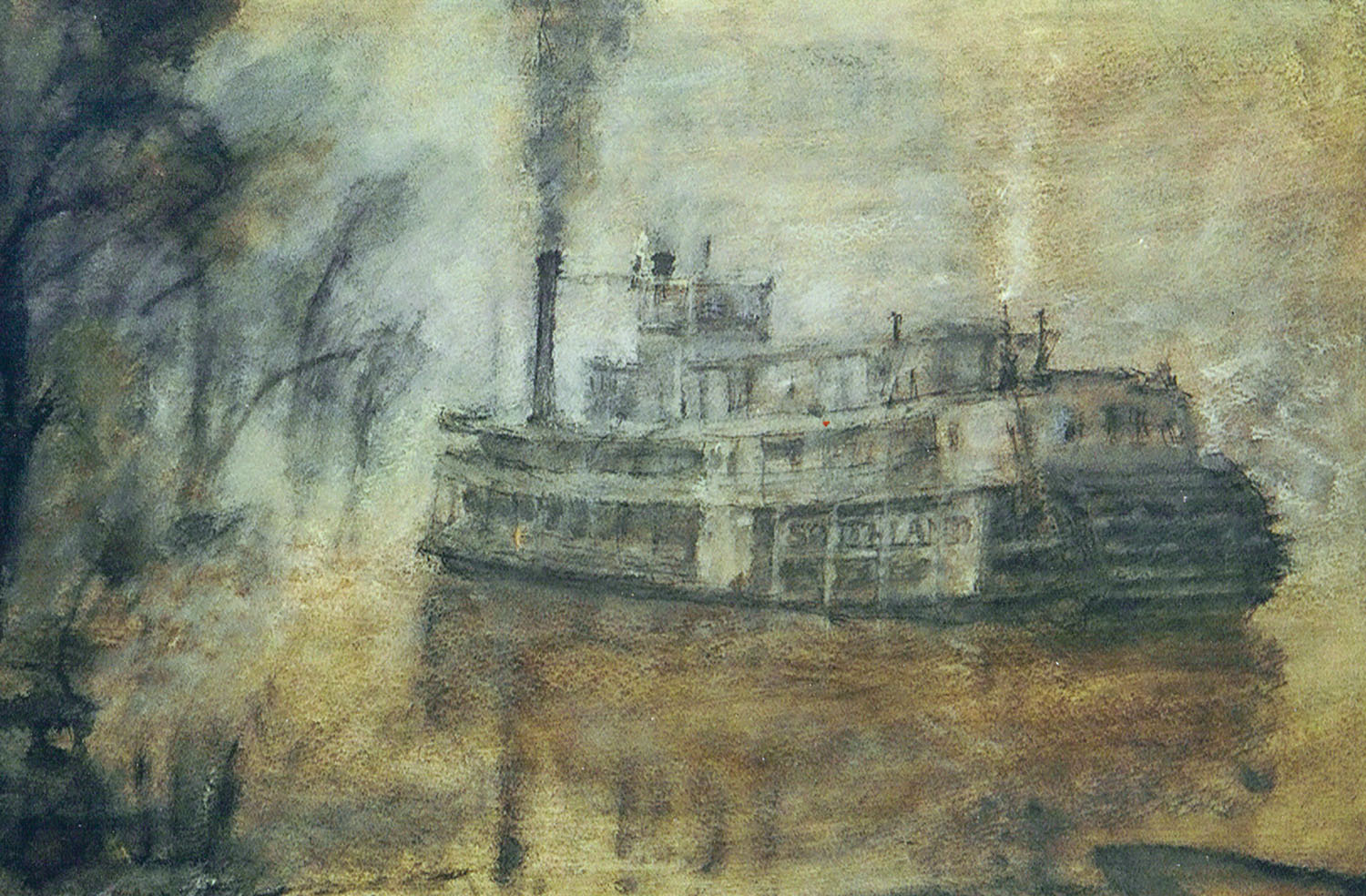 The Howard Shipyard at Jeffersonville, Ind., built a trim sternwheeler in 1910 named Nashville to run in the Evansville–Nashville–Paducah trade for W.W. Parminter of Nashville, Tenn. The wood-hulled riverboat measured 155 by 34 by 4 feet and had compound engines, manufactured by Gillett & Eaton, containing cylinders of 14 and 22 inches with a 5-foot stroke. Capt. Shep Green was master and Harry Sayre, clerk.

Due to high labor costs and the scarcity of coal, the boat was retired in 1918. At a public sale held on December 21, 1918, the vessel was purchased by the Nashville Trust Bank. In April 1919, the Williams Brothers of Evansville bought it to run in the Louisville–Stephensport–Evansville trade, rebuilding the boat in 1922 at Paducah and renaming it Southland. The boat ran between Louisville and Henderson, Ky., and was a favorite of many river people in the region.

One who fell under the spell of the steamboat was C.W. Stoll (1916–2001) who for many years was the Louisville correspondent for The Waterways Journal, beginning when he was 15 years old. He always referred to the Southland as his “first love” steamboat, making frequent trips and doing his cub piloting under Capt. Lawrence “Bo” Allen and Capt. Jimmy Ostrander. C.W. said that when the sorrowful news came of the Southland’s demise, just a week before Christmas, he felt as if his world had come to an end.

In the forward part of the texas deck was a large observation room for passengers to observe the passing scenery. The boat generally made one round trip per week, laying over at Louisville for several days. Passengers and freight, as well as livestock, were carried in typical packet boat fashion.

When my paternal grandmother’s family moved in 1927 from Meade County, Ky., to New Albany, Ind., the trip was made up the Ohio aboard the Southland. My grandmother recalled that their worldly possessions were loaded onto the boat at Brandenburg, Ky., and when being offloaded at New Albany the cast iron cook stove was dropped by roustabouts on the cobblestone wharf, breaking one leg off and making my great-grandmother most unhappy!

Another local connection is that of river enthusiast and Delta Queen restoration-advocate Jo Ann Withers Schoen. Her father, Henry Withers (1929–2021) was born in the hospital on Christmas day at New Albany and taken home (with his twin brother) to Laconia aboard the Southland, which made regular landings at Cedar Farm, the family’s 1837 plantation-style home, which is extant and will be featured in a future Old Boat Column.

The Southland was distinguished by its unusual whistle, reputed to have come from an Italian freighter. Capt. Fred Way described the whistle as not being large but yielding a high soprano tone that “needed to be cultivated as a taste, much like eating oysters!” After a brief tenure on the steamer Eugene, the whistle eventually found its way to Evansville, Ind., and its next home aboard the sternwheeler Hettie Gilmore. Shortly thereafter it was installed on the new sidewheel steamer Tarascon, built by Howard in 1863. The whistle remained on the Tarascon until 1877, following which it served on the steamboats James Guthrie, Tell City, and the Nashville, which became the Southland.

The Lower Ohio River trade that the Southland plied for many years was badly harmed by the Great Depression, and the boat was laid up at Spottsville, Ky., on the Green River. On December 16, 1932, the venerable boat, along with three towboats, was destroyed in a spectacular fire.