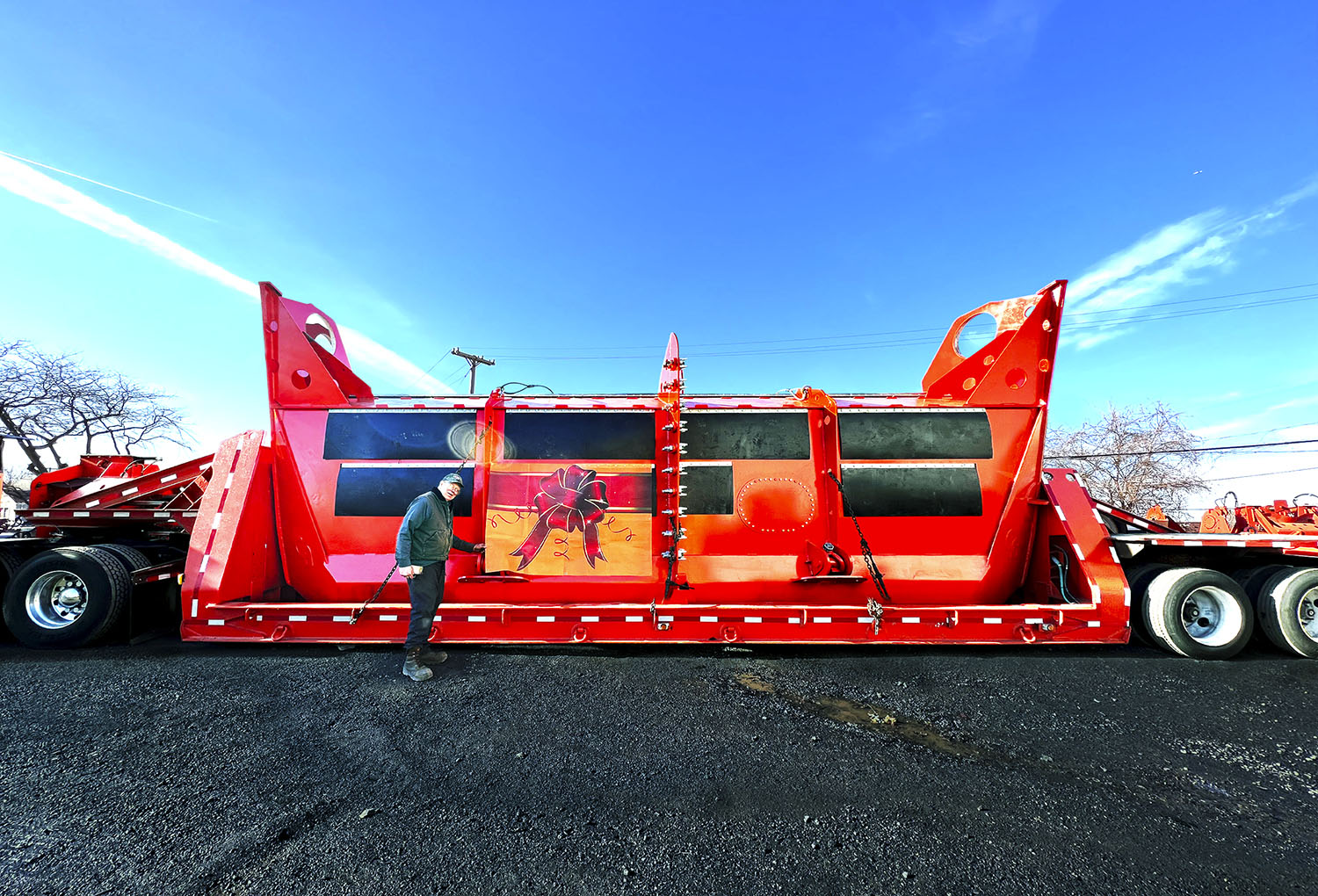 Cable Arm Inc., a manufacturer of mechanical clamshells designed for both environmental and maintenance dredging, has delivered the first half of a 75-cubic-yard clamshell to Norfolk Dredging Company, with the second half soon to follow. The clamshell is bound for Norfolk’s dredge Baltimore, the company’s largest bucket dredge.

Ray Bergeron, founder of Cable Arm and designer of the company’s patented clamshells, marked the shipment by placing a bow on the bucket.

“It’s never too late to give your crane a present,” Bergeron said.

The huge clamshell measures 22 feet by 29.5 feet and weighs 70,000 pounds. Bergeron said, while the Baltimore is currently working in Charleston Harbor, the new Cable Arm bucket will first be used on a dredging project in Colts Neck, N.J.

Bergeron said the advantage of a Cable Arm clamshell is that it makes a controlled, shallow cut that minimizes water capture and maximizes haul material.

“If you’re in soft material, no one pays you for digging too much, and you still have to pay to haul that away,” Bergeron explained.

Bergeron said, because of the incredible efficiency of Cable Arm’s clamshells, which in turn maximize scow capacity and minimize transportation costs, his buckets can pay for themselves in less than a month.