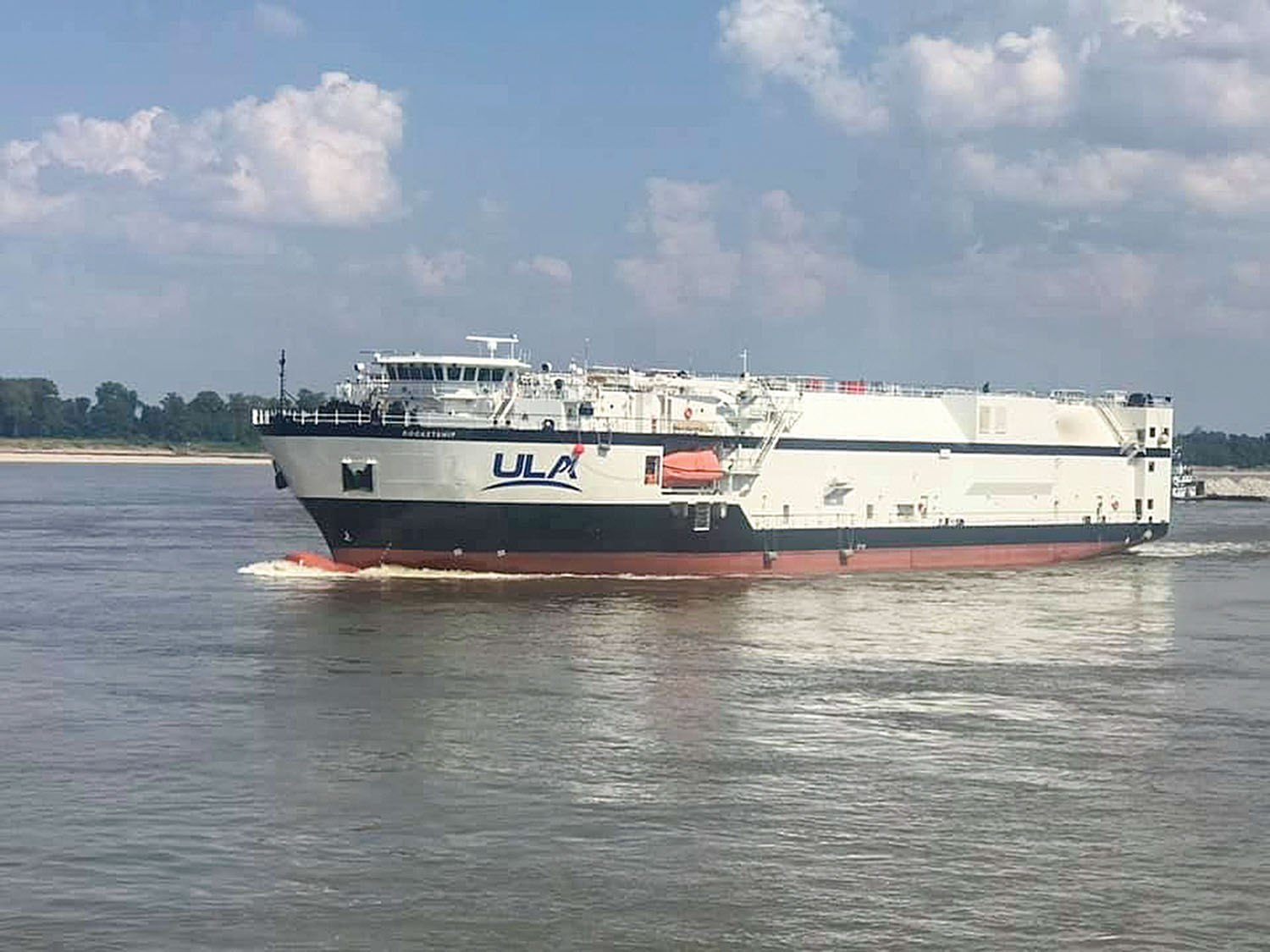 Crowds who watch the launch of spacecraft from Kennedy Space Center or gathered in front of their TVs likely have no idea that for the past 22 years it has taken a special ship traveling down the river system and across the Gulf of Mexico to make it possible.

The ship travels 2,642 river miles and 10,506 ocean miles, from Decatur, Ala., to Cape Canaveral, Fla., and to Vandenberg Space Force Base in California, according to ULA’s website. It is capable of carrying an entire Delta IV Heavy rocket: three boosters, the second stage and payload.

While the deck crew holds unlimited tonnage ocean licenses, on their Florida trips most of the journey is via the Tennessee, Ohio and Mississippi rivers, which led ULA to contract with Seamen’s Church Institute for 2-1/2 days of advanced pilothouse management training January 19-21. About half the time was spent in the classroom with the other half on the simulators at SCI’s Center for Maritime Education in Paducah, Ky.

John Arenstam, the center’s assistant director, said Kongsberg Digital and the STAR Center in Florida worked together to build a model of the simulated RocketShip that works within the digitized world SCI already has at its fingertips. The crew simulated various conditions, including meeting and overtaking towing vessels and recreational boats during high water and low water and locking and in various weather conditions, including fog.

He said ULA sought the training SCI offers because it is as close as possible to real-world conditions.

“The vessel is our own vessel,” he said, looking out the view of the simulated pilothouse windows. “In other places, we were just basically running a tugboat with Z-drive capability.”

As the Rev. Kempton Baldridge, SCI’s senior river chaplain, notes, the RocketShip’s unique cargo travels into space, meaning “the valuable and vital cargoes delivered by R/S RocketShip have traveled farther than those borne by any other ship of any size in all of recorded history.”

That’s a fact not lost on the crew, and one they are proud of.

Sullivan grew up taking family vacations to Kennedy Space Center, but he never envisioned working for the space program. Neither did the the crew’s newest member, third mate Mike Cooper, who is on his second hitch.

Cooper said he especially likes working on RocketShip as he is able to get “more ship-handling experience than you ever would on any blue-water boat.”

Sullivan said it is a unique opportunity for mariners to provide a special service to their country and help to advance the space program into the future.