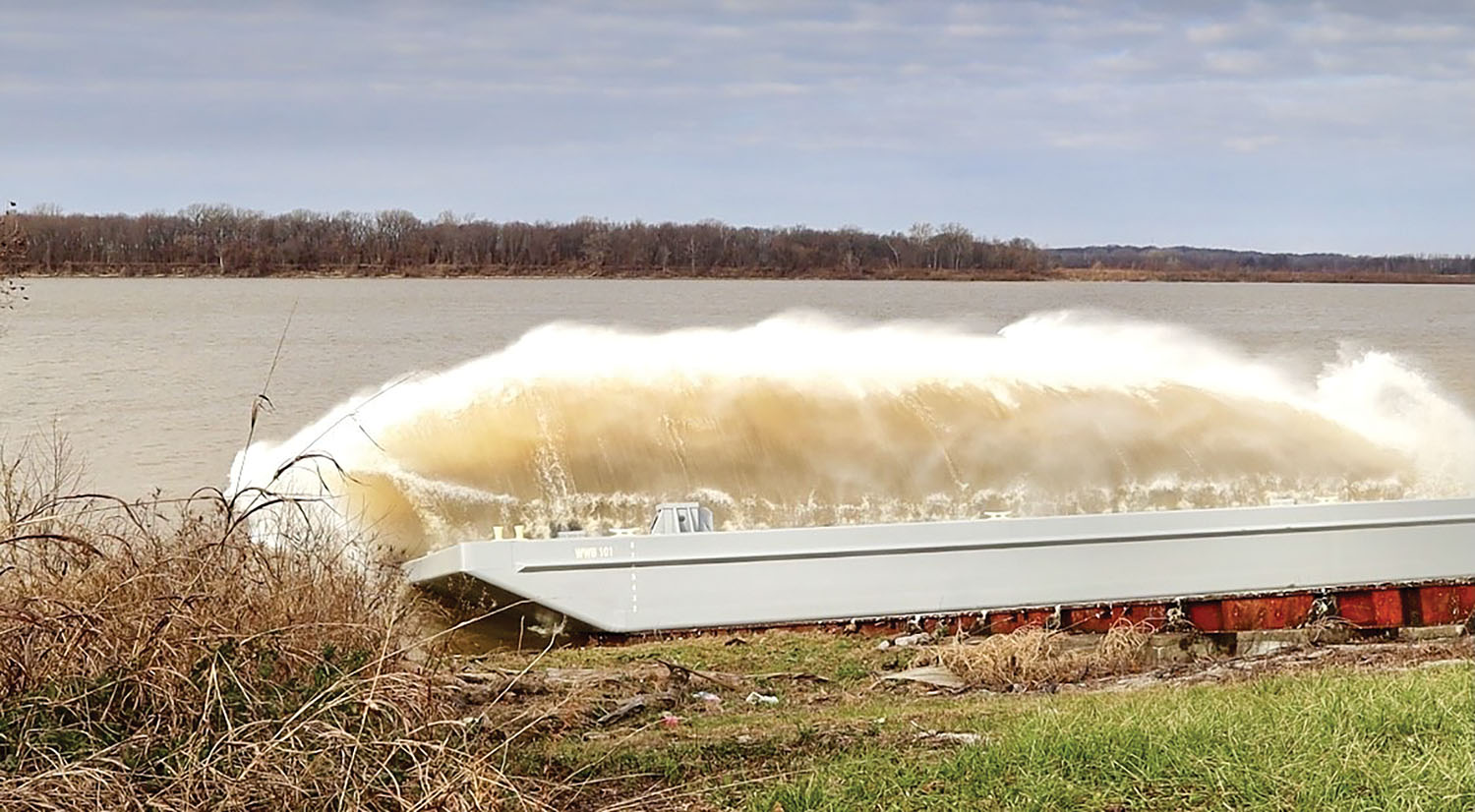 The 150- by 60- by 9-foot barge has four spud wells and two 30-inch-square by 50-foot-long spuds. It is built to support heavy cranes and will be leased out on construction sites, said Jim Yager, manager at Waterways Barge LLC.

The launching ceremony was held at Yager Marine Industries on the Ohio River in Owensboro, Ky. The barge had been under construction about four months, Yager said.

With the barge, Waterways Barge LLC continues to add to its fleet of barges, sectional barges and crane barges available for lease.

Caption for photo: A new 150-by-60-by-9-foot barge is launched into the Ohio River on December 23. The barge is owned by Waterways Barge LLC, is built to hold heavy cranes and is available for lease. (Photo by Emma Davis)