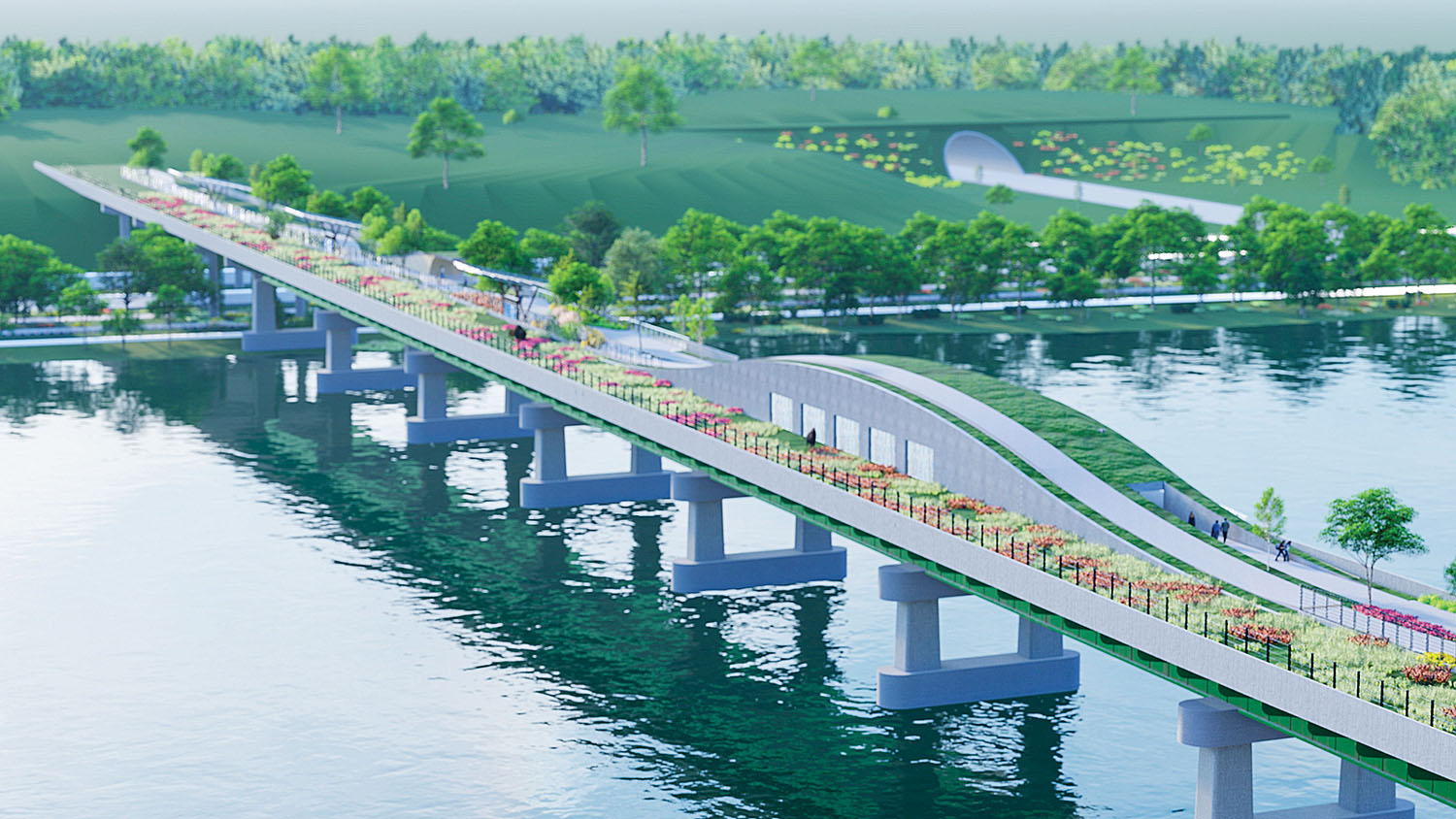 A well-known river cleanup and environmental advocacy organization is taking on a mission to convert an old interstate bridge into a unique park for bison crossing over the Mississippi River.

Chad Pregracke, president and founder of Living Lands & Waters, has had the dream for more than 20 years of converting the Interstate 80 bridge crossing the Mississippi River in the Quad Cities into an up-close viewing area for bison, sometimes called buffalo. The four-lane, steel-girder Fred Schwengel Memorial Bridge connects LeClaire, Iowa, and Rapids City, Ill., at Upper Mississippi River Mile 495.4. It opened in 1966.

The bridge is currently slated to be demolished once a new bridge is open. The first phase of engineering by the Illinois Department of Transportation (IDOT) for potential bridge replacement is underway, so efforts to support the Bison Bridge project are ramping up. More than 37,000 people have already signed a petition in support of the project at www.bisonbridge.org, and a decision about the project’s future could come within the next few months.

Instead of demolishing it, the project calls for the conversion of the bridge’s westbound lanes into a land bridge crossing the river with about 100 acres of grazing land on each side for a small herd of bison.

The eastbound lanes would become a pedestrian viewing area. Pregracke has hopes the bridge could eventually become a national park over the Mississippi River, helping to add to nationwide projects reintroducing wild bison and paying tribute to the region’s history while also promoting the river’s value as a recreational resource and economic engine for the nation’s heartland. Because so many bison were bred with cattle to create a food source, only 13,000 to 15,000 wild bison are left in the country, according to population estimates.
“We will repurpose the bridge for the region, the river and the country,” a narrated video on the project website tells visitors.

Pregracke sees the idea as a “game-changer” and a potential economic driver for the Quad Cities region.

“This would be the longest wildlife bridge in the world,” he said.

The proposal for the project estimates that taxpayers would save $30 million to $40 million by not demolishing the bridge. It calls for both a pedestrian and bison crossing as well as a visitor center directly on the bridge.

“Buffalo are very important,” Baldes said in the video. “They’re our national mammal, but many Americans don’t know the story of buffalo and Native Americans and how important it is today to restore buffalo to our landscapes for ecological integrity but also for cultural revitalization.”

The newly formed Bison Bridge Foundation is advocating at the local, state and federal levels for support, engaging with community leaders, local elected officials, business owners and stakeholders all over the country.

The foundation’s goal is to convince IDOT in conjunction with the Iowa Department of Transportation and under the jurisdiction of the Federal Highway Administration, that the Bison Bridge project is a worthwhile investment.

Support for the Bison Bridge spans across all 50 states with the majority of the supporters living in the Quad Cities and surrounding areas.

For Pregracke, who first earned national acclaim for his one-man Mississippi River cleanups, the Bison Bridge represents a means of putting his hometown Quad Cities “on the map” with a one-of-a-kind tourism attraction. “It will be an iconic stop on Interstate 80 to the 42,000 people who cross it each day,” said Pregracke, whose environmental leadership earned him a CNN Hero award in 2013. “The Bison Bridge would celebrate the history of the land, but also because it’s one-of-a-kind, it’s forward thinking as well. In the Quad Cities, the Mississippi River runs east and west, and you can see Lock & Dam 14 from the bridge. This project is a great way to highlight not only the ecological importance of the river, but also economic importance of the river related to the inland waters system.”

Caption for top photo: Images from a video on the Bison Bridge project website at bisonbridge.org show renderings of the planned bridge, which would include a bison crossing with grazing land in both Iowa and Illinois as well as a pedestrian crossing and bison viewing area, along with a visitor center. (Image courtesy of bisonbridge.org)