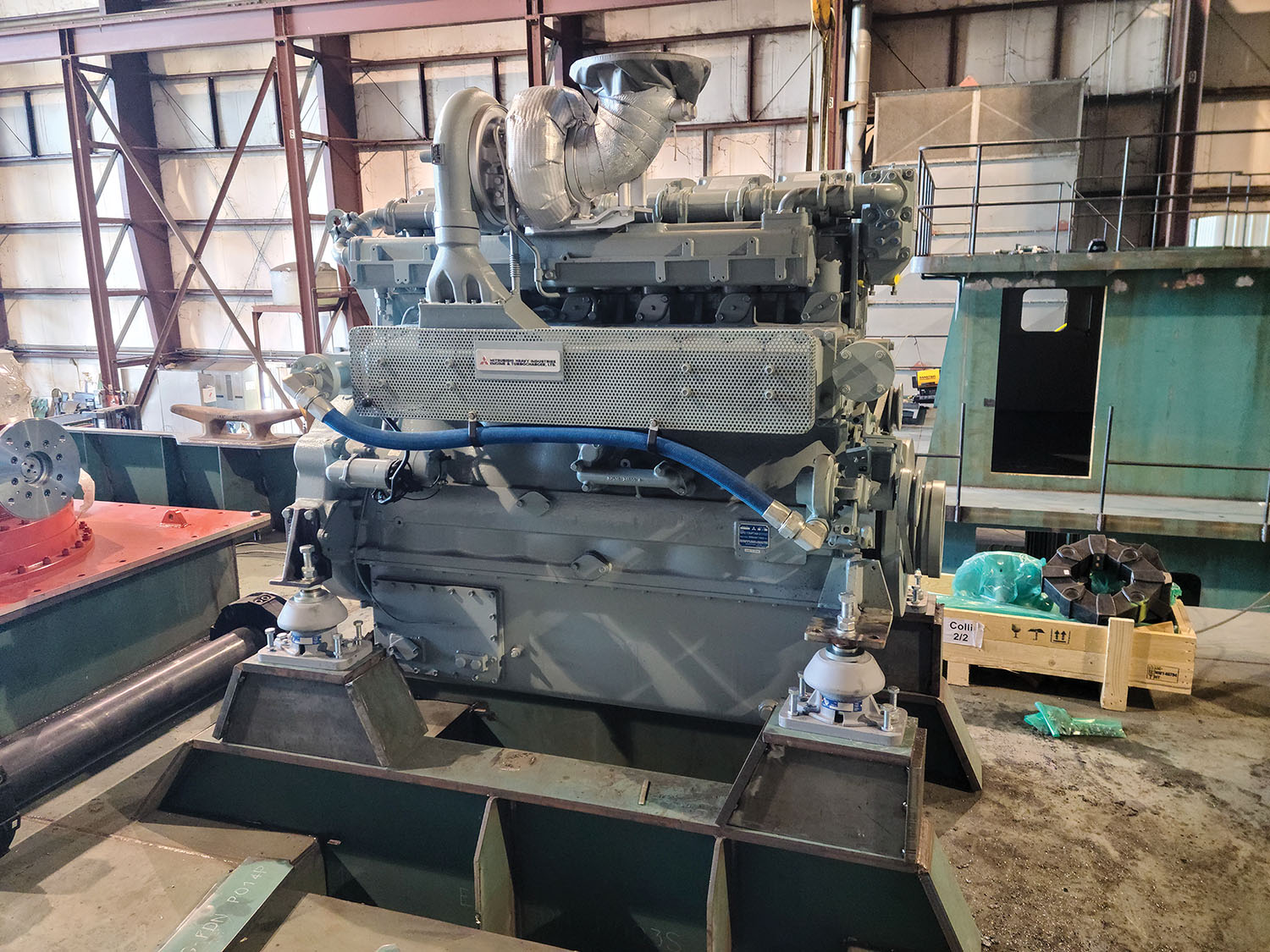 SITCO Towboat To Have Mitsubishi Engines

Southern Illinois Transfer Company, Sparta, Ill., has announced that the retractable-pilothouse towboat under construction at its Kaskaskia Shipyard will be powered by two Mitsubishi diesel propulsion engines, supplied by Laborde Products.

The vessel will be powered by a pair of Mitsubishi S6R2-Y3MPTAW Tier 3 diesel marine engines rated at 803 hp. at 1,400 rpm. each. Additionally, this is the first instance in which Laborde-supplied Mitsubishi engines will be coupled to Veth Z-drives.

The new boat—to be named the mv. Robert S. Wilkins after a retired Corps of Engineers employee who was manager of the Kaskaskia River Project for many years—is expected to be launched in late March, with a christening ceremony possibly in early September in conjunction with the annual barge tour on the Kaskaskia River, said Kurt Johnson, president of Southern Illinois Transfer.

Commenting on the engines, Johnson said, “We are excited about building our first Mitsubishi-powered boat and will be building a second vessel with the Mitsubishis following the completion of this one. Our extensive experience with large displacement and slower turning engines, like the EMDs on the locomotive side of our business, really attracted us to the Mitsubishi S6R2, not to mention we really like the fact that they are mechanical, and we can work on them ourselves.”

Speaking for Laborde, Trace Laborde, vice president of sales, added, “Laborde Products is excited about the growing partnership with Kurt and the whole SITCO team and providing a fully mechanical solution to their fleet.”