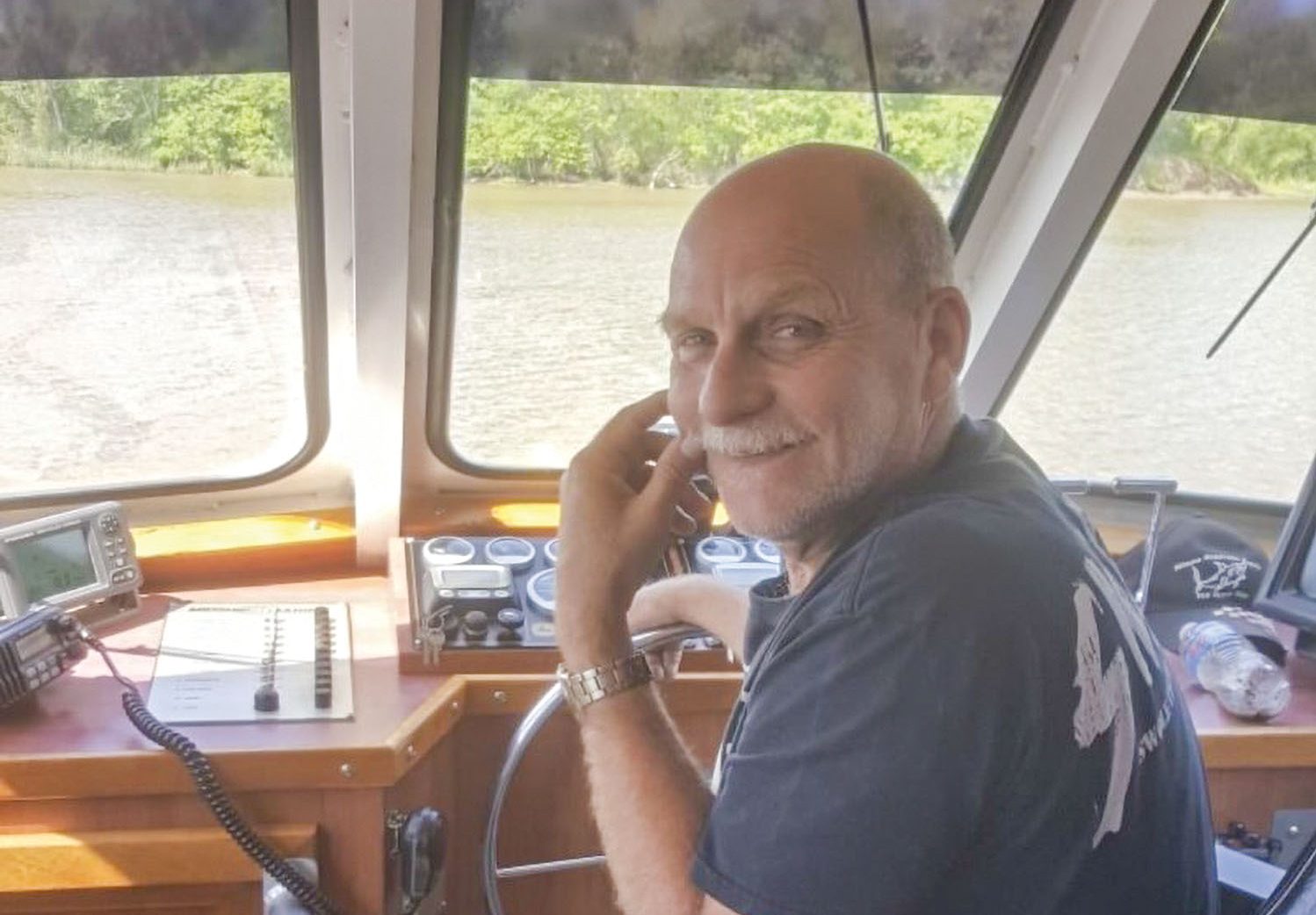 Morris “Moose” Verret, lead captain aboard the mv. Big D, is as passionate about his work today as he was on day one—45 years ago. Verret started out in the maritime industry when he was 16, and he’s spent the past 18 years captaining for Florida Marine Transporters (FMT).

Reflecting on how he got his start, Verret said he literally grew up in the maritime industry.

“It’s in my blood,” Verret said. “I was not only born into a riverboat loving family, but I married into one too. I started as a deckhand at the age of 16 for Lake Charles Dredging & Towing. My Uncle Bruce was the captain.

“Let’s just say he didn’t take it easy on me,” Verret added. “He taught me what it was to deck.”

A few years later, Verret’s “Uncle Junior” and Donnie Theriot launched St. Mary Towing, and that’s where he got his start in the wheelhouse.

“They really took the time to teach me what it meant to be in the wheelhouse,” Verret said. “They made me a seasoned captain.”

“The first time I started traveling on the Upper, I knew that is where I wanted to be,” Verret said. “I always wanted to go bigger and ride bigger boats.”

“Once I got in the wheelhouse, there was no turning back,” he added. “My passion and love for the river continued to grow.”

Reflecting on 45 years of life on towboats, Verret said he can’t imagine doing something different.

“It’s not just a job or career—it’s a lifestyle,” he said. “All jobs have ups and downs, but it does not change my love for riverboat life. I can’t see myself doing anything else.”

Verret said the love and support from his family is what has kept him going all these years. He’s been married to his wife, Candy, for 43 years. They have three children: Bradley, Blake and Chasity.

“Knowing that I have a wife that I can trust makes my job on the boat easy,” Verret said. “I don’t know how she does it.”

When Verret’s mother passed away in 2007, his three sisters who have special needs moved in with him and Candy, with Candy serving as caretaker for them.

“I don’t know how she does it all and never complains,” Verret said. “I always say she is an angel on earth. Having someone at home like her is a huge part to succeeding at this job. She’s been with me from day one. I would not be where I am today without her.”

He also praised Dennis Pasentine, owner and CEO of FMT, for building a company with a great culture.

“Dennis Pasentine makes you want to go the extra mile, because that is what he does for his employees,” he said. “FMT is like being a part of a family. That is rare to find these days.”

Verret admitted life isn’t always easy working away from home. Over the years, good times and hard times alike have happened back home while he’s been on the boat.

“I remember getting a call that my sister passed away,” he recalled. “I was not able to get a relief until the next morning. Getting another phone call like that is something I still fear. You can never be prepared for something like that, but you have to keep your crew safe and do your job.”

Verret said it’s important for his crew to see him “lead by example” and “display the qualities that you want to see in your crew.”

“I don’t ask them to do anything I wouldn’t do,” he said. “This is not a clock-in clock-out job. This boat becomes our home. I expect everyone to treat it with the same respect I do. You can ask anyone about the way I keep my boat. Most say I run a tight ship. I take pride in my job and my boat. Working on the river can be dangerous. I expect rules to be followed to keep everyone safe. That is my priority to my crew.”

When asked what has changed in the industry over the past 45 year, Verret says, simply, “everything.” The role technology plays in the wheelhouse has grown immensely, he said.

“I could run a boat with a load of barges without using most of the technology that some must have today, because of what I learned from older captains that taught me,” he said. “It’s like they knew this river like the back of their hands. They knew those bridges so well. They taught me to learn it the same way.

“From Sam Bo Dean, James Sprinkle, Paul Scroggins and my family, I learned from some great examples,” Verret said.

Verret said that, for up-and-coming mariners who are willing to work, learn and commit themselves to honing their craft, “the sky is the limit in this industry.”

“I’ve seen so many start as deckhands who are now sitting in a captain’s chair,” he said. “That to me is the best experience you can have. Working the upper can be dangerous when the water is high. We have strong currents. You have to know what you’re doing. If you’re willing to learn, you will be prepared for those situations. Having that drive will help you be successful.”

Verret learned that love and passion for the river from his family and the mentors he met along the way, and it’s something he’s passing along to his sons, who are well on their way in the maritime industry.

“I am looking forward to training my oldest son, Bradley, who just received his license last year, and my youngest son, Blake, who is a deckhand and working toward his career as a tugboat captain,” he said. “My sons following in my footsteps is something I’m very proud of, and I look forward to seeing them succeed.”

Verret’s daughter, Chasity Martinez, said she and the rest of her family are equally proud of their dad.

“I always tell him he is a legend on the river,” Martinez said. “I am so proud of him. He has taught me so much and helped me to be successful at my career, because I learned from his dedication.”