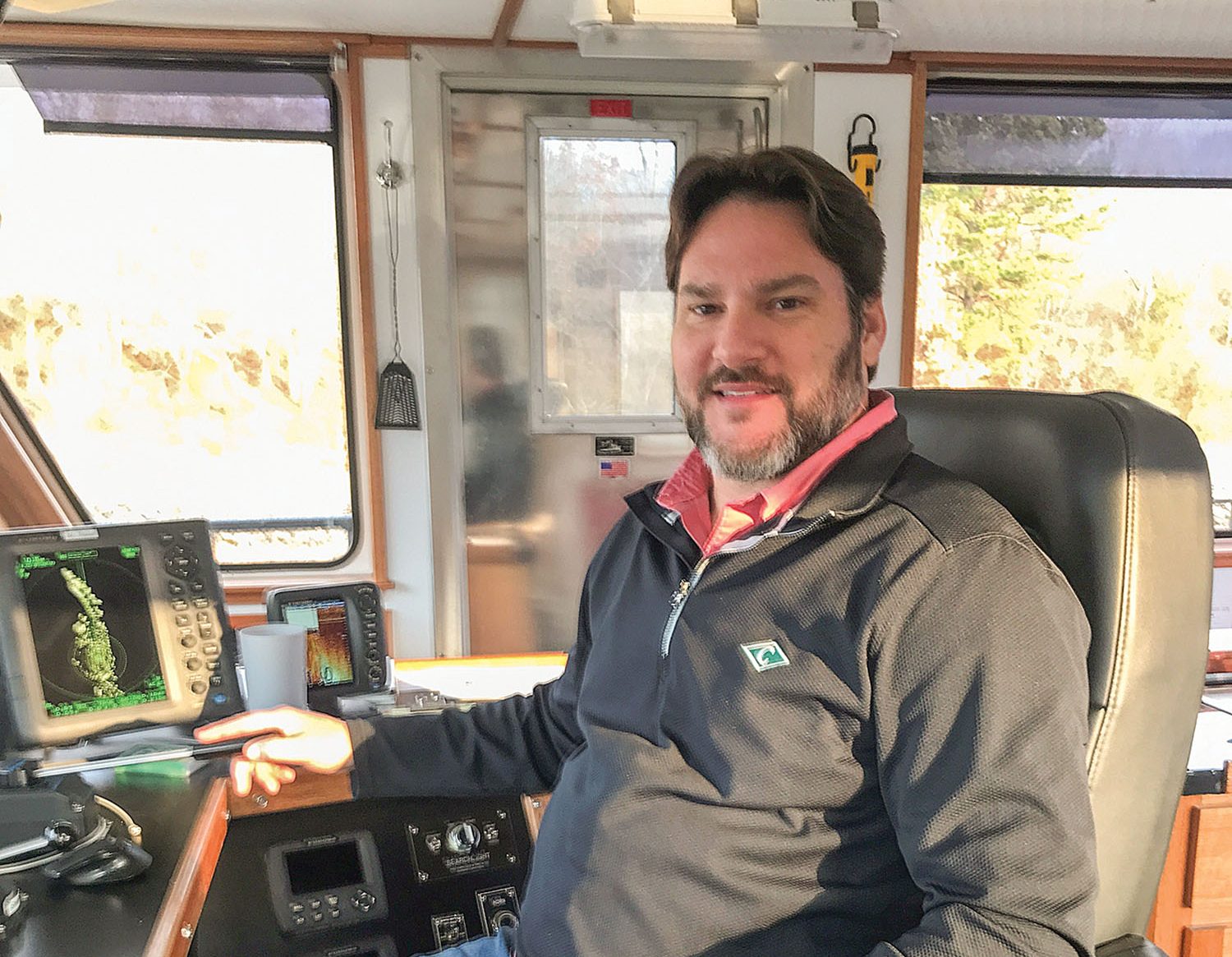 Capt. Richard Ardeneaux wasn’t born into the river business. His father was a truck driver, and, while he is now a respected captain for Cooper Marine & Timberlands (CMT), at one point he wished he’d never set foot on a towboat. In 1999, he slipped off a barge into the Mississippi River near the fleets at Algiers, La., he said, where the harborboat he was working on was spotting a barge. Luckily, a fellow deckhand saw him and pulled him to safety.

“It really scared me,” Ardeneaux recalled. For years afterwards, he did all he could to avoid going back to being a deckhand on a towboat, which he had grown to like, despite the near-tragic incident. He tried various other jobs, including working as an auto damage appraiser for a large insurance company and as a police officer in a small municipality near New Orleans, which he said was “pretty rough.” He fought off the urge to return in part because he had a 6-month-old daughter at the time, he said.

He had initially started on the river between his junior and senior years in high school. A friend of his father’s, a river pilot, got him a summer job on the mv. Compass Cove, he said, which was owned by Compass Dockside. After graduating from high school in 1993, he joined the company full time, working on the fleet boats Compass Point and Sandy C. He left the river and went ashore in 1999, following the man-overboard incident.

After he had been off the river for 10 or so years, he said, he got a call from the same friend who had saved him, asking if he’d like to get back out on the river.

“My friend is named Capt. Joey Howell,” Ardeneaux said. “He was working for Cooper Marine & Timberlands (a part of the Cooper Group of Companies based in Mobile, Ala.). He told me what a great company it is and that he could get me a job with them.” Ardeneaux hired on in 2010 and, four years later, he earned his pilot’s license and became pilot on the original mv. Green Wave, which was replaced by a new towboat by the same name just this year. During the ensuing years, he said, he ran just about every boat in CMT’s fleet.

Today, he is the “man in charge” of the mv. Mary Lynn Cooper, a brand new 70-foot, 1,600 hp. towboat recently built by Blakeley Boat Works for Cooper Marine. In his 12th year with the company, Ardeneaux, 47, said he couldn’t be happier. “Cooper is a mom-and-pop company at heart. Everybody knows my name. Yet, it is big enough to compete with anybody,” he said. “It’s extremely nice to work for a company that appreciates its employees. They have a saying that if you love your job then you’ll never work a day in your life. Well, that’s how I feel working at CMT.”

The Mary Lynn Cooper is the 20th vessel in CMT’s fleet. “I’m extremely happy with the boat,” he said. “She’s very strong and handles like a dream.”

During his off days, Capt. Ardeneaux likes to go camping with his wife and two daughters.